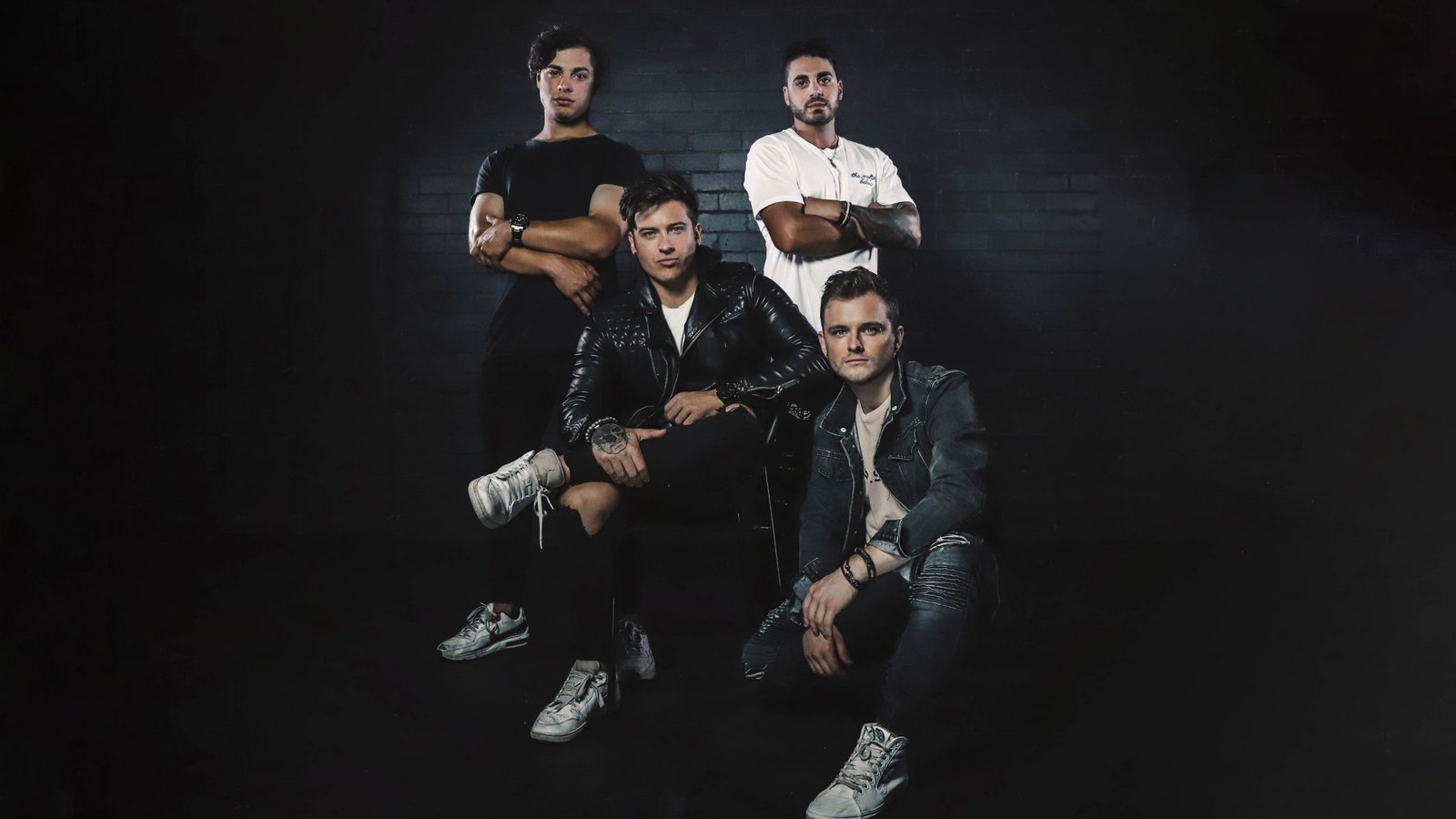 Australian heavy rockers SUSPYRIA lay down a gauntlet with their towering new single and video, The Damage, out now – https://youtu.be/Bp5SZeUEsn0. The potent riff merchants take from an array of areas from across the rock and metal spectrum and cite influences panning from Breaking Benjamin and ADTR to Avenged Sevenfold and Stone Sour.

The beginnings of SUSPYRIA head back to 2018 when vocalist, Terence Stevens, and lead guitarist, Mitchell Black, joined forces with the aim of crafting passionate music that explores and reflects on mental health, addiction, and relapse. Shortly after the formation of the band, and with the addition of drummer Beau Grech, they commenced writing their debut album, Regression. Bassist, Chris Viper, also joined the ranks to perfectly complete SUSPYRIA’s line-up. Recording soon ensued, followed by the release of the album’s namesake, Regression, as a single – https://youtu.be/4vB7l8azYgk . By the end of 2019, the Aussie rock crew released their debut full length album, Regression, to widespread praise throughout their homeland. The exciting hard rockers progressed further with the release of their single, Old Habits Die Hard – https://open.spotify.com/track/05Am3fLuivCGJHJwjYZfQJ , which has amassed over 250,000 Spotify streams. The band also managed to play a host of successful shows at the start of 2020, before they were forced to pause when the world stood still.

During lockdown SUSPYRIA began work on recording their stunning sophomore album, Impermanence, which is set to drop in 2022. This year, the irrepressible quartet set loose their powerful new single, The Damage, which is a striking cut packed with slamming guitar parts, colossal drumming, and anthemic vocal lines that fully ignite and engage. Frontman Terence Stevens remarks about the single: “’The Damage’ is about a toxic relationship, written from an outside perspective, observing two people through emotional trauma, telling their story of self-sabotage and pain. The imagery in the music video heavily reflects this. Confronting personal trauma from my past helped me channel the emotions for this song. It was easy, came naturally, and was written almost entirely in just one day”.