“The Space Between Worlds is a blast, echoing with mid-paced jams about ghosts, chasms, and interstellar travel with no sense of winking irony.  At the end of the day, Howling Giant have made the kind of record that’s to be taken deeply seriously in part because it doesn’t insist that you do.” – KERRANG! 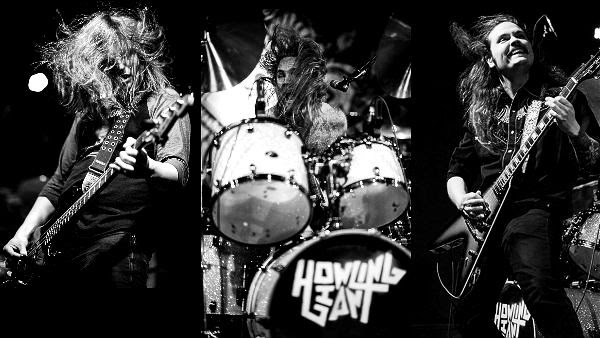 Following the release of arguably one of the year’s best psych-stoner-metal releases, HOWLING GIANT will be delivering the goods live on tour in November. The band’s epic metaphysical sci-fi saga The Space Between Worlds, which debuted at #2 on September’s Doom Charts, is out now from Blues Funeral Recordings.

HOWLING GIANT has also launched a new website that includes an embedded ready-to-play 80s-inspired video game.  Web players of the retro game maneuver a pixelated truck through a pixelated desert and try to avoid hitting pixelated rocks and tumbleweeds and cacti while an 8-bit arcade version of the band’s song “Comet Rider” plays over the action.  Play the game now at www.howlinggiant.com, and find them on tour at the following dates: 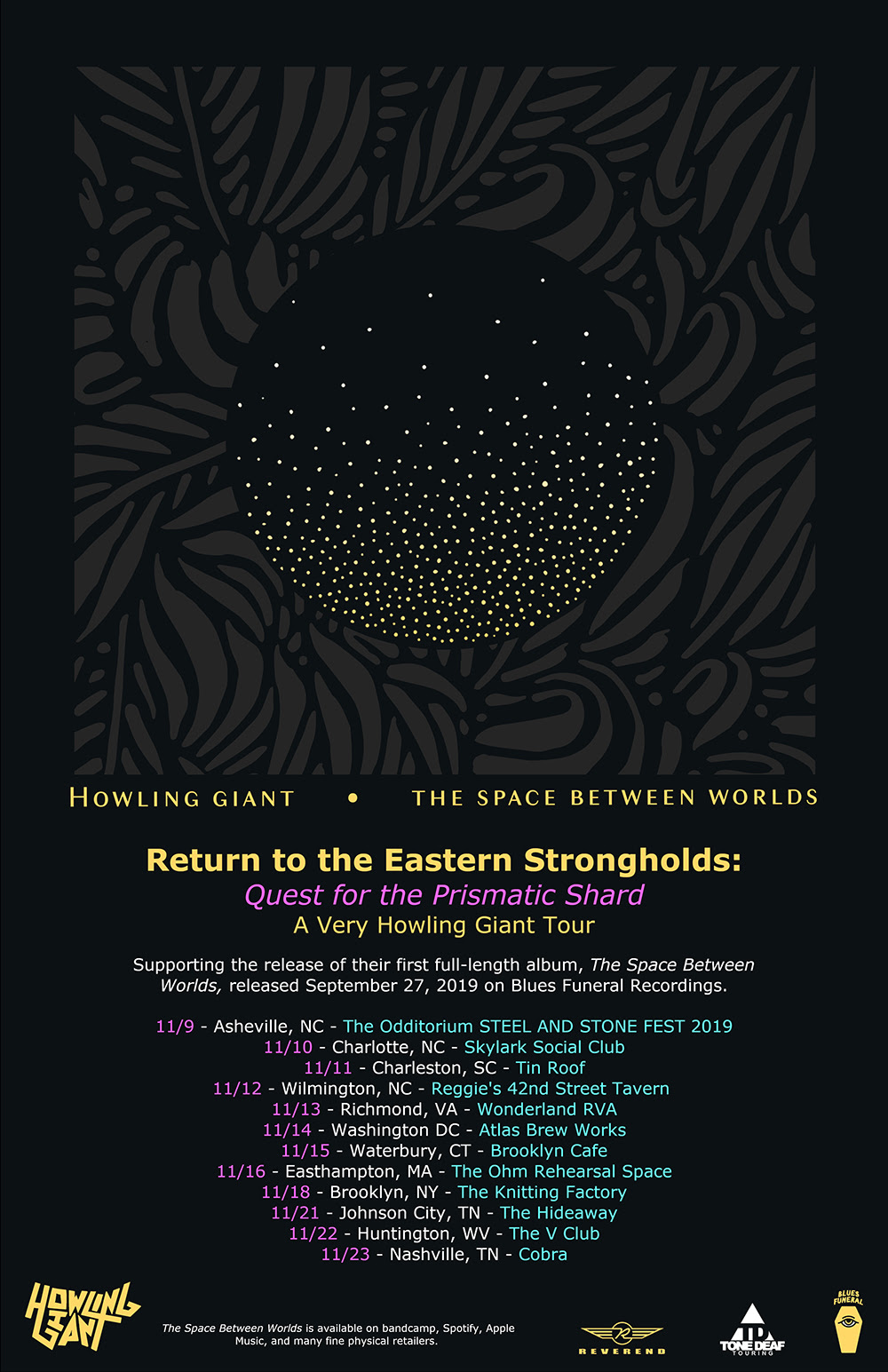 Across numerous tours and festival appearances, three EPs and their first full album, the trio harness heavily-nuanced progressive riff-rock complemented by otherworldly storytelling and the enduring message that the universe we live in could stand to loosen up.  They deliver this message from stages far and wide as often as possible.

Highlighting the band’s tremendous musical prowess and versatility, new album The Space Between Worlds is a warp trail of heavy rock and roll so weird it can only be called progressive.  The acclaimed album gives space to every sonic weapon in the band’s arsenal, all bound by the members’ towering musicianship and golden-throated vocal harmonies.  Friend of the band Drew Harakal adds extra sonic organ and synth textures, and Jason Shi of ASG appears on guest vocals on the track “Ice Castle.”

Dgital and physical editions of The Space Between Worlds are available at bluesfuneralrecordings.bandcamp.com/music and on Spotify here.