STITCHED UP HEART RELEASE THE MUSIC VIDEO FOR “WARRIOR“

Stitched Up Heart release their new music video for “Warrior” today via Another Century. Check out the video HERE. “Warrior” is off the band’s forthcoming full-length album Darkness out March 13th.
“I’m really excited about this video because I was able to come up with almost the entire creative vision for it. From wardrobe, makeup, to cinematography. We wanted to go for a visual aesthetic similar to the movie 300. The director, Ron Underwood, went above and beyond taking every idea I had and making it more than I ever dreamed it to be! I’m very happy with the end result!,” states Stitched Up Heart frontwoman Alecia ‘Mixi’ Demner about the music video.
Darkness features previously released tracks such as “Lost“ feat. Sully Erna of Godsmack, “Darkness“, “Warrior“, “Problems“, “Crooked Halo“, “Dead Roses“, “This Skin“, and their most recent release, “Bones“. The upcoming full-length album was produced by From First To Last singer/guitarist, Matt Good (producer of Asking Alexandria and Hollywood Undead).
Fans can grab Darkness on CD and vinyl along with merchandise bundles exclusively at CenturyMedia.store, including a Darkness t-shirt, logo pullover hoodie, logo beanie, and signed Darkness lithograph posters (limited to 200). Stitched Up Heart also partnered with Guitars 4 Vets to release a limited-edition “Warrior” t-shirt and digital download bundle. A portion of the proceeds will be donated to the non-profit. Shop HERE.
Darkness is the follow up album to the Stitched Up Heart’s debut album Never Alone, which charted at #7 on Billboard’s Hard Rock Albums chart, #14 on Billboard Independent Albums chart, #23 on Billboard Top Albums chart and at #4 on Billboard’s Heatseekers chart. The album features the hit track, “Monster, which peaked at #25 on Billboard’s Active Rock chart and #27 on the Mainstream Rock Songs Chart. Additionally, the band has clocked in over 9 million US streams to date and received praise from outlets such as Billboard, Alternative Press, Revolver, Loudwire and more. 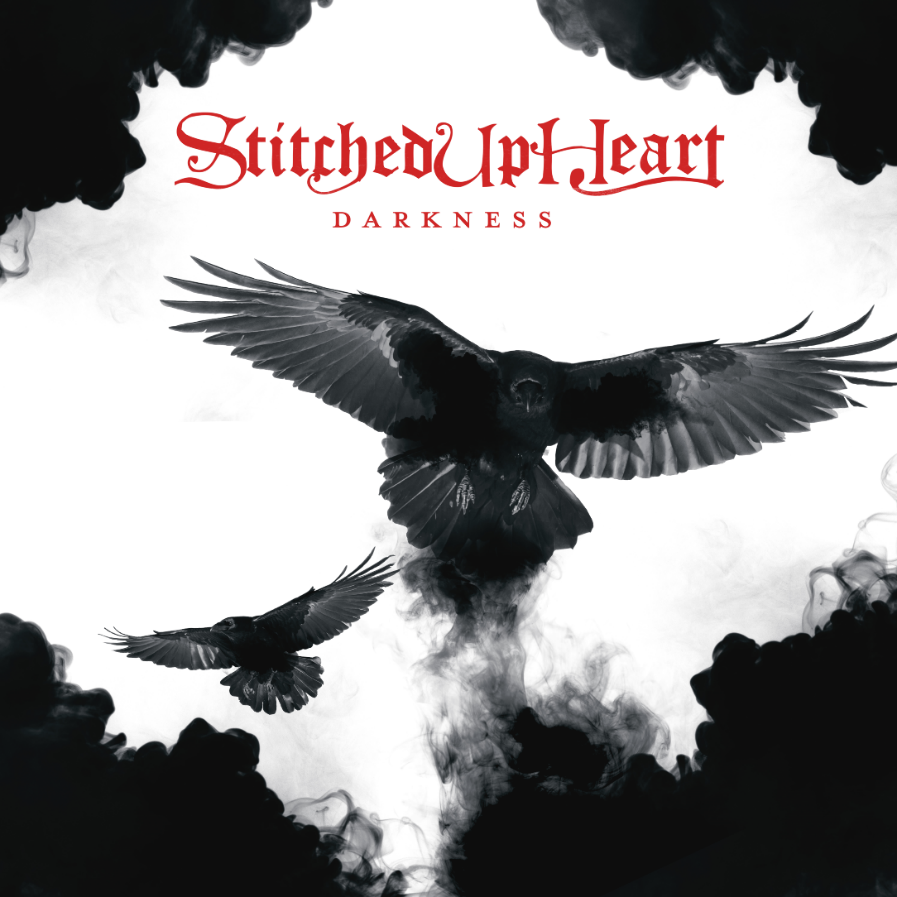