Vinyl Pre-Order Of All Four Albums Available Now On Bandcamp 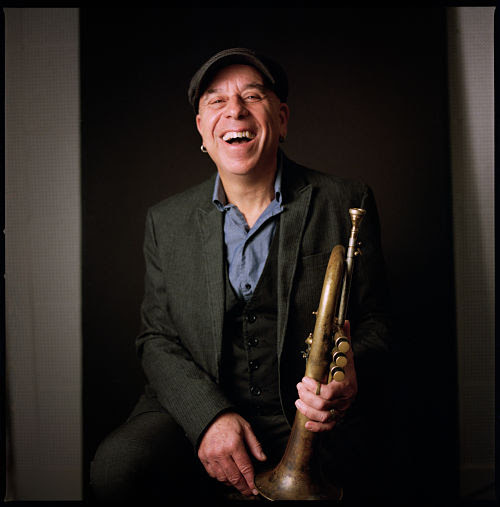 Steven Bernstein :: Photography by Jacob Blickenstaff
Steven Bernstein, the beloved virtuoso trumpeter, arranger, bandleader and composer, has announced ‘Community Music,’ a four volume series that presents one album every three months over the course of a year via independent record label, Royal Potato Family. Indeed, community is the essence of these recordings, made over four days in 2020 and featuring an ensemble of musicians who have been both integral to the NYC creative music scene and co-collaborators with Bernstein for the last 30 years. A superlative quartet of records each showcasing a different facet of this remarkable, one-of-a-kind maestro, the first edition, ‘Tinctures In Time (Community Music, Vol. 1)’ is a collection of incantatory originals, to be issued September 3, 2021; the aptly titled ‘Good Time Music (Community Music, Vol. 2)‘ with singer Catherine Russell follows on January 7, 2022; ‘Manifesto of Henry-isms (Community Music, Vol. 3)‘ comprised by re-imaginings of Bernstein’s inspired arrangements for the brilliant New Orleans pianist Henry Butler & The Hot 9 with guests John Medeski and Arturo O’Farrill is out May 6, 2022; and ‘Popular Culture (Community Music, Vol. 4),’ a set of Bernstein-ian takes on The Grateful Dead, Charles Mingus, The Beatles and others, concludes the series on September 2, 2022. The ‘Community Music’ series is being introduced with a four song sampler out today (listen/share) across all streaming platforms. Vinyl pre-order for all four albums is also now available on Bandcamp.

Why release four records in one year? Steven Bernstein‘s answer is succinct and definitive: “Because why not?” The initial spark for ‘Community Music‘ might have come when Henry Butler passed in 2018 and then Bernstein’s mother the following year.  Understandably, Bernstein began to consider his own mortality—and his musical legacy.  “I thought, ‘While I’m still on the planet, I need to start documenting my arrangements,'” he says.  He won a Shifting Foundation grant (previous recipients include Bill Frisell, Craig Taborn and John Zorn) to do just that: document as many of his unrecorded and sometimes even unperformed arrangements as possible.

The band gathered at a Brooklyn studio in January 2020.  Every day, Bernstein made sure to lay out a nice spread—a band, like an army, travels on its stomach—and the old friends would nosh and shoot the breeze for a while, then get down to work.  They’d rehearse each tune for 45 minutes or so, then do two takes with no Protools fixes, no Autotune and no overdubs.  “All the musicians are reacting to each other in real time, so you can’t use any of those tricks,” Bernstein says.  “So this is exactly what happened: it’s the music we played.”

The ‘Community Music‘ sessions are organic music played by gifted musicians with both solid roots in tradition and a zest for invention. “Deep down, it’s the Ray Charles horns, the Duke Ellington horns,” says Bernstein. One of the great achievements of these fascinating records is to catapult those quintessential sounds into the 21st century.

It’s called ‘Community Music‘ because the musicians of the Millennial Territory Orchestra and The Hot 9have been working with each other in various combinations for decades, with Bernstein at the center of it all.  Bernstein has known pianist Arturo O’Farrill for well over 30 years and drummer Ben Perowsky for nearly 40; he’s been playing music with saxophonist Peter Apfelbaum since they were twelve years old. And he’s known everyone else in the band for at least 25 years, starting when Bernstein moved from Berkeley to New York City in 1979 and soon found himself in the thick of the golden age of the downtown jazz scene, much of it centering around John Lurie & The Lounge Lizards, a band he eventually joined.

When musicians work with each other for that long, they develop what’s often called telepathy but is really trust, a key concept in Bernstein’s musical philosophy.  ‘Community Music‘ might be four separate albums, but it’s also just one episode of a musical conversation that’s been going on for decades. “The reason all this music even exists is the honest communication we’ve developed over the years,” Bernstein says. “And not only are these people excellent musicians, they’re distinctive players.  Those arrangements are written for the specific people who are playing them, and that’s why it sounds the way it does.”

The ‘Community Music‘ sessions incorporate the past into the present, making music that’s a new kind of timeless. “Levon Helm‘s not here, and Henry Butler‘s not here, and Hal Willner‘s not here, and Roswell Rudd‘s not here, and Lou Reed‘s not here,” says Bernstein.  “So I’m carrying forward all the stuff I learned from them—but through me, the way I look at it.  Hal used to say, as our favorite musicians were passing, ‘It’s up to us now — we need to make the music with the same intent as our heroes.  We have to be our own heroes now.'”

The Millennial Territory Orchestra community are heroes in that sense but also in the way they’ve come together to make this essentially joyous music even in the face of misfortune.  It’s the spirit of the New Orleans second line, alchemizing sorrow into a celebration of life.  “These records really aren’t all about my loss,” Bernstein says, “but that’s also what’s bonded this community in an even stronger way because those experiences have given us an even greater awareness of how sacred life is.  You hear that in all of this music, whether it’s a happy song or a sad song, you can hear the reverence we all have for life.  We don’t take these opportunities to play music together lightly.”  And you can hear that loud and clear on every note of every tune of the four volume ‘Community Music‘ series.  Listen and be uplifted. 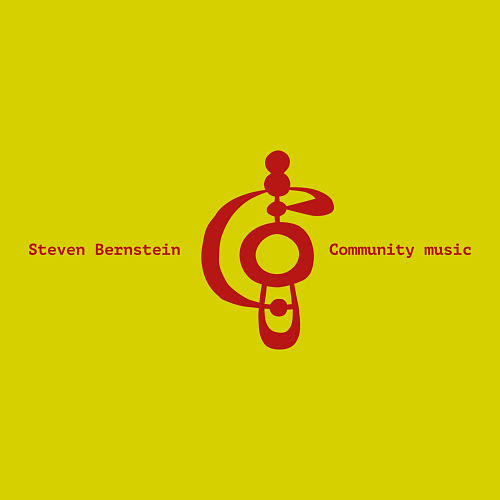