FROM UPCOMING ALBUM LIVE: IT’S BEEN AWHILE OUT MAY 7

BAND TO CELEBRATE ALBUM RELEASE WITH

THE RETURN OF STAIND: A TWO-PART GLOBAL STREAMING SERIES

IN PARTNERSHIP WITH DANNY WIMMER PRESENTS 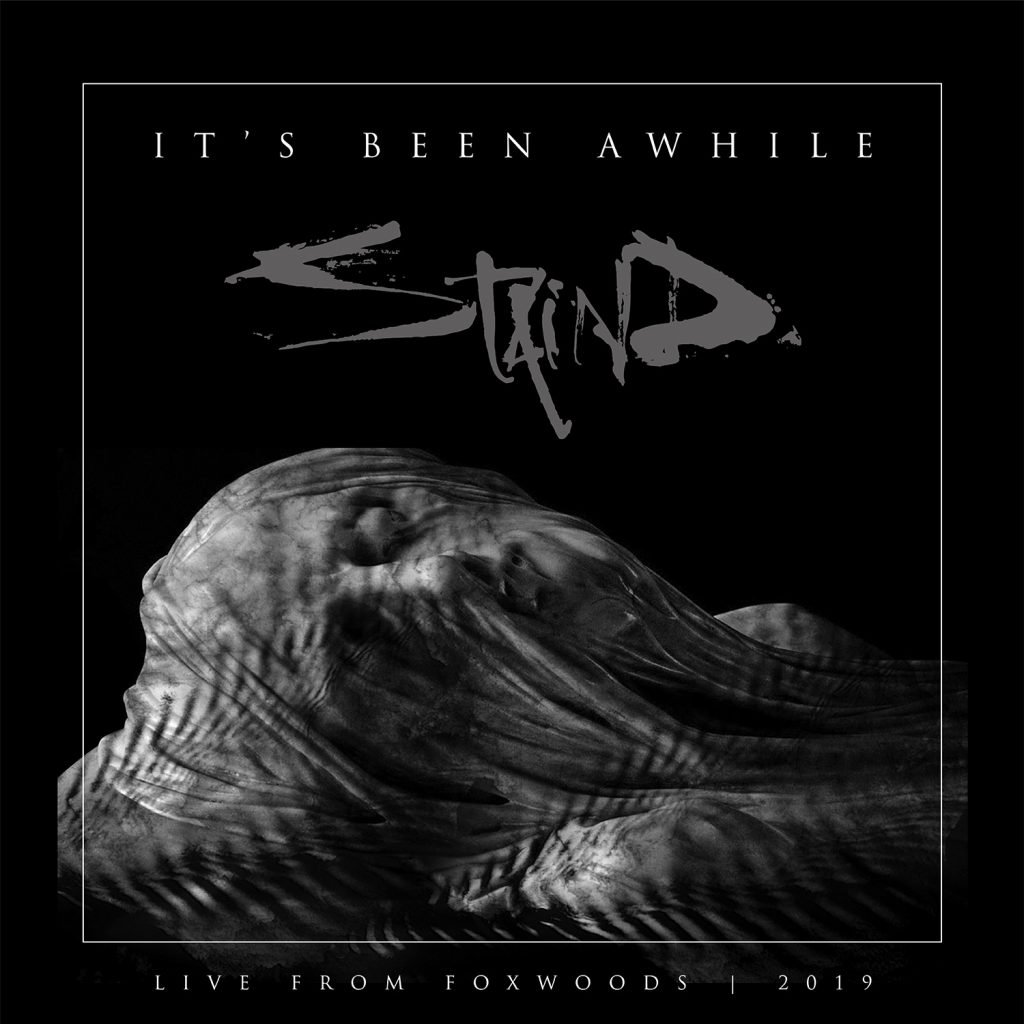 LOS ANGELES, CA (April 20, 2021) – Multi-platinum rock band STAIND has released a live version of “Mudshovel” from their upcoming album, Live: It’s Been Awhile, out May 7 via Yap’em / Alchemy Recordings. Listen to  “Mudshovel” HERE

The classic “Mudshovel” is from Staind’s 1996 self-released debut album, Tormented which led to the band’s first record deal with Flip Records. “There hasn’t been a gig since we first wrote this song in ’96 where we haven’t played Mudshovel,” says Staind guitarist Mike Mushok. “It’s definitely become a fan favorite and I have as much fun playing it now as I did back then.”

The forthcoming new album, Live: It’s Been Awhile will be accompanied by The Return Of Staind: A Two Part Global Streaming Series in partnership with Danny Wimmer Presents. The series launches with STAIND’s

May 8 streaming event, exactly 20 years after the album’s release.

Both global streaming events debut at 2:00 PM PDT / 5:00 PM EDT / 10:00 PM BST / 11:00 PM CEST on their respective days and will be available on-demand for 72 hours. Watch the official trailer for The Return Of Staind: A Two Part Global Streaming Series here: https://www.youtube.com/watch?v=OHznEvJL_nI

Purchase tickets for one or both of the STAIND global streaming events at StaindLive.com. Fans can also purchase bundles and VIP experiences, including exclusive merchandise, a custom STAIND guitar autographed by the entire band, and a virtual meet & greet with the band. 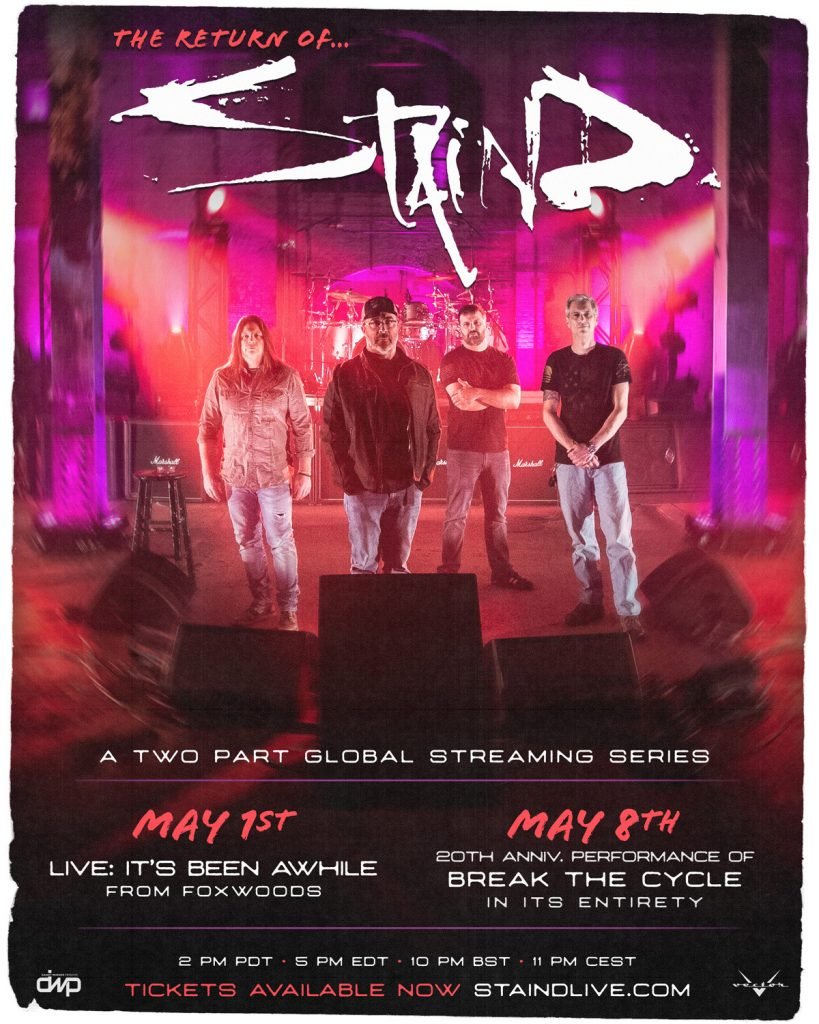 About STAIND: STAIND is comprised of lead vocalist and rhythm guitarist Aaron Lewis, lead guitarist Mike Mushok, bassist and backing vocalist Johnny April, and drummer Sal Giancarelli. The band was formed in 1995 in their hometown of Springfield, Massachusetts. Over the course of their career, the band has released seven studio albums and eight Top 10 singles, selling over 15 million albums worldwide. Break The Cycle, released in 2001 and RIAA certified 5x platinum, featured the smash single, “It’s Been Awhile,” one of the most played songs in modern rock radio history, spending 20 weeks at Number 1. In 2019 after a five-year hiatus, STAIND reunited for some unforgettable festival performances, and a hometown reunion show at Foxwoods Casino in Mashantucket, CT where their upcoming album, Live: It’s Been Awhile was recorded. www.staind.com

About Danny Wimmer Presents: Since 1993, music industry veteran Danny Wimmer has been producing concerts and festivals, both large and small. In 2011, he formed Danny Wimmer Presents, which now produces several of the largest rock and alternative festivals in the U.S. By combining A-list talent with local cuisine and culture, DWP has become recognized within the industry for delivering the highest-quality entertainment experiences to fans, artists, sponsors, partners and host cities. DWP creates memorable and all-encompassing festival experiences, leaving both consumers and partners with lasting and meaningful impressions. DWP will continue to add new music festivals to its already stellar portfolio, which currently includes Aftershock, Bourbon & Beyond, Epicenter, Hometown Rising, Louder Than Life, Sonic Temple Art + Music Festival, and Welcome To Rockville. Previous DWP festivals include Rock On The Range, Carolina Rebellion, Northern Invasion and more. In 2020, DWP launched the popular digital series Offstage with DWP and Beyond the Barrel, and ventured into the digital content curation space, promoting pay-per-view live streams.