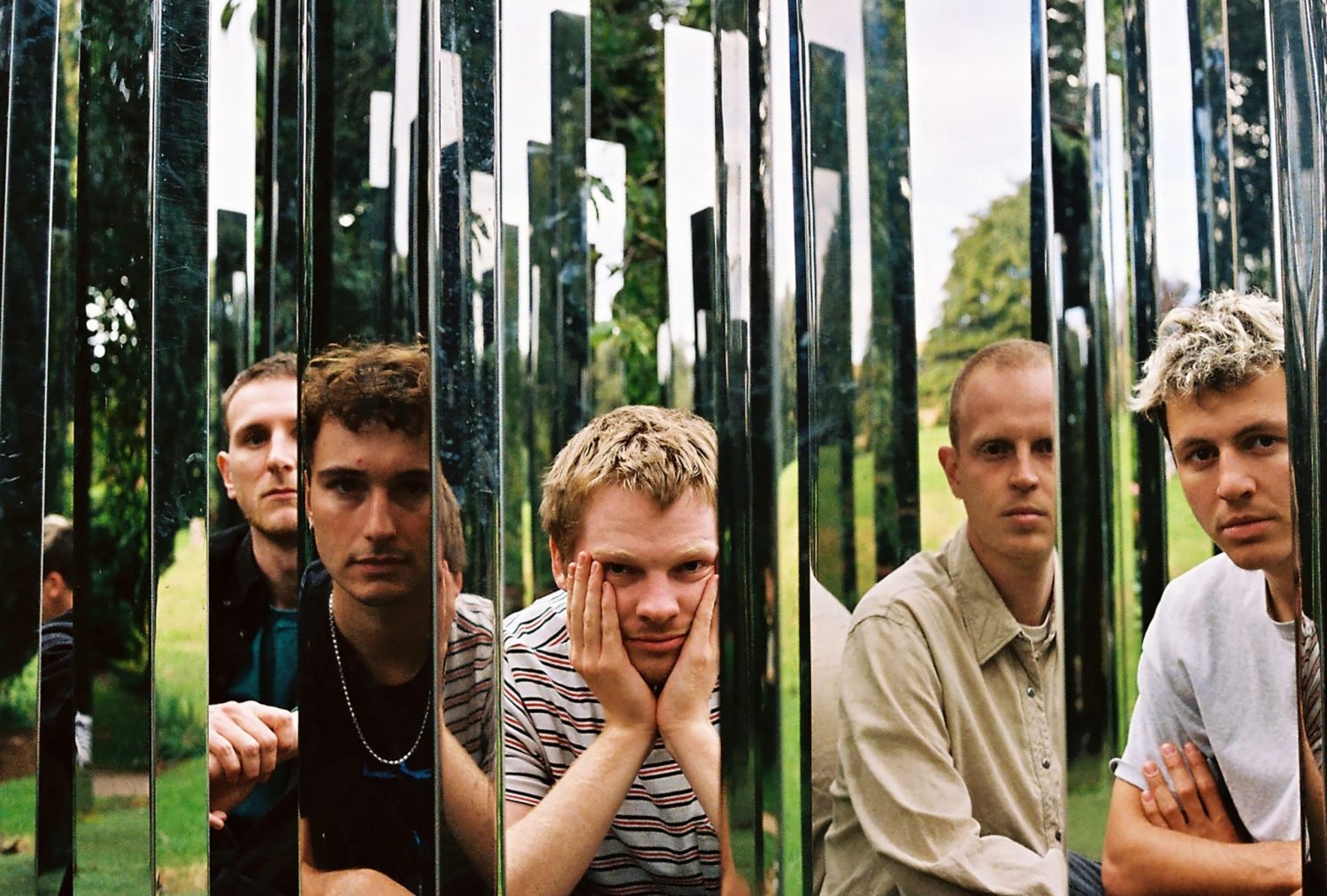 SQUID have released PAMPHLETS, the third and final single from their forthcoming debut album BRIGHT GREEN FIELD. Produced by Dan Carey, the album will be released on 7 May via Warp Records. The single begins with plucked guitars and precise rhythms before the band close in to create a wall of sound as they tear into the fabric of their own music to reach a breathless, breakneck conclusion.

Ollie on PAMPHLETS: “It’s about all the rubbish right-wing propaganda you get through your front door. It imagines a person with that as their only source of news being taken over by these pamphlets.”

SQUID recently recorded a ‘live to vinyl’ session for Record Store Day which was also broadcast live on the Steve Lamacq show on BBC 6 Music, and for which they enlisted string and horn players for new arrangements. Previous singles NARRATOR and PADDLING both landed on the BBC 6 Music A-list, drawing great critical acclaim and heightening anticipation for one of the most exciting debut albums of the year.

BRIGHT GREEN FIELD features field recordings of ringing church bells, tooting bees, microphones swinging from the ceiling orbiting a room of guitar amps, a distorted choir of 30 voices, as well as a horn and string ensemble featuring the likes of Emma-Jean Thackray and Lewis Evans from Black Country, New Road. However, for all the innovative recording techniques, evolutionary leaps, lyrical themes, ideas and narratives that underpin the album, it’s also a joyous and emphatic record. One that marries the uncertainties of the world with a curious sense of exploration as it endlessly twists and turns down unpredictable avenues.

Formed in Brighton SQUID is the brainchild of:

Following recent announcements of the band’s rescheduled headline UK and EU tour and their socially distanced Fieldworks tour comes news of the first ever SQUID headline USA tour in November this year. UK dates for 2021 as follows:

* Two shows back to back