SUBWAY TO THE STARS

youtu.be/_YWYEhwArMc
“Our primary intention was to go back to the egg. Not to the debut album, but even before then.
When we were unsigned, rehearsing in the East Village in NYC and just putting our first songs together.
We worked every day and night on our dream. We were a gang and no-one could tell us we couldn’t
accomplish something. That’s when we were at our rawest and nastiest and the intensity was completely
off the meter. Of course, you can never truly go back in time, as everyone learns and evolves; however,
I wanted to remember that feeling of writing razor riffs in those basement spaces in 1989, then add it to
current experiences.” So says Spread Eagle founder and bassist Rob De Luca on what fans can expect
from his band’s long-awaited new album, their first for 26 years.
Of the record’s first single, ‘Sound of Speed’, he continues: “We wanted something that had a strong
sense of propulsion. After that verse riff popped out, the chorus and other sections flowed effortlessly.
From very early on in the writing process, I felt this should be the song to reintroduce Spread Eagle.
I was happy that Frontiers had that exact same vision for it. It invokes the spirit of our inception with
some additional skills that we’ve learned.” 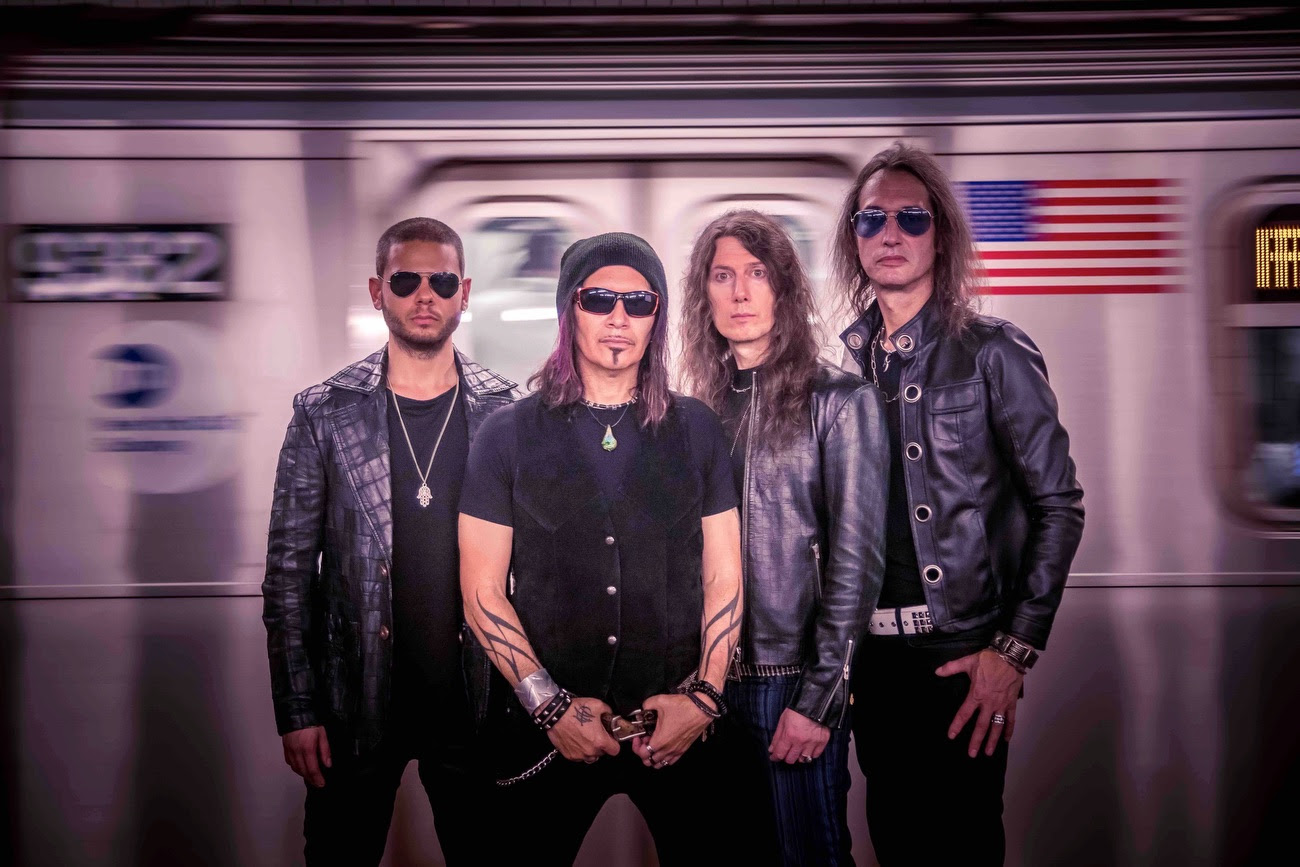 Spread Eagle burst upon the hard rock scene of the late 80’s/early 90’s playing a brand of rock that hailed
straight from the mean streets of New York City. When Paul DiBartolo (guitar), Rob De Luca (bass) and
Tommi Gallo (drums) moved to NY and met up with Ray West (vocals), East Coast Street metal was born.
The group was quickly snatched up and signed to MCA/Universal Records, then sent straight into the
legendary Record Plant studios to record an album. Their self-titled debut was produced by Charlie
Gambetta and featured a gritty and dangerous sound with wailing vocals and razor sharp guitar, as heard
on songs such as ‘Switchblade Serenade’, ‘Scratch Like A Cat’ and ‘Broken City’. Four years later, after the
release and touring of their second album, ‘Open To The Public’ (also produced by Gambetta), the band
took an extended break and went about their own personal projects.
Spread Eagle reformed in 2006 under the direction of Ray West and Rob De Luca (who has also worked
with UFO and Sebastian Bach), plus new members in Ziv Shalev (guitar) and Rik De Luca (drums).
The band has been together ever since but did not start making a new album until their recent signing to
Frontiers, following which songs for ‘Subway To The Stars’ were put together in the Music Building in
NYC, the exact same place where the songs for their debut were rehearsed and written. The recording
then took place at Studio E in Brooklyn, NY with Grammy Award winning engineer Tom Camuso.
‘Subway To The Stars’ does not disappoint and picks up right where Spread Eagle originally left off all
those years ago. The band is a welcome addition to the Frontiers family, where they have become yet
another vital band from the 80’s/90’s rock scene to release amazing new music in the 21st century!
SUBWAY TO THE STARS
TRACKLISTING
1  Subway To The Stars
2  29th Of February
3  Sound Of Speed
4  Dead Air
5  Grand Scam
6  More Wolf Than Lamb
7  Cut Through
8  Little Serpentina
9  Antisocial Butterfly
10  Gutter Rhymes For Valentines
11  Solitaire 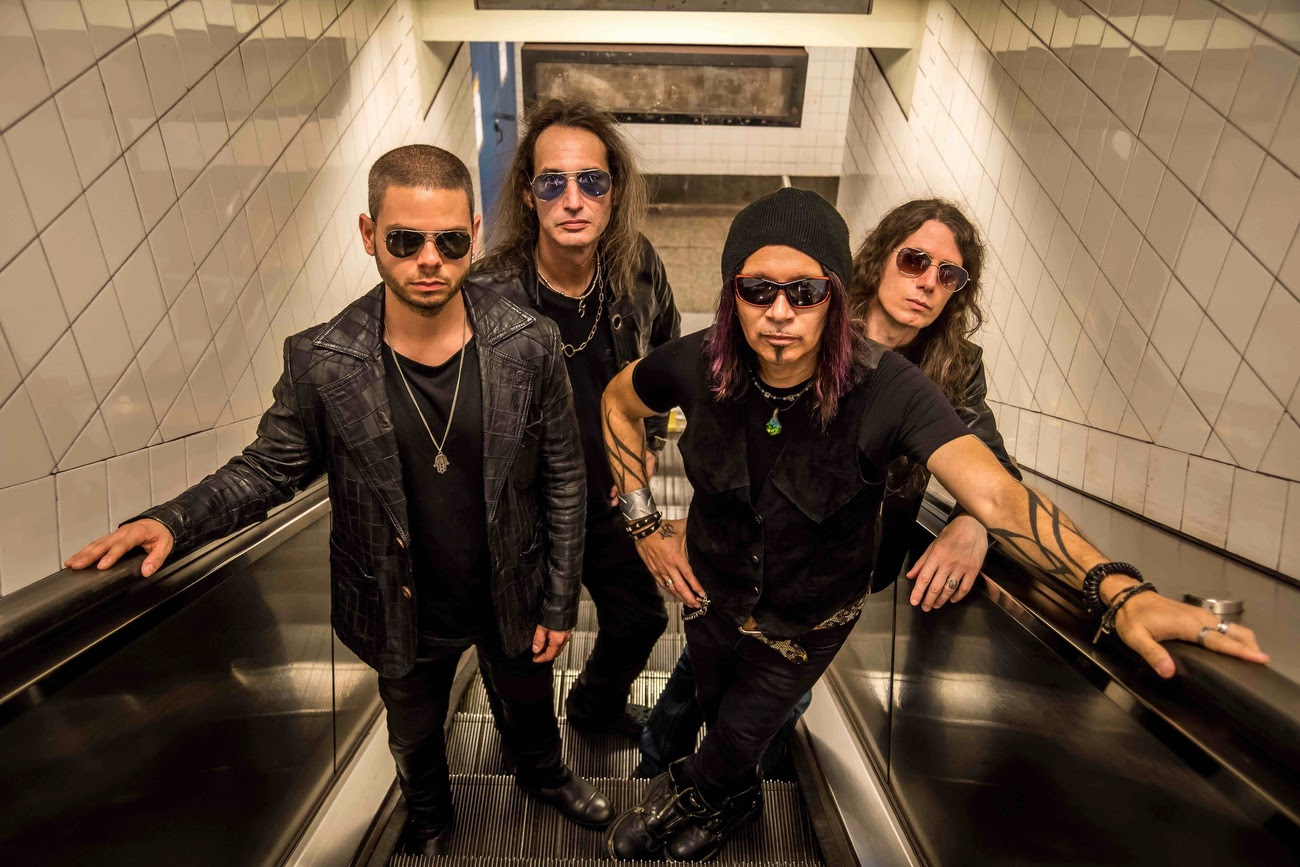 SPREAD EAGLE
Ray West – lead vocals
Rob De Luca – bass, vocals
Ziv Shalev – guitars
Rik De Luca – drums, percussion
facebook.com/SpreadEagleNYC
ABOUT FRONTIERS MUSIC SRL
Originally founded in Naples, Italy in 1996 by Serafino Perugino and his father Fernando as a
distribution company, Frontiers has developed into one of the premiere independent rock labels in the
world. Synonymous with quality music from across a broad spectrum of rock genres, the company has
worked with multiple genre heavyweights and fan favourites. Aside from providing a home for classic
artists from the 1970s and 80’s, it also boasts a wealth of young, up and coming talent that, with a savvy
and forward thinking A&R and marketing approach, will be developed into the future of rock and metal.
With a deep commitment to and passion for THE MUSIC and the artists who create it, plus massive
global distribution, sales, marketing and publicity channels, Frontiers is the premiere home for both
established and emerging rock artists.
Head Office: Naples, IT | U.S. Office: Nashville, TN
Subscribe to be alerted when new videos are added:
radi.al/SubscribeFrontiers
Follow the ‘Newest From Frontiers’ playlist on Spotify:
spoti.fi/1rQz5Zm