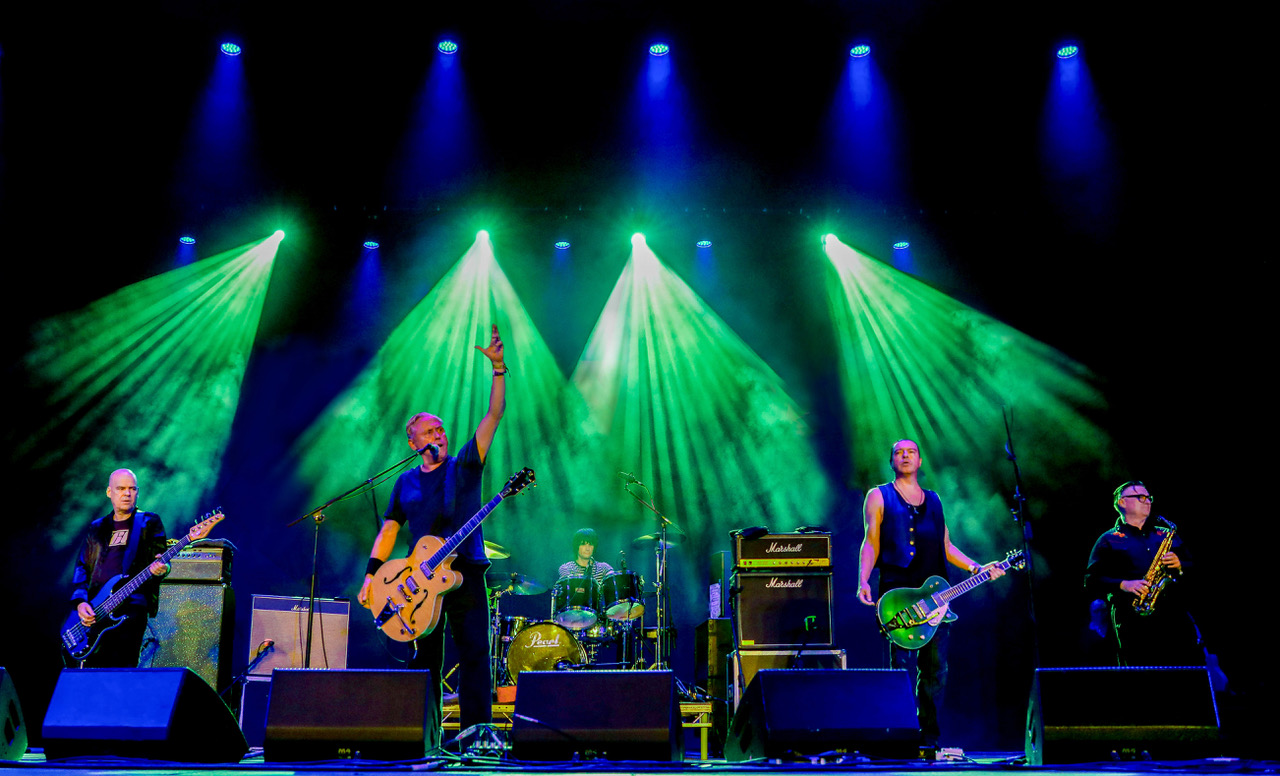 “Spear of Destiny are criminally underrated and are one of Britain’s best, Boys Own, punch the air, grandiose Rock’nRoll bands.”– John Robb, Louder Than War
“Kirk Brandon is one of our greatest musical geniuses”- Jeremy Vine, BBC

Hard to believe we know but it is true, Kirk Brandon has now been leading SPEAR OF DESTINY for over 38 years.

Spear of Destiny were formed in 1983 after the demise of Kirk Brandon’s post punk iconic rockers THEATRE OF HATE. (Brandon had also, before TOH, been the main man in every punk rockers favourite band of that era The Pack)

The current line up of Spear is the longest serving to date and features Adrian Portas (New Model Army / Sex Gang Children), Craig Adams (Sisters of Mercy / The Cult / The Mission) and Phil Martini (Jim Jones and the Righteous Mind) on drums. During 2019 the line up was boasted by Saxophonist Clive Osborne who will be staying in the line up for 2021.

On April 6th 2018 SPEAR OF DESTINY released their 14th studio album “Tontine” The album was been fully funded from a private fan pre-sale. The album is officially released for Brandon’s own Eastersnow Recording Company label imprint and is available on CD, Vinyl and Download across Europe. US label Cleopatra Records will be handling the North American release.

Just before the lockdown of 2020/1 the band went into the studio and re-recorded perhaps their best known album, 1985’s WorldService. Eventually releasing the album to much critical acclaim in November 2020. The upcoming ‘WorldService @35’ UK Tour set will feature the album + b-sides in full and the show will be finished with a career spanning extended SOD encore.