“[Gold Chain Punk] finds freedom in nihilism and something almost like joy in the idea that if people will try to punish you anyway, you may as well do whatever the fuck you want “- Consequence #11 of 50 Best Songs Of The Year So Far

“On their groundbreaking new album, the Philadelphia hardcore group mixes actionable rhetoric, absurdist humor, and breathtaking vulnerability like no band before them” – Pitchfork ‘Best New Music’

“One of the most thrillingly thrashy, brilliantly based, and convincingly punk hardcore albums in years” – SPIN

“Hardcore can sometimes be a formulaic thing, and it can also be an oppressively white thing, but Soul Glo push back hard against the idea that it has to be either”- Stereogum

“It’s the most breath-snatchingly thrilling and brain-nourishingly on-point hardcore album not just of 2022, but also in recent memory” – Revolver

Soul Glo has had a whirlwind year so far with no plans of coming up for air. Hot on the heels of their freshly released album ‘Diaspora Problems’, today they share the music video for opening track “Gold Chain Punk (whogonbeatmyass?).” The scathing circle-pit ready song “finds freedom in nihilism,” via Consequence 50 Best Songs Of The Year roundup. “Something like joy in the idea that if people will try to punish you, you may as well do whatever the fuck you want.”

The experimental group is known for their inventive fusion of genres and while the evolution of their sound is inimitable, small-minded music fans desperately want to put them in a box. The music video satirizes the frustrations of being lumped together with other bands and artists due to the color of their skin when individually, they hold it down on their own. Vocalist Pierce Jordan, one of AV Club’s ‘20 Best Frontpeople In Modern Rock,’ explains,

“If you’re a Black person who is into any kind of hard rock, you’ve probably had a white person try to talk to you about Bad Brains. We are constantly compared to them. Apparently, I even look like HR. Can I fuckin live?”

Conceptualized over the course of 2016 to 2021, Diaspora Problems was recorded in an unfinished warehouse and the band’s practice space during the hottest parts of summer 2021. The self-produced album explores an artist and individuals’ self-doubt and self-hate, past traumas that can only be worked out in adulthood, financial instability and how it affects an artist, the effects of institutional and state violence, and the power of community that delivered Soul Glo through each struggle the band has endured from their inception and beyond.

‘Diaspora Problems’  has been noted in almost every major music publication, from a coveted 8.5 from Pitchfork to the mid-year “Best Of” lists in Stereogum, Consequence, Pitchfork, Revolver, and NPR. Celebrated amongst established peers of all genres, Soul Glo has cemented themselves as an anomaly in the hardcore genre. The timeliness and significance that the album holds in the world of music has the makings of AOTY written all over it.

Soul Glo is going on tour for the rest of the summer with Show Me The Body, kicking off in NYC and ending in Louisville, KY while playing some one-off shows along the way. On August 26th they’re opening for Turnstile and My Chemical Romance, and then heading off to sets at Furnace Fest and Desert Daze. You can find tickets here: https://bnds.us/jkpc2o

Soul Glo is Pierce Jordan (vocals), GG Guerra (bass, vocals, programming), and TJ Stevenson (drums). Fusing hip-hop, hardcore, and punk, the Philly outfit are fearless in their approach and even more ruthless in their delivery. Injecting their colorful narratives into predominantly white spaces, Soul Glo has the scope and ability to transcend outer appearances in hardcore music. We’re at the precipice of a sonic revolution as a higher variance of people find room for themselves and the expression of their lived experience within the genre. 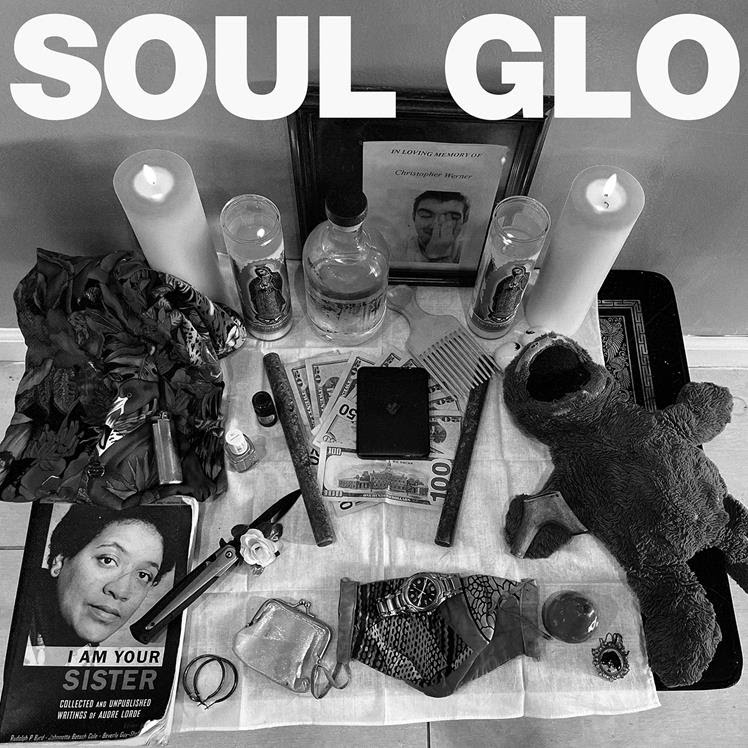