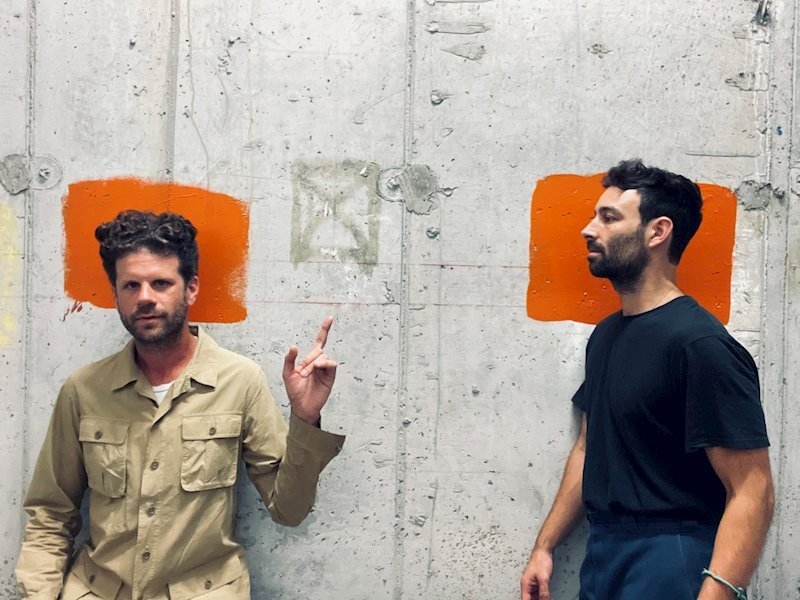 “Impeccable and moving music that is this intricate, deep, shifting and tastefully orchestrated… flawless” ~ The Record Stache

“Ephemeral and immediate, existential yet grounded; a sort of alternative electronic folk, it by and large defies any traditional concept of genre… full of color and emotion, it resonates with the glow of an experiment gone right” ~ Atwood Magazine

NYC collective Star Rover has announced they will release their self-titled album ‘Star Rover’ this autumn, a coalescence of the ideas they had been investigating over the years into a cohesive yet eclectic statement. Here they meld the improvisational energy of their live sets with the depth and fidelity of the studio to create something dynamic, aggressive, nostalgic and beautiful all at once.

Ahead of the album, the duo presents the lead track ‘Ghosts of New York State’, teasing this series of lyrically whimsical tales – half dreamscape, half reality. The clever animated video was directed by Clara Trevisan.

With the unforeseen break in performances caused by the pandemic, Star Rover had the opportunity to work on their music without time constraints. They called on frequent collaborator and Grammy award-winning songwriter Jesse Harris to help them produce a new record at his Long Island studio, a fruitful exercise of telepathic communication in spirited live takes, using those as springboards for sonic experimentation.

“The seed of ‘Ghosts of New York State’ began with the fingerpicked riff, which alternates between 6/4 and 7/4 meters throughout. We wanted this song to communicate the numb and dislocated feeling of the words while maintaining a propulsive groove and nervous energy. The burst of color in the middle represents a kind of blinding epiphany.  This song is about family and the weight we carry, sometimes unknowingly and unconsciously. The end mantra is ” The ghost, the host. The ghost, my host,” says Will Graefe.

Working with engineer Vira Byramji, they let the environmental sounds inspire the material. In several songs, one can hear the buzz of insects and crashing waves in the distance, in addition to two musicians playing in a woody beach house room. No headphones, just the room.

When Will Graefe and Jeremy Gustin began playing music together at Gustin’s Bushwick loft in 2011, little did they know that they would form a bond during those early sessions over their shared love of John Fahey, as well as the spiky post rock of Deerhoof and Lightning Bolt. Later that year, they recorded their first record ‘Western Winds Bitter Christians’, a short lo-fi collection of grungy Fahey covers and distorted originals. Besides touring throughout the United States, Europe and Japan, they have both become in demand session and touring artists, working with the likes of David Byrne, Kimbra, Bill Frissel, Okkervil River, Sam Amidon, Marc Ribot, Delicate Steve and Nels Cline, among others.

At times in between touring and recording work with other artists, their collaborative writing began to develop into a sort of futuristic post rock that was always connected to the directness of folk melodies. This new direction led to their 2018 sophomore album ‘I May Be Lost But I’m Laughing’, a more produced effort featuring contributions from artists such as Sam Evian, Shahzad Ismailly, Rob Moose (yMusic), Daniel Rossen (Grizzly Bear), and Sarah K Pedinotti.

The next year, Star Rover collaborated with Brazilian musician (and frequent Caetano Veloso collaborator) Ricardo Dias Gomes. They wrote and recorded ‘This Whole Emptiness’ album in Lisbon at the studio of Marcelo Camelo.

As of August 31, ‘Ghosts of New York State’ will be available across digital platforms, including Spotify and Apple Music. The ‘Star Rover’ LP will released on October 15 and can already be pre-ordered via Bandcamp.