Sons of Liberty release their highly acclaimed new album ‘Aces & Eight’ in a special collector’s edition vinyl package. “It’s taken a little longer due to the backlog that everyone is experiencing, but we’re sure it’s been worth the wait!” exude the hard southern UK rock whisky soaked band, “The reception we’ve had playing the album on tour, to our singles and the whole album has been amazing, so it’s great to finally have it out for those who love their vinyl, just as we do. Hell yeah!”

Recorded in December 2020 at Momentum Studios, with renowned UK Producer Josiah J Manning (Kris Barras Band, Moriaty, Wille and The Bandits) the result is a gritty, yet polished ride throughout. “There’s some rockers, a couple of epics, ballads, the final song selection wasn’t at all straight forward! Having Josiah involved from an early stage was a massive help – it was almost like having a new sixth member in the band!” enthuses guitarist ‘Moose’.

A twin guitar attack in Fred Hale & Andy ‘Moose’ Muse with a powerhouse rhythm section in Mark Thomas (Bass) and Steve Byrne (Drums) – the boys are a group of well-travelled musicians drawn together by a shared love of the music of the southern states of USA and their desire to spread this with the good people of the UK; an energetic band that delivers an authentic and fresh show. This has been evident at festivals across the country including Planet Rock Rockstock, Giants of Rock, HRH Crows & Rock and Blues Custom Show amongst more. In 2022 The Sons will tour throughout the year including Planet Rock Winters End, Cornwall Rocks and a London showcase at The Black Heart. Pull up a seat at the table, pour a drink and ‘The Sons’ will deal you in…

“Incredible record that has your craving more, awesome blues rock with attitude”

“The quality on offer never dips, and the end result is an album that is very special indeed” 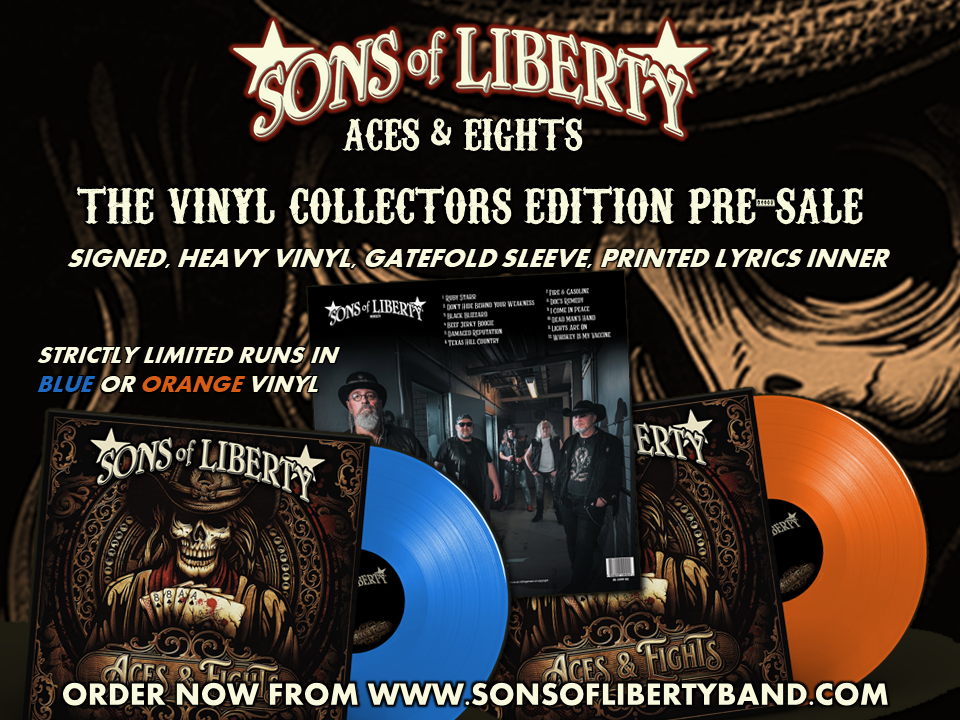 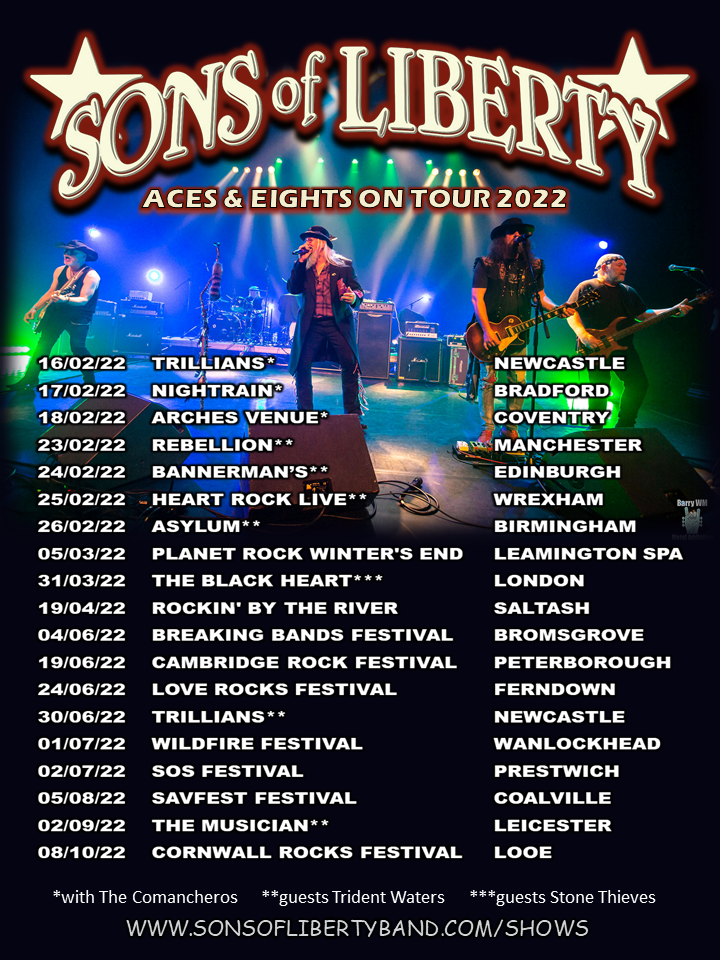