SONS OF LIBERTY // NEW VIDEO // DON’T HIDE BEHIND YOUR WEAKNESS 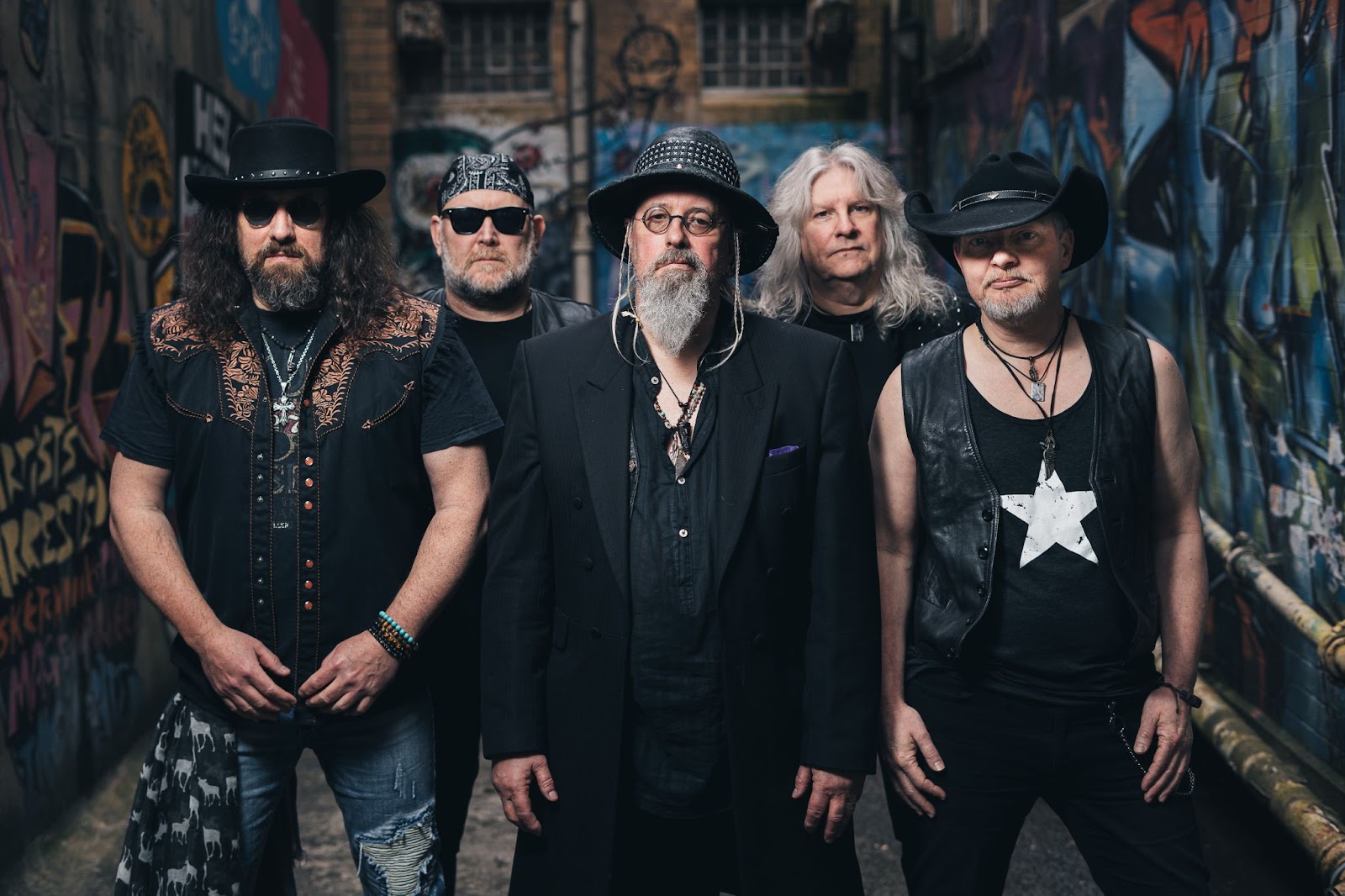 ‘DON’T HIDE BEHIND YOUR WEAKNESS’

The UK’s south west very own whisky smoked hard rockers, Sons of Liberty release ‘Don’t Hide Behind Your Weakness’, the fourth single from the highly acclaimed sophomore album ‘Aces & Eights’. Accompanying the single is an animated lyric video injecting further life into the visuals of the album cover art.

Rob enthuses on the inspiration for the moving song: “We all know someone who has trouble expressing themselves or  who are not able to face challenges for one reason, or another.  This song is inspired by a friend of the band, who pushes through and is strong enough to confront and overcome their fears.”

Recorded in December 2020 at Momentum Studios, with renowned UK Producer Josiah J Manning (Kris Barras Band, Moriaty, Wille and The Bandits) the result is a gritty, yet polished ride throughout. “There’s some rockers, a couple of epics, ballads, the final song selection wasn’t at all straight forward! Having Josiah involved from an early stage was a massive help – it was almost like having a new sixth member in the band!” enthuses guitarist ‘Moose’.

Fronted by the exuberant Rob Cooksley (Vocals), a twin guitar attack in Fred Hale & Andy ‘Moose’ Muse with a powerhouse rhythm section in Mark Thomas (Bass) and Steve Byrne (Drums) – the boys are a group of well-travelled musicians drawn together by a shared love of the music of the southern states of USA and their desire to spread this with the good people of the UK; an energetic band that delivers an authentic and fresh show. This has been evident at festivals across the country including Planet Rock Rockstock, Giants of Rock, HRH Crows & Rock and Blues Custom Show amongst more. In 2022 The Sons will tour throughout the year including Planet Rock Winters End, Cornwall Rocks and a London showcase at The Black Heart.

Buy on CD and all digital platforms with vinyl to come in November – ‘Aces & Eights’. Pull up a seat at the table, pour a drink and ‘The Sons’ will deal you in…

“Incredible record that has your craving more, awesome blues rock with attitude” 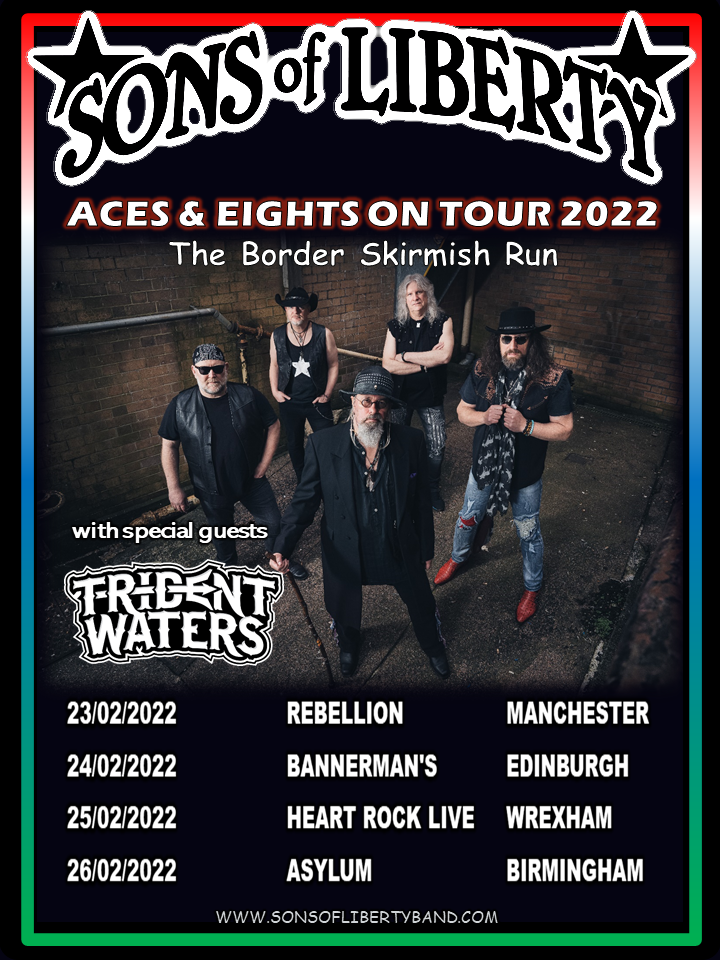 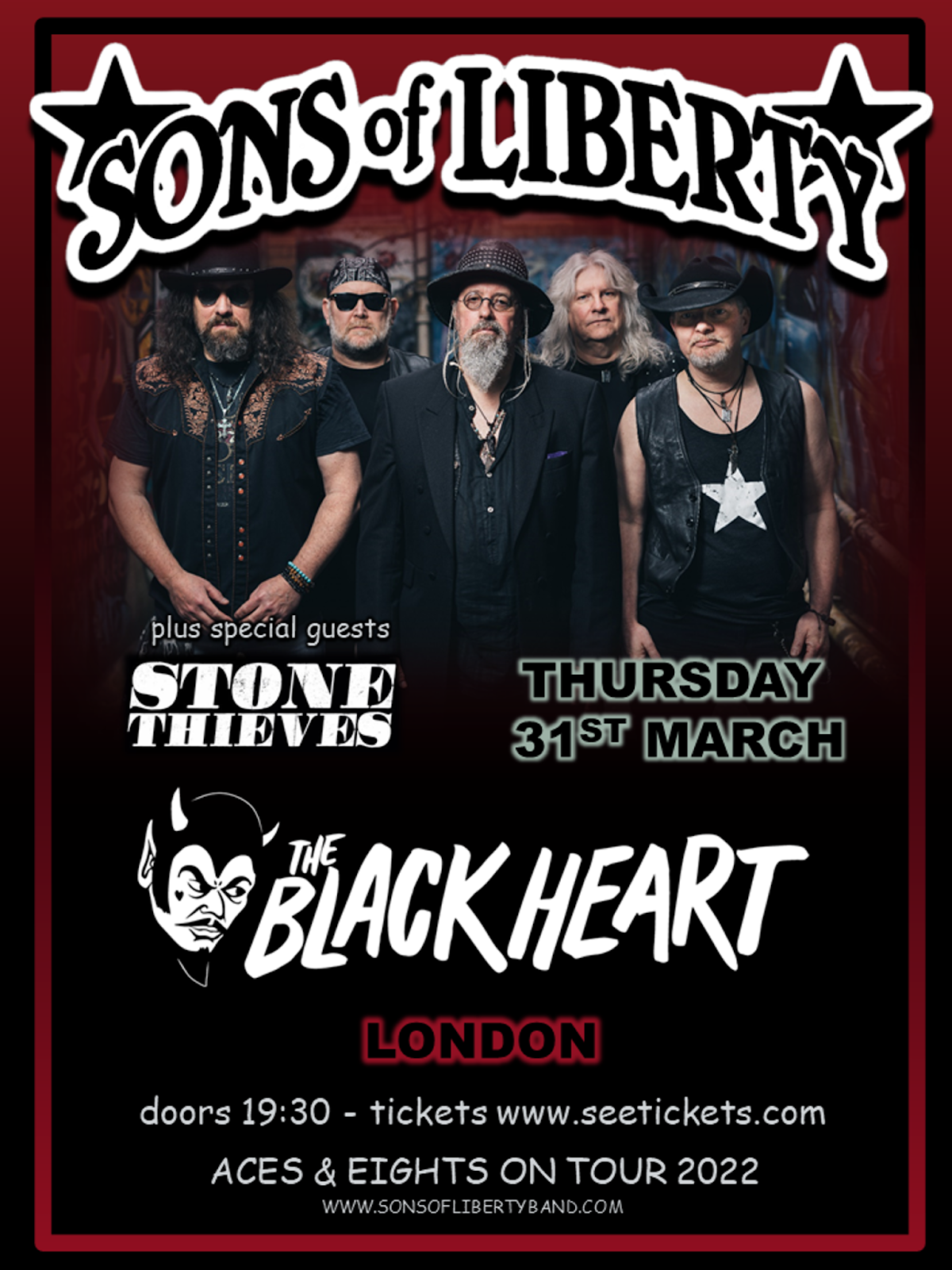