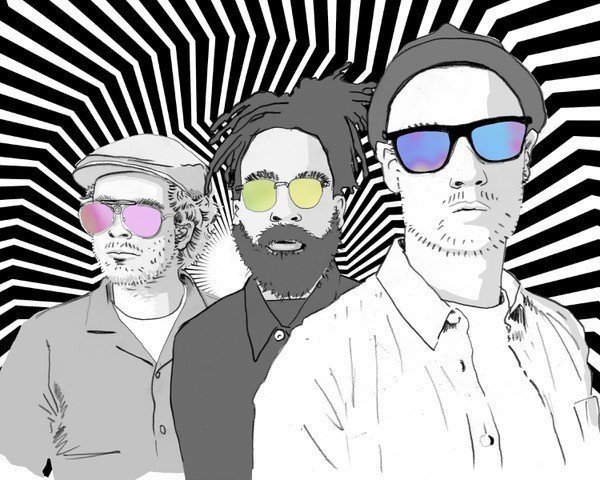 Solar Eyes make their grand debut with ‘Acid Test’, the first of the group’s psychedelic offerings.

Containing the title track, and the captivating ‘Nothings For Free’ this release marks new beginnings of the band, who are ready to introduce listeners to their addictively trippy sound.

LISTEN TO:
“ACID TEST” HERE || “NOTHING FOR FREE” HERE

Solar Eyes is the psychedelic, cosmic musical project of Glenn Smyth, aided by like-minded collaborators Seb Maynard Francis and Tom Ford. The group originally formed in April 2020 as a way of escaping the harsh realities the trio found themselves in, Glenn Smyth as an NHS worker, Tom Ford – a paramedic’s husband and Seb Maynard Francis shielding for throughout the whole pandemic.

The creative process of making their music came to the band like the flicker of a light in a darkened room. Keeping their minds open, the group remained positive, even when the world felt a very closed and claustrophobic place, in turn, created dreamy, psych-pop bliss.

Recorded ironically mostly in the dark loft of Smyth’s home during the boiling hot days of the summer, the trio took inspiration from the late 60s through to the late 90s, looking to bands like The Beatles, Pink Floyd, Chemical Brothers and Death in Vegas. Using anything they could get their hands on from Moogs, mellotrons, VHS simulators, Japanese electric guitars, and old 12 strings bought at socially distanced car boot sales, they engulfed themselves in their creativity and the process of making music.

After months of brainstorming, writing and recording, “Acid Test” emerged. Rooted in retro psychedelia, with elements of classic indie thrown in, the tracks are a journey through the group’s creative visions. Smyth’s vocal drawls are aided by a mixture of warm, bubbling synths and electric guitar flairs, adding a layer of grit to the bohemian foundations. The track arrives hand-in-hand with “Nothing For Free” a more upbeat, optimistic track made for a scorching summer’s day, this new release proves that Solar Eyes has the artistic vision, adaptability, and sheer charm to skyrocket.

PLUS, WATCH THE VISUALISER FOR “NOTHING FOR FREE” HERE