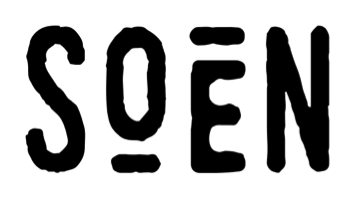 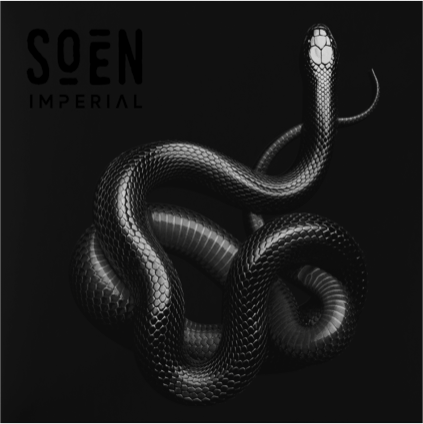 The provocative, imperious and engaging Swedish-based metal group SOEN reveal the thought-provoking and emotive video for ‘Illusion’, taken from their fifth album, IMPERIAL, set for release via Silver Lining Music on January 29th 2021.

Founder members Joel Ekelöf (vocals) and Martin Lopez (drums), along with Lars Enok Åhlund (keyboards and guitar), Oleksii “Zlatoyar” Kobel (bass) and Cody Ford (lead guitar), are an undeniable cypher for all the issues and emotions which swirl around us. The outfit once more step up to challenge our perceptions of life and humanity with ‘Illusion’, an addictive ballad brimming with bewitching guitar riffs, powerhouse-soaring chorus’ and a poignant message for all of us to reflect on.

“Illusion is a song about the shared responsibility amongst us if we wish to improve the world, change has to be made by us, you and me…the people” asserts Lopez. “It’s about the frustration of feeling powerless but also the hope in realising that things can be changed for the better” further Lopez, “if we stop criticising each other and making enemies of ourselves by blindly following the ideas of politicians and their media.”

Ekelöf affirms “we can’t just sit around and wait for those in power to help, they are preoccupied with battling each other in matters of greed and power.”

The video follows the tale of a father and daughter in their quest for survival in a dystopian universe.

“‘Illusion’ video is about dreamers” comments Video Producer, Daniele Zed Berretta. “There are people who are ready to lose everything to follow their dreams, no matter the cost.  Others are afraid of making dreams come true, so they stop right before fulfilling them, just to keep dreaming”

Watch/Listen to the recently released ‘Antagonist’ and ‘Monarch’ here

Produced by Iñaki Marconi and the band, IMPERIAL was mixed and mastered by Kane Churko, who has worked with the likes of Ozzy Osbourne and Bob Dylan.  Eight crisp, sharp, and supremely constructed songs spanning frustration, reflection and hope, IMPERIAL is the most fierce and dynamic release of SOEN’s journey, which will engage the listener immediately and sustain long after this crazy time has passed, its rich details destined to make it a classic metal album of this era.

Fans eager to catch SOEN performing their new material, will have to wait till the Autumn for the band to be able to get on the road again.  It is in fact with great regret that SOEN has had to postpone the first leg of their IMPERIAL European Tour 2021, due to the ongoing restrictions surrounding the COVID-19 pandemic.  The tour will now kick-off in November 2021 in Odense, Denmark; all purchased tickets remain valid for the rescheduled dates and tickets remain on-sale.  New dates in Denmark, Portugal, Spain and Poland have also been added.  Full list of confirmed dates, tickets, and additional information available at this location

IMPERIAL will be released on January 29th 2021, via Silver Lining Music. Available as a CD Digipak, Vinyl Album, digital formats and special D2C bundles. To pre-order go to THIS LOCATION

IMPERIAL CREDITS:
All songs written by SOEN
Produced and recorded by Iñaki Marconi
Vocal editing by Ricardo Borges
Vocals on track 1 to 5 and drums recorded and produced by David Castillo
Mixed and mastered by Kane Churko
Cover design by Enrique Zabala
Art Design by Wriliya
Cover photo by Mark Laita