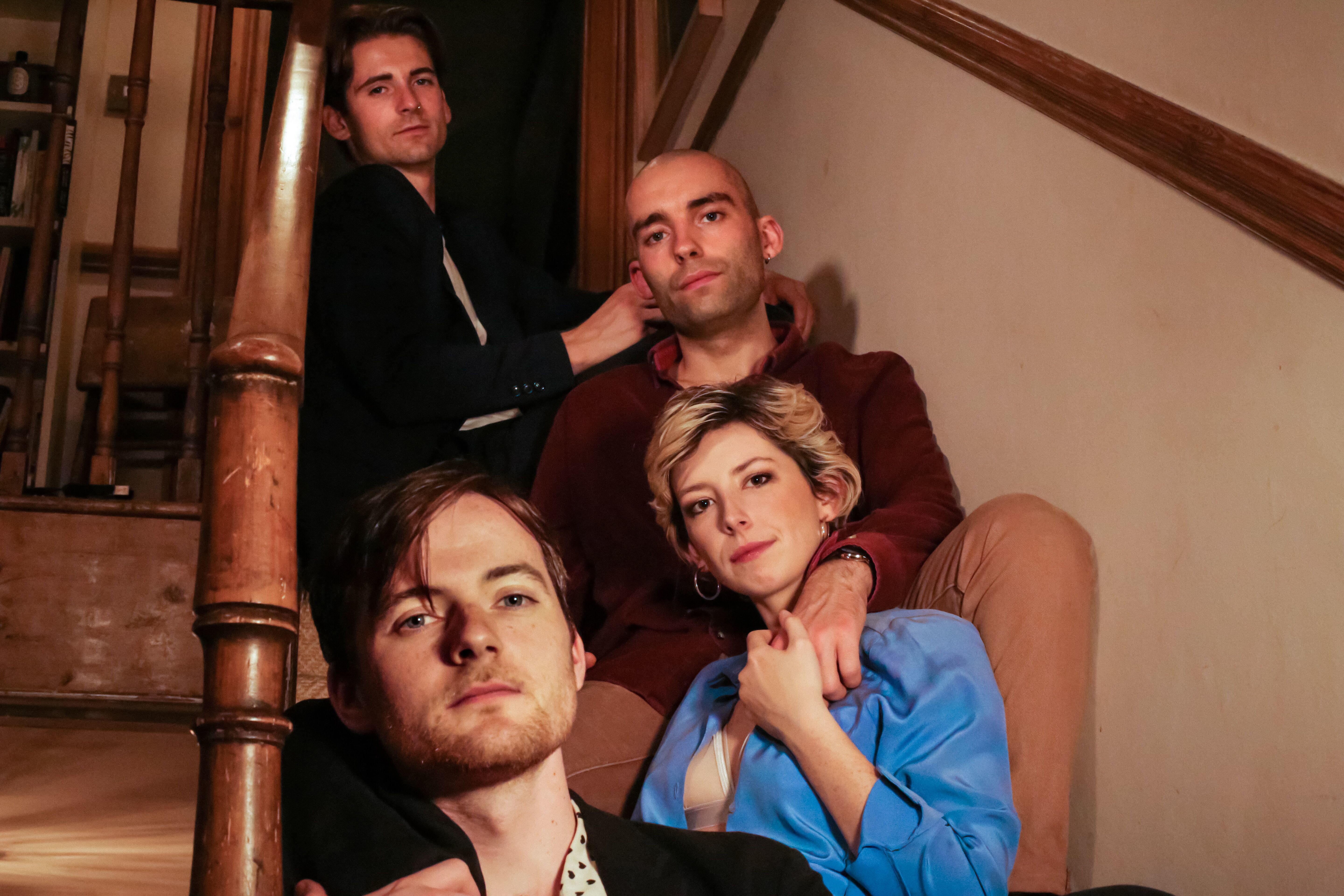 Dublin alt-pop band SODA BLONDE have released their debut EP “Terrible Hands”. The EP’s title track, the band’s second single since their formation, is out now and now you can watch a cinematic new video for it here:
https://www.youtube.com/watch?v=f7OTs003pUg&feature=youtu.be
The EP is released on the first date of the band’s new 9-date Irish and UK Tour in Nov and Dec that begins in Waterford, before the band visit Cork, Galway, London and Manchester (their first ever UK shows), Limerick, Belfast and two hometown shows at Whelan’s Dublin. The second Dublin date has just been announced today and tickets are on-sale now HERE.
Fronted by singer-songstress Faye O’Rourke, Adam O’Regan (keys and guitar), Donagh Seaver O’Leary (bass) and Dylan Lynch (drums), who all emerged from the ashes of internationally acclaimed band Little Green Cars.
The transformation is lead by a distinctive new sound which seamlessly weaves together influences from Fleetwood Mac, Little Dragon, Bat For Lashes and Kate Bush whilst still keeping the integrity and unique charm that sky-rocketed Little Green Cars’ success. The result… enticing, dreamy alternative-pop music.
Soda Blonde hit the ground running with their first single ‘Swimming Through The Night’ (watch the accompanying video here) – which Hot Press described the track as: “a striking conceptual world in which the music inhabits… O’Rourke’s powerful and hauntingly unique vocal combines with impactful, atmospheric grooves to create pop music that is both emotionally affecting and incredibly satisfying”.
This new collection of songs titled as the Terrible Hands – EP (self produced by the band themselves at their Dublin HQ) were all written by lead singer Faye O’Rourke throughout her early 20s where she honed in on her unique lyrical style that has been called gritty kitchen-sink realism, evoking the tragic beauty of Karen Carpenter and the pop sensibilities of Annie Lennox
”In light of the times we live in ‘Terrible Hands’ was chosen as the title track for our EP. It touches on failed relationships, personal short comings and self discovery. It was written over a hugely transitional period for all of us and was nothing but joy to create. We’ve been busy preparing the new material for the last few months and are so excited to get to share them to a live audience.” – Faye O’Rourke
TERRIBLE HANDS – EP – OUT NOW
TERRIBLE HANDS – UK TOUR DATES
26 NOV – PAPER DRESS VINTAGE, LONDON, UK
27 NOV – SOUP KITCHEN, MANCHESTER, UK
06 DEC – THE BLACK BOX, BELFAST, IE
SODA BLONDE
FACEBOOK | INSTAGRAM | TWITTER | SPOTIFY | APPLE MUSIC 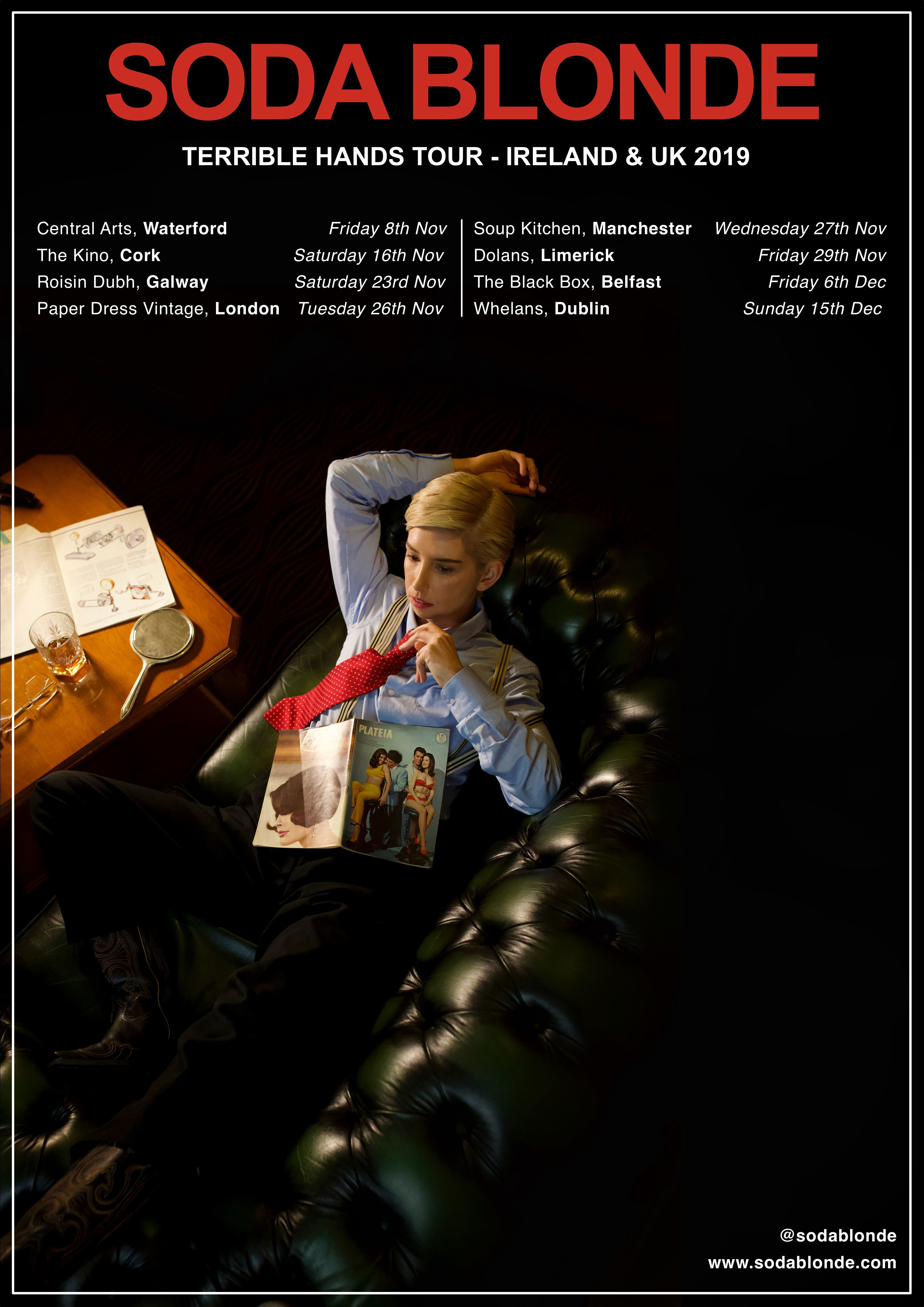