German-based heavy sludge rockers Red Stone Chapel are set to release their debut album this Fall, on October 25th, with Argonauta Records. Titled Omega Boombox, these 8 album tracks are a finest selection of southern-influenced stoner rock, served with a heavy dose of the sludge, blues, progressive and classic rock as well as spoken word parts. Just recently, the band debuted a first single to the rollercoaster Squid Limbo. Listen HERE! 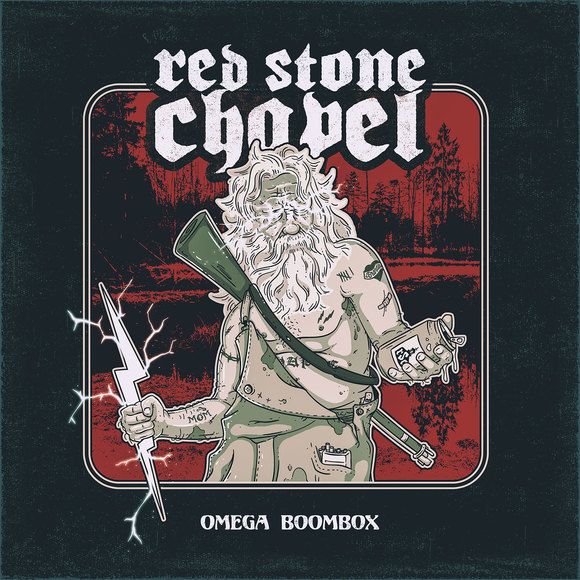 “After ten years and recording several demos, one EP and a Live Album, we will finally release our first longplayer.“ The band states. “Recorded in the Institut of Wohlklangforschung in Hannover by the great Willi Dammeier within 6 days, you will find a fine collection of sludge influenced heavy rock, somewhere between Classic Rock like Lynyrd Skynyrd and nowadays heavyweights like Clutch and Mastodon, on top the wild and gritty vocals of our Greek vocal God. We’re really looking forward to unleash the Omega Boombox!“

Red Stone Chapel was formed in late 2009, after years of making music for the sake of making music, the band added a third guitar, when they finally got to work on their first record. Seeing the light of day on October 25th, with a pre-order so start soon, Red Stone Chapel are highly recommended to be checked out for heavy rock fans of The Midnight Ghost Train, Clutch, Down and alikes!