LIVE AT THE FORUM IN INGLEWOOD, CA” LP/CD 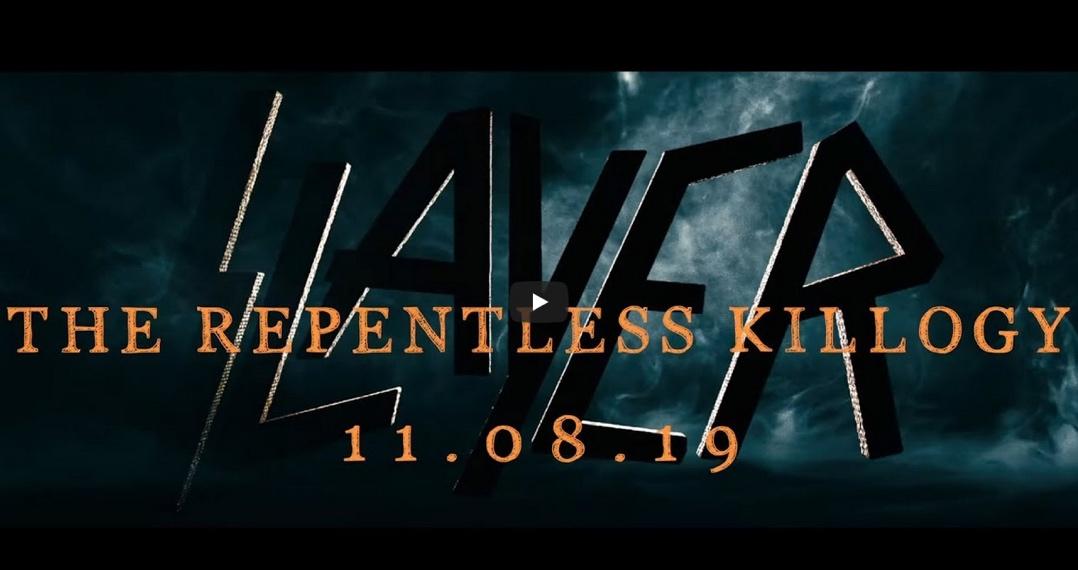 After much speculation instigated by two video trailers released earlier this summer, Slayer – Tom Araya, Kerry King, Gary Holt and Paul Bostaph – in conjunction with Nuclear Blast Records and Prime Zero Productions, announces “Slayer:  The Repentless Killogy” motion picture and companion LP/CD, “The Repentless Killogy, Live At The Forum in Inglewood, CA.”  Coming November 8, 2019, the narrative short film paired with Slayer’s entire performance of its August 5, 2017 concert at the Los Angeles Forum will be available digitally and on Blu-ray, and the soundtrack from that concert will be released as both a two-disc vinyl and two CD packages.  In addition to the standard black vinyl, eight limited-edition colored vinyl configurations will be available:  red, gold and silver vinyl, red/black & orange splatter, red/orange swirl, red/black splatter, yellow/red corona, and black/white corona  Pre-orders can be placed HERE.  Check out the trailer for this special movie release HERE.

Revenge, murder, bloodshed and retribution.  The “Repentless Killogy” film was written and directed by BJ McDonnell, who conceived and directed the three brutal music videos – “You Against You,” “Repentless,” and “Pride in Prejudice”-  for Slayer’s final studio album Repentless (2015).

“When we set out to do these initial three videos,” said McDonnell, “we had the intention of continuing the next adventures of Slayer and Wyatt on a following album. But, Slayer announced that ‘Repentless’ was the final album and tour, so this story, the videos, and finally a full live concert at the end is a perfect wrap up of the ‘Repentless’ final tour.  This is the finale of Slayer.  This is the end of the monsters.”

The “Repentless Trilogy” motion picture opens with the three music videos assembled as one chronological storyline and introduces the narrative’s main character, Wyatt, a former Neo Nazi associated with a gang known as “The Hand Brotherhood,” whose signature mark was a bloody handprint left after a murder had taken place.  Prior to the first music video, Wyatt had left the gang after he fell in love with Gina.  The two had gone into hiding to escape his grisly past and start a family, but The Hand Brotherhood was not going to allow that to happen, and Gina, pregnant with their first child, was savagely murdered as Wyatt was forced to look on.  The film then segues into the present-time narrative that sees Wyatt on the run from law enforcement and the Nazi gang, but now dedicated to eliminating The Hand Brotherhood and seeking retribution wherever he can.

Part two of “The Repentless Killogy” features Slayer’s entire live set performed at the Los Angeles Forum on August 5, 2017, and was directed by Wayne Isham who has directed videos for artists including Metallica, Foo Fighters, Michael Jackson, Kelly Clarkson, and Britney Spears.  Presented in front of one of the most striking stage productions of the band’s career, Slayer performs fan-favorites including “South of Heaven,” “War Ensemble,” “Mandatory Suicide,” “Dead Skin Mask,” “Raining Blood,” and “Angel of Death.”

Slayer will begin The Final Campaign, the last leg of its Final World Tour on November 2, wrapping its touring career up with two shows at The Forum in Los Angeles on November 29 and 30.  Those final dates are below.