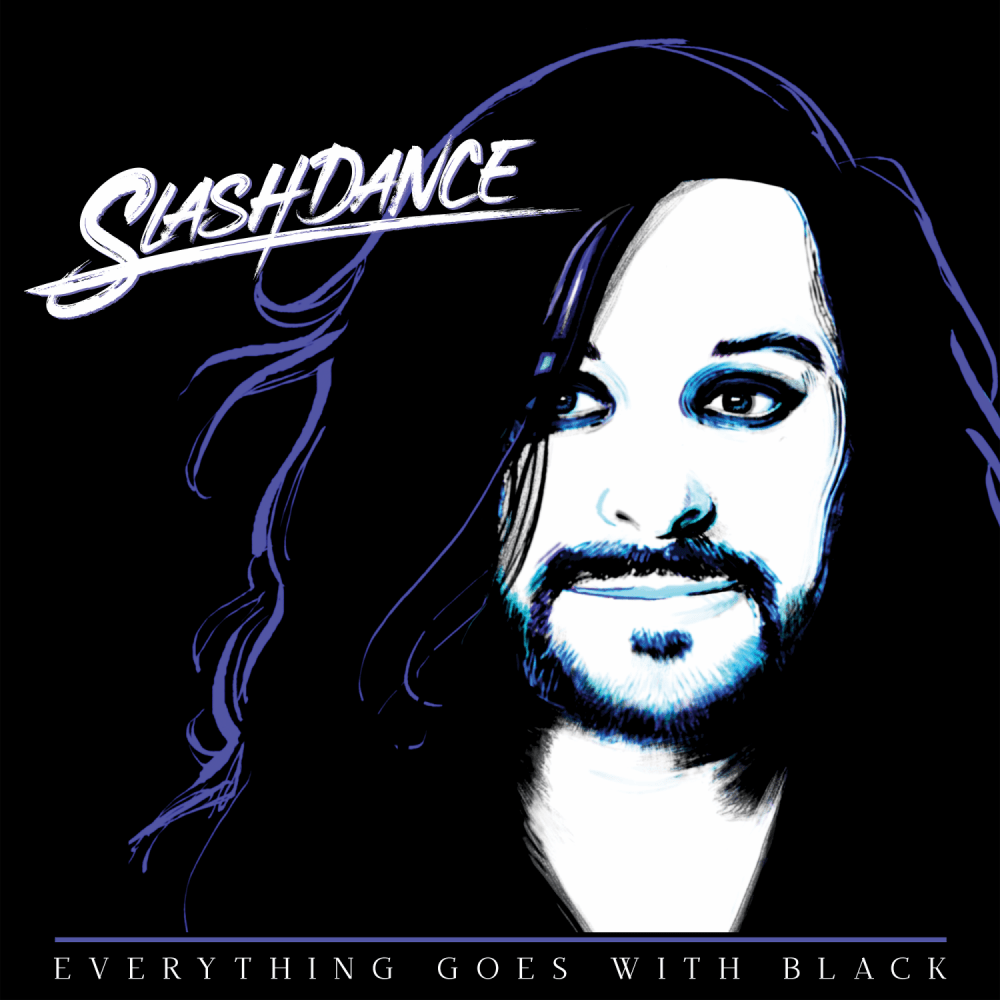 New Album Out Now! “Everything Goes With Black” via Ancient Temple Recordings

Dan Cadera is now releasing a video for the title track off “Everything Goes With Black”, his initial offering from his solo project Slashdance. Started a year before the Covid-19 pandemic, but slowed down on completion because of it, he finally got to release the industrial/goth/post-punk album he had been putting off for way too long.

The song kicks into high gear with a relentless industrial rock beat straight from the early ’90s. Overall, it is an ode to Cadera’s favourite colour and a love letter to Ministry. The authentic sound of the era was recreated using period-specific samplers and vintage digital guitar effects. Most of the video was shot across Japan just before the pandemic, as well as at Cadera’s studio.

The music video for “Everything Goes With Black” can be watched via its premiere on BrutalResonance HERE.

As the solo studio project was conceived during the pandemic, this is the first album Cadera has released under the Slashdance name. It has received rave reviews from fans already, as Cadera quotes, it’s really a love letter to the late 80’s/early 90’s industrial rock he grew up on and he hopes it brings people warm fuzzy memories of the loud guitars and drum machines of that era. He continues to explain the record:

“I think it covers a lot of spooky bases. It’s not typical to have a totally 80’s goth track, followed by relentlessly pounding Industrial rock song followed by a synth-heavy song and back again but hopefully it works for people in a way that’s like listening to a really cool mixtape. I’ve always had good luck writing songs that appeal to a wide audience from goths, to punks to metalheads and everything in between and so far that seems to be the case with this record. People like spooky!”

Slashdance’s goth adjacent, industrial post-punk will interest anyone with a penchant for dark atmospheres, especially those into Bauhaus, Nine Inch Nails, and Joy Division.

The album “Everything Goes With Black” was released on November 10, 2020 and is available at the following links:
Slashdance.bandcamp.com, Ancient Temple Recordings (Vinyl)