Metal/Punk/Alternative artist SKULK, THE HULKING has just released a video for his track “Hide Your Children.” The song is taken from his recently released album Afterbirth Of A Nation. 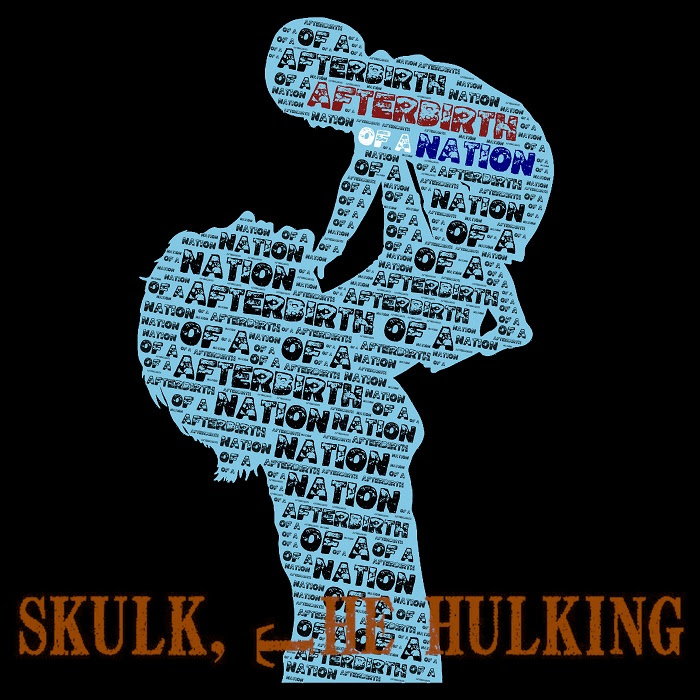 No longer a lone monster and his synth, indefinable songwriter and satirist Skulk, The Hulking returns to the scene with friends for a third offering: Afterbirth Of A Nation, due out December 14th, 2018.  Now joined by grindcore veterans Ashley Levine(guitar), Fernando Morales(drums), and avant-garde rocker Vern Woodhead(bass), Skulk is ready to take New York City — and the rest of the world — by storm.

Says the artist behind Skulk:

A young man and not yet a beast, Skulk first began to form in college when he was torn apart by Nietzsche and Hume.  God was dead, there was no free will, and actual truth could never be perceived.  Drowning himself in music, he looked to it for answers.  Post Hardcore was thriving in the Midwest and a young ogre engaged the scene learning all he could about time signatures, aggression, and the idea that art is communication.

Eventually the young monster made his way to New York, where he found himself surrounded by like-minded creators.  Several years later, Skulk has evolved from a one-man operation to a full band that blends punk, metal, and hip-hop with intensely incisive lyrics, fitting for a world that is so close to crumbling.

Afterbirth Of A Nation was recorded with jazz drummer,Rob Mitzner, and mixed by Scot Moriarty at Backroom Studios in Rockaway, New Jersey.  Featuring updated versions of the ogre’s past work presented in an aggressively mature new light, Afterbirth elicits both terror and laughter.  And with music videos and a podcast of Skulk’s lore on the horizon, Skulk, The Hulking is making not just music but mythology.