TAKEN FROM FIFTH ALBUM:
A MATTER OF LIFE & LOVE
OUT NOW VIA XTRA MILE RECORDINGS

+ UK DATES WITH LESS THAN JAKE – THIS SPRING 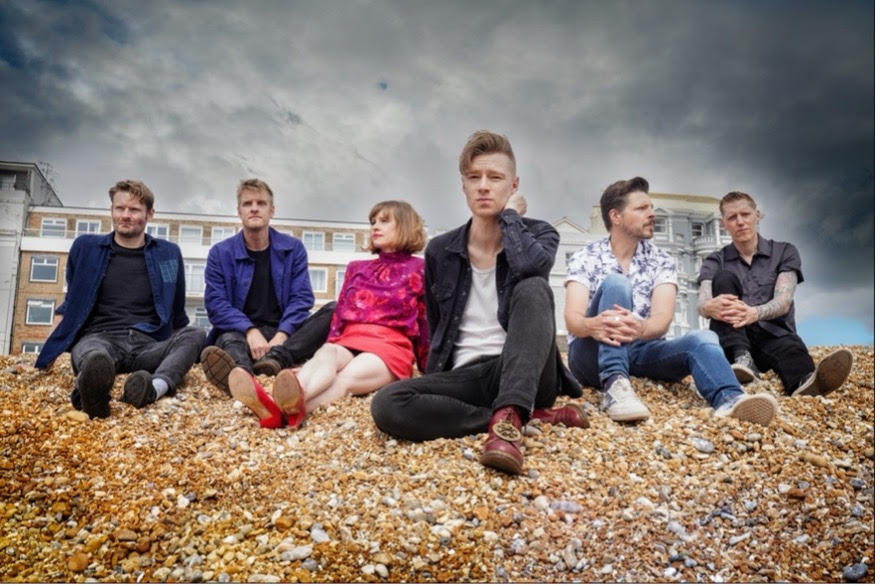 SKINNY LISTER celebrate life on the road with new single: “Like It’s The First Time”

“Like It’s The First Time” is a chipper cut from the band’s latest album ‘A Matter of Life & Love’, a raucous record that pays homage to all the greatest things in life.

The exultant song celebrates the thrill of being on the road with a gang of your best mates, set to a foot-stomping beat, dizzying melodies and elating vocal harmonies. As frontman Dan Heptinstall says of the track:

“‘Like It’s The First Time’ is a well-trodden ode to life on the road as a touring musician. The travelling, the shows, the hangovers and, most importantly, the connection with the friends and supporters of the band that we get to hang out with along the way. That feeling of often being so far from home yet so utterly at home.”

Creating the mood and atmosphere reminiscent of the final moments of a rowdy night out — when the bar is closing, eyes are blurry and you have a fuzzy feeling in your stomach whilst you jump around to a forgotten throwback track blaring on the radio — “Like It’s The First Time” took on a more bittersweet undertone when touring and “good times with good friends” were put on hold. Something that they were also keen to capture in the official video accompanying the track. As Heptinstall adds:

“It’s a track made all the more poignant for us in the wake of the pandemic, which saw us take a lengthy break from touring. It’s been great to be finally back on the road ‘doing it all over again’. The video perfectly mirrors the images I had in my head when writing the song. It’s great to have such memories captured this way, and serves as a reminder to look forward to those we’ve yet to make. Bring it on!”

The official video for ​”Like It’s The First Time”, including footage from Skinny Lister’s most recent headline tour in the US sees the band travelling, larking about backstage, greeting fans and barrelling their way through their buoyant live set. Watch the video here.

“Like It’s The First Time” follows previous singles “Damn The Amsterdam” (which saw the band team up with The Longest Johns) and “Bonny’s Eyes” (a touching tribute to Dan and Lorna’s daughter), plus album title-track “A Matter Of Life & Love”. Described by the Folk/Punk stalwarts as a collection of tracks that “really matter to them”, A Matter Of Life & Love is an album that pulses with blood, sweat and cheers. The distillation of everything that has seen the world fall for Skinny Lister’s charms, it swings from ska to rock, to folk-punk and traditional shanties, over the course of its 12 eclectic tracks. A record that celebrates all the best things life has to offer, it is also the first to be made, mixed and produced entirely by the band themselves.

Completing a run of SOLD OUT UK Shows over Winter in support of the album, Skinny Lister are now getting ready to step-up to some major stages in support of pop/punk heroes LESS THAN JAKE on their Spring UK Tour. The band will also be embarking on a short leg of German headline shows this Summer. Tickets for all dates are on sale now.

TICKETS FOR ALL SHOWS ON SALE NOW:
https://skinnylister.com/live-shows/