Calling all Skid Row and hard rock fans. The New Jersey band’s most beloved, iconic, and previously hard-to-find releases from the late’ 80s and early ’90s are being released in a brand new box set that is an instant “must-own” for both diehard fans and collectors.

The box set highlights the band’s global domination and documents the glory days of the hard rock scene.

The SKID ROW The Atlantic Years 1989-1996 LP and CD Box Set arrives on December 3, 2021. Pre-order any of the multiple formats here: https://music.bmg.com/skidrowTAYPR

Skid Row were one of the most successful acts of the era. Their self-titled debut, released in 1989, achieved five times platinum certification in the U.S., along with platinum status in Australia, triple platinum status in Canada, and it also went gold in the UK. The followup, 1991’s Slave to Grind, debuted at No. 1 on the Billboard Top 200 chart. It went on to achieve a double platinum certification in the U.S. and went platinum in Canada, while rising to gold status in Australia. Over time, the band enjoyed a string of Top 10 singles, including the power ballads “18 & Life” and “I Remember You” from the self-titled release, while “Monkey Business,” and “Wasted Time” from Slave to the Grind also achieved radio success.

This box set marks the first time that all of these important and definitive releases will be available in one limited edition collection. 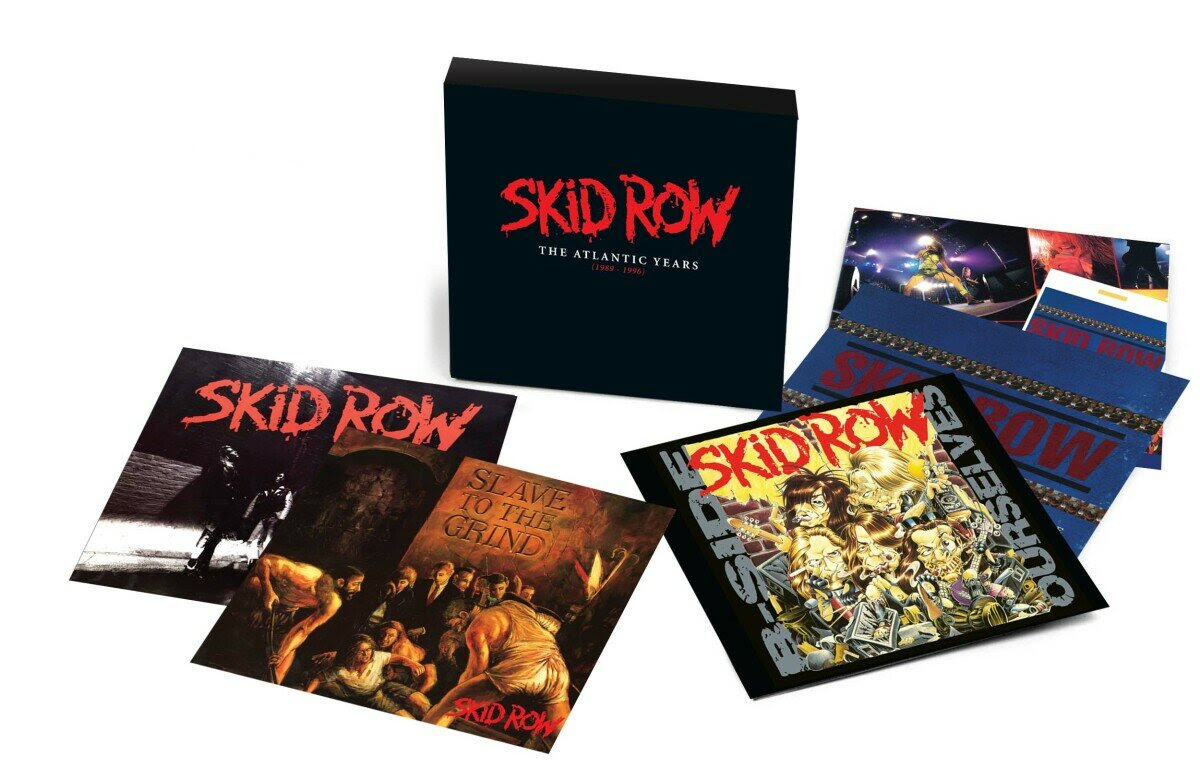 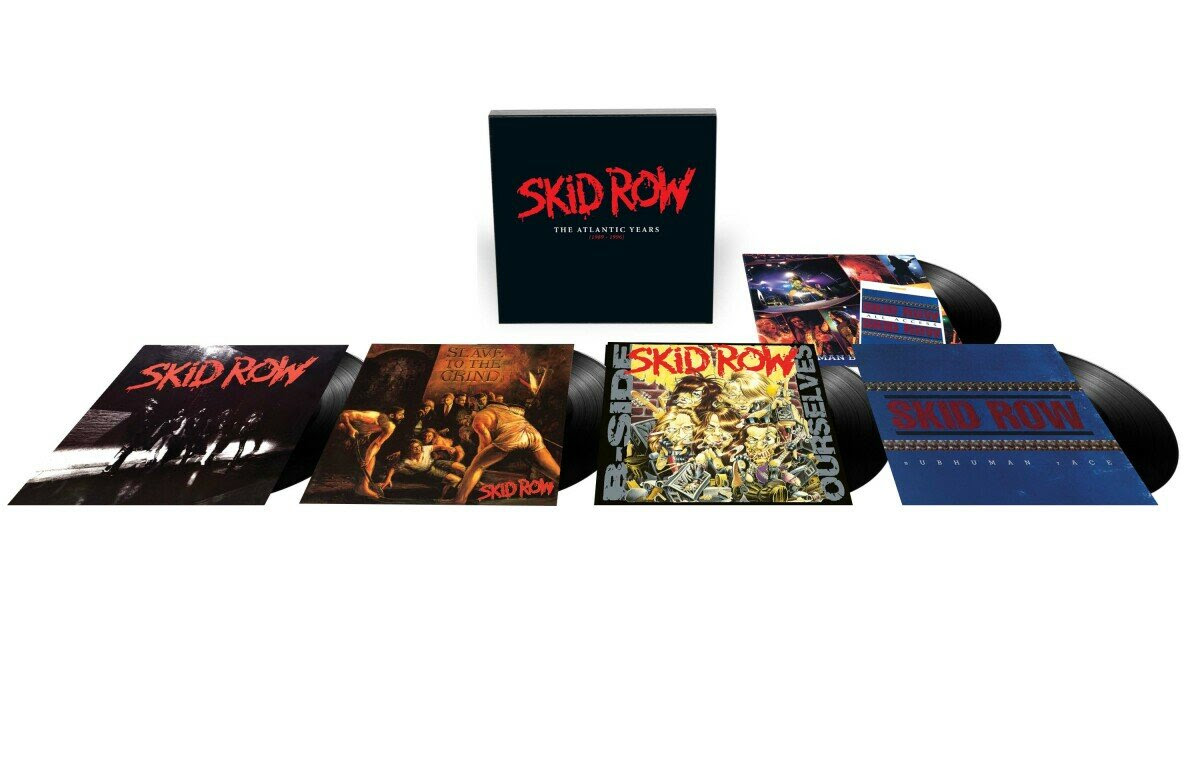 The collection includes 180-Gram Audiophile vinyl 7 LPs, including the band’s multi-million selling, worldwide-charting first three studio albums, plus the B-Side Ourselves EP and the live EP, Subhuman Beings on Tour!!, which previously only available on CD in Japan. It is now being made available globally and on vinyl for the first time ever.

The first two albums  — Skid Row (1989) and Slave to the Grind (1991) — have been certified multi-platinum, with the latter landing at No. 1 on the Billboard chart.  These two albums produced the band’s most popular and most enduring hits, including the poignant power ballad “18 and Life” and the tugs-at-the-heart strings “I Remember You,” which peaked in the Top 10 of the Billboard Hot 100. The rowdy and raucous anthem “Youth Gone Wild” was also one of Skid Row’s signature smashes, thanks to the combination of rowdy riffs, memorable melodies and vocals. Slave to The Grind produced singles such as “Monkey Business”,” the title track, “Wasted Time,” and “In a Darkened Room”.

The band’s third album Subhuman Race arrived in 1995 and was also critically acclaimed. By the end of 1996, the band had sold a total of 20 million albums worldwide, cementing their legacy as one of the most successful and important bands of their era.

During this period, Skid Row were comprised of the aforementioned Bolan, Sabo, and Bach, as well as guitarist Scotti Hill and drummer Rob Affuso. Although the lineup has shifted over time, Skid Row remain active touring the world and are currently in the studio recording a new full-length record to be released in 2022.