Tempe, Arizona-based technical death metal/symphonic black metal hybrid act Singularity recently announced the release of their second full-length, Place of Chains, out October 11th via The Artisan Era. It is the follow up to the group’s highly praised 2016 EP, Void Walker, which was preceded by their 2014 self-titled album that put the band on the map.

Since their formation in 2010, Singularity has continually shown themselves to be a forward-thinking act, one with a bold vision built on fusing technical death metal and symphonic black metal together in a myriad of ways. Bombastic and brutal, Place of Chains exists as a unique crossover between worlds, in doing so, Singularity has delivered a powerful album that will surely be ranked among as one of 2019’s best death metal releases. Further enhancing the quality of Place of Chains is a bevy of high profile guest spots from Inferi guitarist Malcolm Pugh adding further orchestration throughout the album, a song co-written by Equipoise guitarist Nick Padovani plus a guest solo, as well as guest vocals from Arkaik vocalist Jared Christianson and Animus Complex vocalist Jeremy Davis.

The band states that Place of Chains will strongly appeal to fans of Fleshgod Apocalypse, Vale of Pnath, Old Man’s Child, Dimmu Borgir, and the first album from Irreversible Mechanism.

Today the band partnered with Everything Is Noise to launch the albums second single, “Sisyphean Cycle”.

You can listen to Singularity – “Sisyphean Cycle” HERE

Everything Is Noise comments on the launch of “Sisyphean Cycle”
“Sisyphean Cycle” leans into some light progressive moments with some light orchestration which brings some legitimate grandeur to the track. With blast beats aplenty and a bifurcated vocal approach from guitarist Jack Fliegler and bassist Adam King, the song never lacks potency.”

“In a year that has been rich with some tech death highlights, many from this same label, there’s something different about what Singularity is doing here. Their mixture of black metal, symphonic elements, and impeccable precision make for an adventurous journey for the listener.” 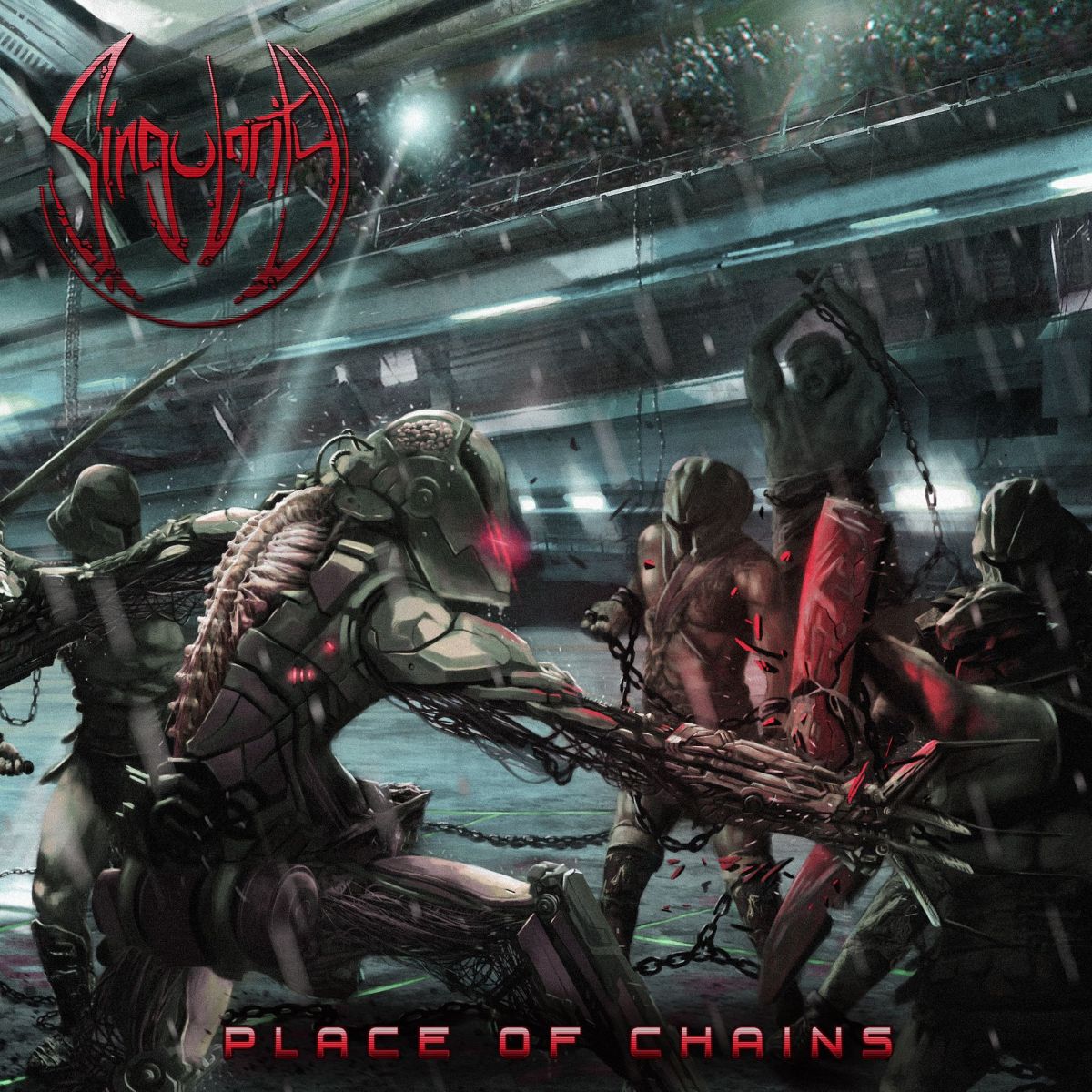