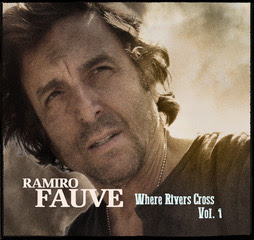 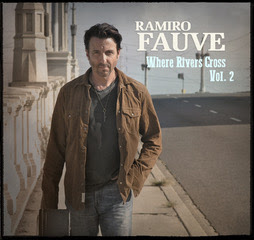 Recommended if you like
Duncan Sheik, Jason Mraz, John Mayer

In songs such as “I Believe”, “Without You”, and “You Ain’t Lyin”, Ramiro Fauve taps into his inspiration from notable American singer-songwriters such as the founding father of Bluegrass, Bill Monroe, the Everly Brothers, and The Beatles. He reveals his vulnerable side in tracks like “Old Back Road” and “Cry River”, to send you on a lorn remembrance along the Mississippi.

Now, Ramiro Fauve is excited to share his new double album, Where Rivers Cross Vols. 1 & 2, on  October 6th, 2020. Be sure to follow Ramiro Fauve on social media for exclusives and music updates. 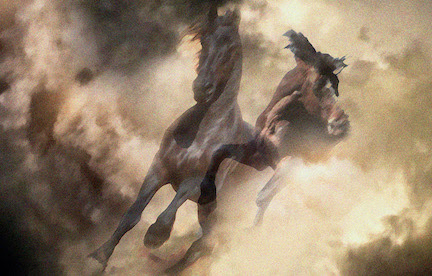 Argentine-born Ramiro Fauve is a self-described Artician (artist and musician), Fauve has been performing live internationally alongside his mother, Suni Paz, since the age of seven. When he was younger, Fauve studied music, opera, and acting, discovering outlets for creative expression through art and song. Folk music, melodic classic rock and blues, lyrical content, civil rights, anti-war efforts, the struggles of farmworkers, and passionate sociopolitical participation were hallmarks of his upbringing.

Since birth, Ramiro Fauve has been surrounded by a long line of creatives and professionals. His mother, Suni Paz, is an award-winning activist folk singer/songwriter, author, and educator (CMN Magic Penny Award, NEA National Heritage Fellowship Award) on the Smithsonian Folkways label. His (late) father, Carlos Fernandez Fauvety, was a filmmaker, designer, poet and musician.

As an artist, Fauve is known for his mega murals, such as the Nike Bo Jackson mural at Hollywood and Vine (the opening shot of Pretty Woman) and the 400-foot-long “LA Marathon 2026” mural, as well as art direction of iconic Los Angeles venues, The Edison, Clifton’s and Cole’s. He is also known for his conceptual art direction (Universal Studios, Singapore), and his fine art (Tupac Shakur’s commemorative album “R U Still Down?”). He has also appeared three times on Star Search and in the LA Arts District documentary, The American Hotel.

On October 6, 2020 Ramiro Fauve will release his double album Where Rivers Cross Vols. 1 & 2. This album is a nod to his Americana music influences, such as Woody Guthrie, The Weavers, Bob Dylan, Phil Ochs; bluegrass, rockabilly and Southern Rock mentors such as Bill Monroe, Carl Perkins, the Everly Brothers, Creedence Clearwater Revival, and the spectrum of flavors that was 60s/70s pop/rock.

Keep up with Ramiro Fauve!