Significant Point premiere the new track “Into the Storm”

Hailing from Japan, Significant Point was formed by guitarists Kazuki Kuwagaki and Gou Takeuchi in March 2011. Holding high the banner of old-school speed/heavy metal, they started playing live shows in Tokyo. Through a lot of member changes, Significant Point released their first demo, Attacker!, in 2014 and the Live at Tokyo CD in 2017. In 2018, the two-song EP Attacker was released on 7” vinyl by France’s Inferno Records, and it received a good reaction in the underground scene.

Itormentor (drums) and Kazuhiro Watanabe (bass) joined in 2016 and 2018, respectively, and the current lineup of Significant Point was at last finalized. In 2019, they started recording their first album. With great help from George Itoh (Risingfall / Military Shadow), it was completed in September 2020 after a year and a half of effort.

Fittingly bearing the title Into the Storm, Significant Point’s debut album is indeed a monsoon of heavy metal mayhem, spanning traditional and epic styles to speed metal and even early power metal. The band live and breathe heavy metal in all its classicist forms, and the quintet know the intrinsic power of hooks and especially variety, both of which are found bountifully across Into the Storm. With enviable ease, Significant Point marry masterful execution to high drama whilst never losing the importance of actual songs – in other words, no style over substance here. Truly, you will NOT be able to get any of these 10 anthems outta your head, and large credit is due to the poetic dual-guitar interplay of Kuwagaki and Takeuchi; dazzling to say the very least, their leads and solos are almost another singing voice. Which is to take nothing away from the rest of the band, who bring together melodic bass-work, tastefully propulsive drumming, and the high-pitched metal-warrior vocals of George Itoh to create a veritable orchestra of sound.

While the bulk of the lyrics are in English, the unique tonal qualities of Japanese lend Into the Stormcomparisons to Loudness’ early, proto-epic metal albums like Devil Soldier and The Law of Devil’s Land. But casting one’s metallic gaze further across continents (and decades), Significant Point significantly point to myriad elements of such legends as Grim Reaper, Metal Church, Sinner, Cloven Hoof, and Omen on to the culter likes of Shok Paris, Liege Lord, Sortilege, Agent Steel, and Savage Grace, all with a firm grounding in the classics of Scorpions, Rainbow, Judas Priest, UFO, and Iron Maiden. Any way you slice it, the katana of Significant Point is deadly, so prepare to go Into the Storm!

Take the next step into that storm with the brand-new track “Into the Storm” exclusively HERE, courtesy of the NWOTHM YouTube channel. Take further steps into that storm with the previously revealed “Deathrider” HERE – as part of Episode VII of Keep It True TV – or separately HERE, as well as the previously revealed “Heavy Attack” exclusively HERE, courtesy of Deaf Forever magazine. Cover and tracklisting are as follows: 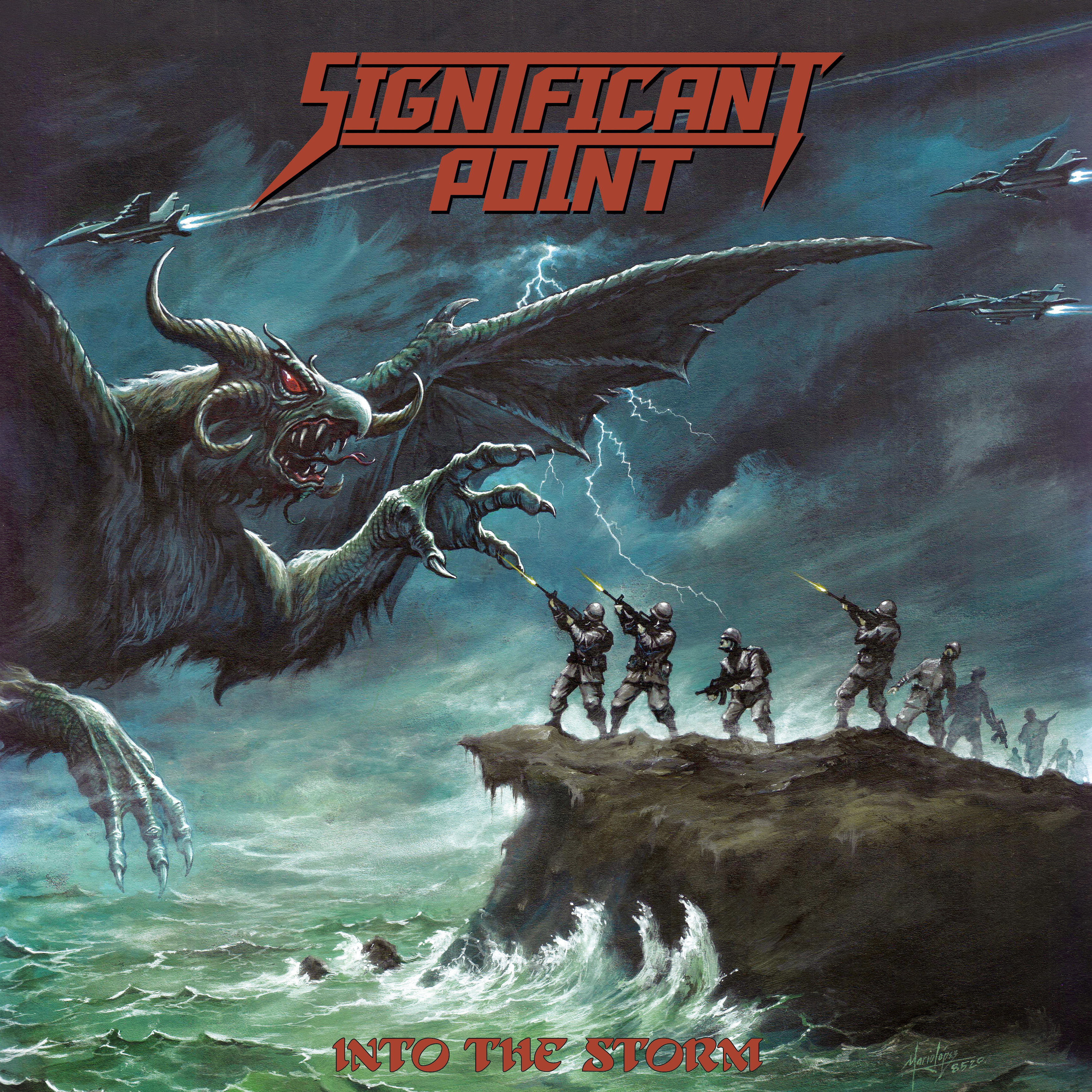