Releasing on February 25, 2022 via UNFD, Maybe There’s No Heaven sees Short Stack distill their sensational and storied career into 10 crunchy and instantly memorable bangers, including today’s new cut “Love You Like I Used To.” Watch the video here.

“There was a tension between the band that we wanted to be and the band that other people around us wanted to be,” says Short Stack vocalist Shaun Diviney of the band’s storied past. Drummer Bradie Webb declares that this time round feels like the group “finally have our hands on the steering wheel.”

Completed by bassist Andy Clemmensen, the trio began band practice in a central coast garage during high school before their explosive debut album Stack Is the New Black dropped as the group hit the ripe old age of 20. Sweeping up a #1 ARIA Chart debut, a Rolling Stone cover, platinum recognition and tens of thousands of tickets sold in its wake, Short Stack soared to incredible heights.

Over a decade on from their rise to stardom, the trio are reflecting on their fascinating journey – warts and all – on Maybe There’s No Heaven. For all its epic highs and crushing lows, Short Stack are looking back on their career with gratitude for every experience and unswerving fan that’s lead them to this moment. After all that’s been, Maybe There’s No Heaven was birthed from the truest form of Short Stack there is, as Bradie concludes: “It isn’t in any way what someone else told us we should be.”

As for the catchy new single “Love You Like I Used To,” Diviney shares that it may just be his favorite on the record, adding, “We wrote it as a sad party anthem — almost like an anthem for breakups. We approached the song very differently to any other song we’ve ever worked on. It took several days to get it ‘right’ because we knew there was something special there, we just needed to find the right way to bring it to life.” 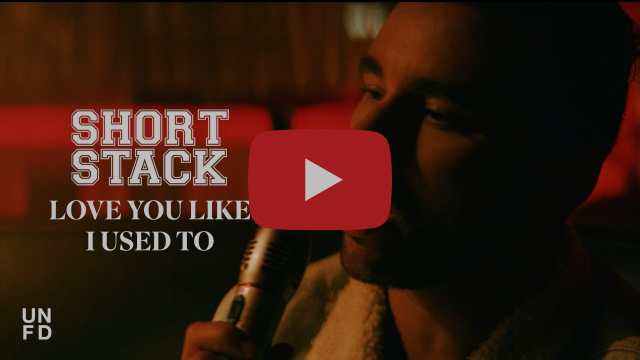 ABOUT MAYBE THERE’S NO HEAVEN:
After demoing the record in Bradie’s studio space, Short Stack teamed up with Stevie Knight (Stand Atlantic, Yours Truly) and birthed the pop-punk firecracker Maybe There’s No Heaven. Harking to the band’s early heavy-tinged influences including Bring Me The Horizon, The Getaway Plan, Blink-182, and The Used, Maybe There’s No Heaven is mature and tasteful, all the while youthful and fun. Capped off with emotionally-charged lyrics it channels Short Stack’s overwhelming pop star-sensation career combined with haters, anxieties and major label battles into a blistering record.”I can’t pretend that it didn’t bring me down,” says Andy of the band’s burst to success fraught with the rise of online hate, death wishes, judgement, and losing their masters to manipulative powers in the music industry. “It’s definitely given us a thick skin, but it’s also made us put up our barriers…it feels like there’s still a massive stigma attached to us. I feel like if listeners really dug deep and got to the roots of us, they’d see we’re just three guys from a small town who loved playing music and worked hard to get in the position we were.”On getting the opportunity to record another album, the band are the first to sing the praises of their lifelong fans, their “backbone” that’s stuck with them through thick and thin.”As much as we were writing the album that we 100% wanted to write, we were also writing for those fans that have been there for us… they’re the only reason that we get to do this,” says Shaun. “We didn’t think we’d have the opportunity to do this again and we are just super grateful that we can.” MAYBE THERE’S NO HEAVEN TRACK LISTING:
“Intro: Maybe There’s No Heaven”
“Burn You Down”
“Armageddon”
“Dancing With The Devil”
“Sunshine”
“Love You Like I Used To”
“Live4”
“Shinigami”
“Lights Out”
“Valkyrie”
“Cut Your Teeth”
SHORT STACK ONLINE: