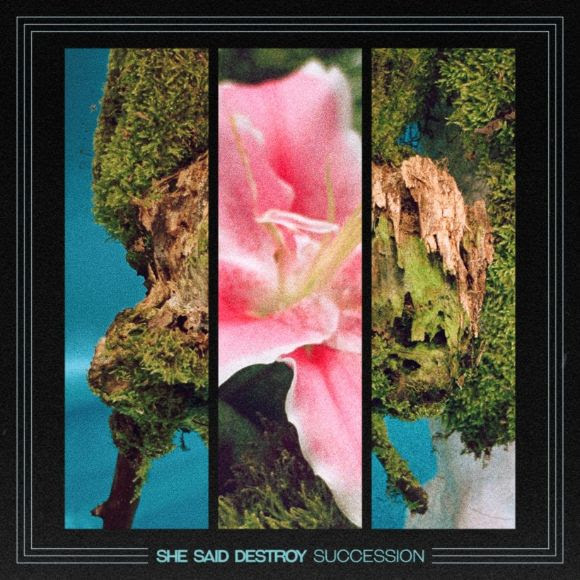 Listen to “To Ourselves The World Entire” here.

“To Ourselves The World Entire”, a brand new song to be featured on She Said Destroy‘s third full-length album “Succession” is now playing at Heavy Blog Is Heavy.

“It’s also impressive how good the groove section is across all of the genres that the track dabbles in; whether it’s the off-kilter, staccato, progressive time signatures of the track’s opening moments, the more dreamy post-metal/rock harmonies of its middle segments, or the quieter bass touches near its end (beneath those stunning guitar leads), the drums and bass deliver exactly what is needed from them.” Says Heavy Blog Is Heavy‘s editor Eden Kupermintz about this new song.

Listen to “To Ourselves The World Entire” here.

Due out later this year via Mas-Kina Recordings, “Succession” will soon be available for pre-orders.

Meanwhile, check out previous singles “Not Only Bridges” at this location and “Succession” is still playing here.

Picking up where they left off with their 2012’s EP “Bleeding Fiction”, “Succession” was recorded at guitarist Snorre Bergerud’s studio Ymir Audio, located in Vilnius, during January and February 2020 and contains a collection of material written between 2007 and 2019, and as with earlier She Said Destroy efforts displays a wide range of musical styles. Thematically “Succession” is a natural continuation of She Said Destroy’s exploration of human nature on past releases.  This time around the impact of the Anthropocene era on our psyche and our surroundings rears its ugly head throughout the album. These are songs of frustration,  despair and hatred, but also of love and wanting to cling on to hope even when not believing that striving for a better world will bear fruits.

She Said Destroy was a pretty active live band since their inception in 2000 and have released two full-length albums, “Time Like Vines “ in 2006 (Nocturnal Art Productions) and “This City Speaks in Tongues” in 2008 (Tabu Recordings) until the year of 2009, when their some of their members moved to other countries. Still, the plan was to keep recording music and in late 2009 and early 2010 they recorded a one-song EP, “Bleeding Fiction” which was released in 2012 (Mas-Kina Recordings) before they disappeared, hindered by physical distance (Norway and Lithuania), other projects and an undeniable degree of fatigue with the whole trying to make it in the music scene hustle after more than 10 years as a band.