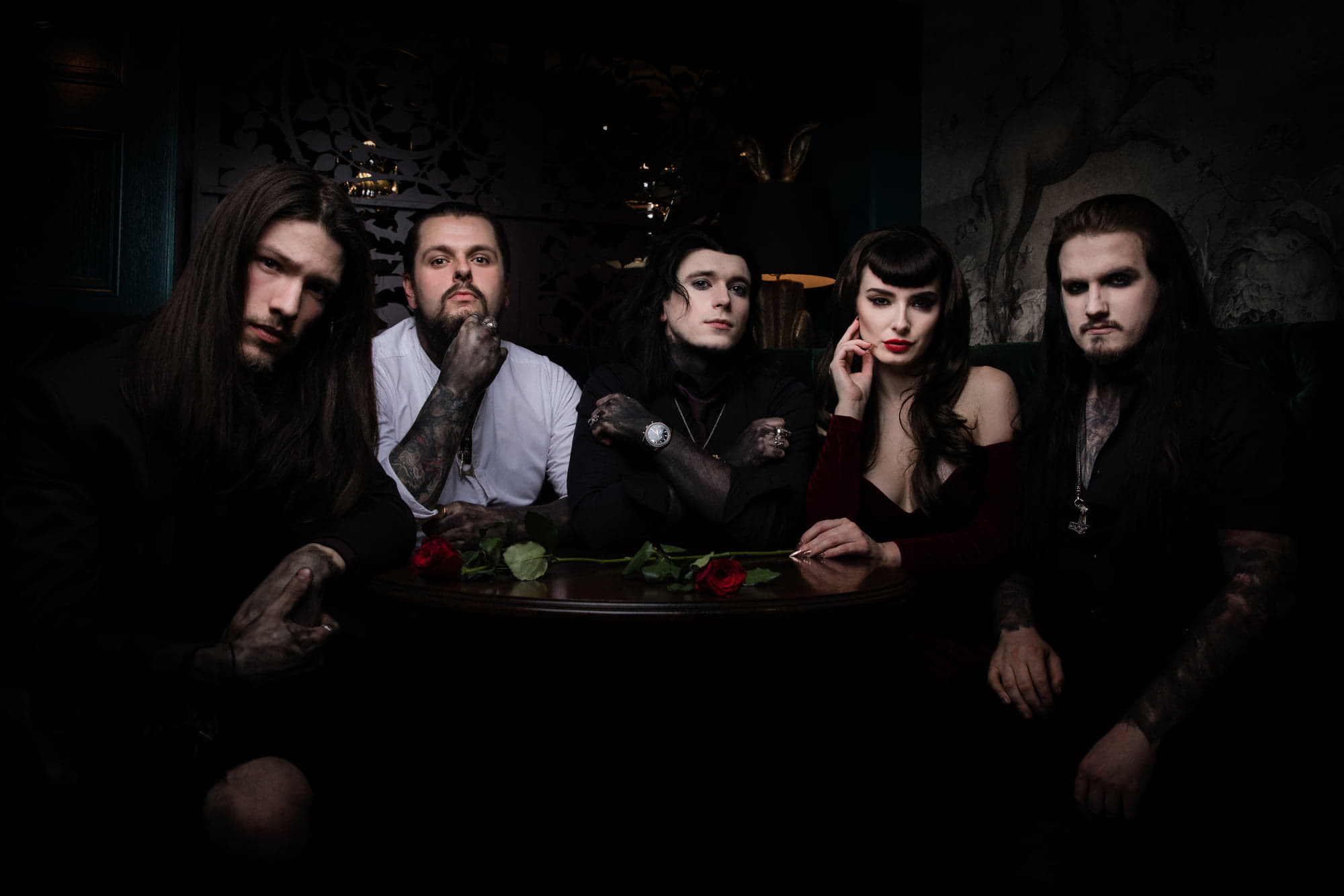 Today, much-loved underground outfit SHE MUST BURN return with a new single, reminding the world about why they’re one of the most exciting bands in the symphonic metal scene. Forever refining their deathy, yet stunning black metal sound, the five piece have released ‘Misery Eternal’. You can watch the music video for the track here: https://www.youtube.com/watch?v=spCaNHrOd7w

Speaking about the single the band say: “This song is a reflection of what we have been through to get here. Its the darkest song we’ve ever written.” ‘Misery Eternal’ will feature on SHE MUST BURN’S upcoming album, more details of which will be revealed in the coming months. Bio:Hailing from London, England, SHE MUST BURN erupted from the confines of modern genres and set a new tone for metal as we know it, amassing hordes of followers with their captivating live performances. With the release of their first EP, a unique sound of beauty and beast exploded, bringing fast attention and resulting in the band being handpicked by black metal giants Cradle of Filth to accompany them during the UK leg of their ‘Inquisitional Torture’ Tour.

In 2017 the band signed with ‘Artery Recordings’, releasing their full length debut in the form of Grimoire. This saw them embark on a 6 week tour of the USA (alongside Carnifex, Rings of Saturn and Lorna Shore) with the record entering at #6 in the US Billboard Hard Chart. Upon returning to the UK they delivered a highly anticipated performance at Download Festival.

In 2018, founding members, James Threadwell and Frank Keating united with the talents of Kyle Lamb, Jack Higgs, Valis Volkova and Steve Padley to begin work on what is set to be their most explosive release to date Umbra Mortis. In 2019 they released their first single ‘Of Blood & Bone’. Following the single release, in February 2020 SHE MUST BURN played a SOLD OUT headline show at the Black Heart in London.

After their successful return, the band planned to release their highly anticipated album later that year. Due to the implications however of the Covid-19 pandemic they chose to bide their time and postpone release until extensive touring was once again viable. Since 2017, SHE MUST BURN have accumulated over 650K video plays and over 2 million streams across their previous releases with 150k plays on their latest single alone.