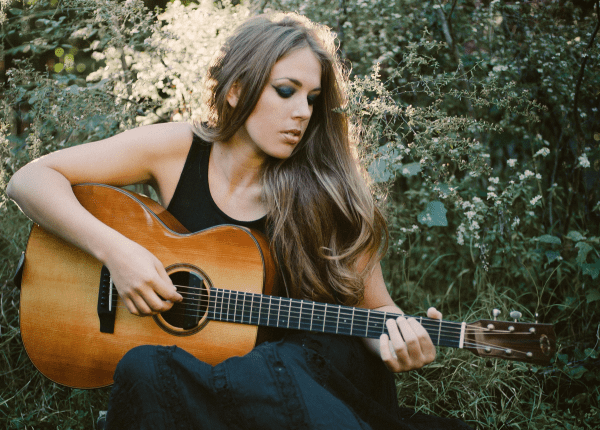 A video has been issued for ‘Building’, the title song of the current album by Nashville based singer-songwriter Shannon LaBrie. It was filmed at the home of its co-writer, Tia Sillers, who has recently received a nomination for the 2021 Nashville Songwriters Hall of Fame.

‘Building’ has been described by Americana UK as a “tender, heartfelt song of love, dreams and creating a future in a partnership. A hopeful song that focuses on the metaphor of building something together, its sentiment is direct, disarming and easily recognisable for anyone who has ever experienced powerful love that is about more than just passion but builds slowly, perhaps quietly, into something long-lasting.”

LaBrie herself explains that “it is about building a home that isn’t formed by boards and nails, but instead built out of the invisible things that make up a full and meaningful life— hopes, dreams, moments, and a love that knows no boundaries.”

Shannon LaBrie is a fearless singer, guitarist and pianist whose music and emotionally-charged lyrics fuse a unique blend of Americana and Soul. The follow-up to 2016’s powerful ‘War & Peace’ album, ‘Building’ contains the singles ‘Firewalker’, ‘Raining Hallelujah’ and ‘It’s Good To Be King’ (a Tom Petty cover). Produced by Grammy Award winners Brent Maher and Charles Yingling, the seven song set offers its listeners a journey to self-discovery and reflection with songs about finding strength in pain and spiritual guidance.

“True Americana in its purest sense, the seven cuts are blissful with LaBrie’s voice sounding sultry, smoky and soulful 8/10”
POWERPLAY
“Filled with the sort of evergreen resilience that is very much needed in 2020. Hearty vocals resonate with a driving message of hope”
FOR FOLK’S SAKE
“The breadth of these songs shows that LaBrie has more to offer than just a voice,  though in her case that voice would be plenty”
RED GUITAR MUSIC
“Excellent vocals, delightfully understated playing and timeless songwriting mark LaBrie out as effortlessly cool 4/5”
GET READY TO ROCK!
“Her boldest and most lyrically focused songs to date. A mesmerising voice and delectable guitar work 4/5”
ALAN CACKETT