album pre-order / single streaming link
https://radi.al/EmeraldSeas
includes the single
SUCCUMB
video
youtu.be/l10HOohy1Eo
Seven Spires is an American metal quartet who draw influence from across the metal spectrum and
beyond to tell their tales of demons, death, love and the peculiarities of the human condition.
‘Emerald Seas’ is their second album and is a highly emotional, dark and theatrical epic. Released via
Frontiers, the band have joined the label’s rapidly expanding metal roster.
For the first single from the record, vocalist Adrienne Cowan states: “‘Succumb’ was written in Boston
while we were attending college at Berklee. It began as vocals and piano, and we fleshed out the
rest of the arrangement together. Everyone has their own experiences and will interpret the lyrics in
their own way, but in the story of ‘Emerald Seas’ the main character has departed on a long
journey and is indulging in memories of someone special instead of focusing on their quest. It’s a
bittersweet one… but aren’t they all?”
As hinted above, ‘Emerald Seas’ itself is a theatrical concept work and is the prequel to the story of the
band’s debut full-length release, ’Solveig’. It follows a lone sea captain on his quest for eternal life
while being hunted by an ancient beast and struggling with loneliness, sacrifice, alcoholism and
the unexpected weight that comes with achieving one’s goals. Seven Spires’ signature blend of
melancholic beauty and emotional brutality on ‘Emerald Seas’ is the sonic manifestation of the
silent emptiness that can chill the insides when staring across bleak, open waters.
Discussing the influences behind the album, the band have drawn on “our usual mix of melodic and
extreme metal favourites and Hans Zimmer worship. We immersed ourselves deeply in 19th Century
Romantic music and art while writing this record, and we like to think that some traits from that era are
present as a result. It’s highly emotional; sweet and melodic at times, and quite dark and brutal at others,
especially when dealing with themes like losing one’s fear of death.”
As with their debut, ‘Emerald Seas’ is a collaboration with Sascha Paeth (Avantasia, Kamelot, Epica),
who mixed and mastered the album. Incidentally, Adrienne Cowan was recently handpicked by Paeth
to front his band Sascha Paeth’s Masters Of Ceremony and is also one of the touring vocalists for
the hugely popular Avantasia. “Touring with these acts has mostly influenced my live singing and
performance style,” she explains. “It has been an incredibly inspiring experience to be a part of these
groups where everyone is a long-standing master of their craft and of their artistic selves.”
Seven Spires will promote ‘Emerald Seas’ with extensive touring. 35 US and Canadian dates with
Insomnium and Omnium Gatherum are already in the diary for March and April 2020, followed by a
similar number of shows with Amaranthe and Battle Beast in August and September.
Seven Spires met while studying at the world renowned Berklee College of Music in Boston.
Following a successful crowdfunding campaign and self-release of their debut album, the group toured
extensively in the US and Canada and performed at festivals such as MetalDays, 70,000 Tons of Metal
and ProgPower USA. Adrienne Cowan possesses a voice that ranges from the beautiful to the
demonic, while her bandmates Jack Kosto (guitar), Peter de Reyna (bass) and Chris Dovas (drums)
weave intricate musical spells to accompany the lyrical tales presented on ‘Emerald Seas’. The band
help to maintain the Frontiers tradition of identifying and signing the most promising young acts to
ensure that the future of hard rock and metal music is in good hands.
EMERALD SEAS
TRACKLISTING
1  Igne Defendit
2  Ghost Of A Dream
3  No Words Exchanged
4  Every Crest
5  Unmapped Darkness
6  Succumb
7  Drowner Of Worlds
8  Silvery Moon
9  Bury You
10  Fearless
11  With Love From The Other Side
12  The Trouble With Eternal Life
13  Emerald Seas Overture
Mixed by Sascha Paeth
Mastered by Miro 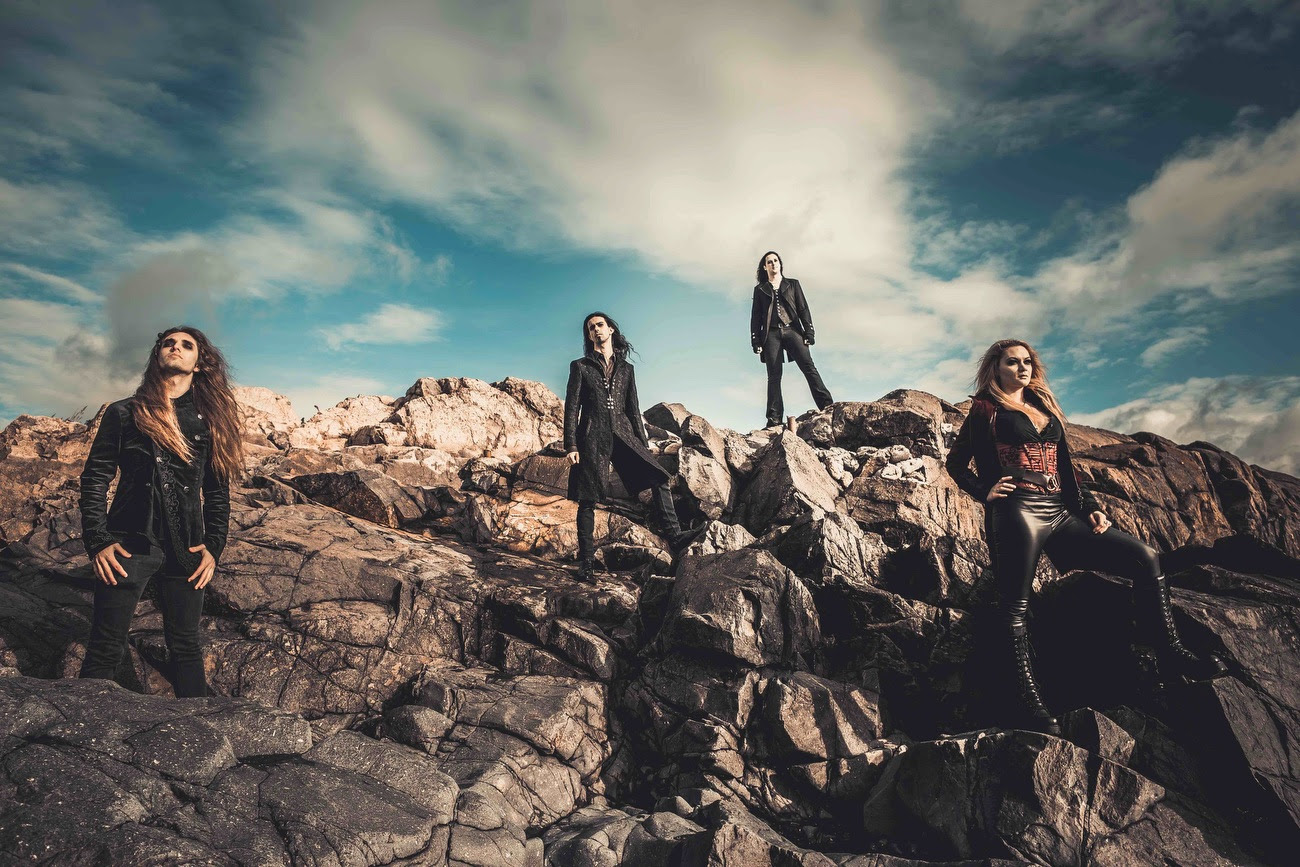 SEVEN SPIRES
Adrienne Cowan – vocals, keyboards
Jack Kosto – guitar
Peter de Reyna – bass
Chris Dovas – drums
sevenspiresband.com
facebook.com/sevenspiresband
twitter.com/sevenspiresband
instagram.com/sevenspiresband
ABOUT FRONTIERS MUSIC SRL
Originally founded in Naples, Italy in 1996 by Serafino Perugino and his father Fernando as a
distribution company, Frontiers has developed into one of the premiere independent rock labels in the
world. Synonymous with quality music from across a broad spectrum of rock genres, the company has
worked with multiple genre heavyweights and fan favourites. Aside from providing a home for classic
artists from the 1970’s and 80’s, it boasts a wealth of young, up and coming talent that, with a savvy
and forward thinking A&R and marketing approach, will be developed into the future of rock and metal.
With a deep commitment to and passion for THE MUSIC and the artists who create it, plus massive
global distribution, sales, marketing and publicity channels, Frontiers is the premiere home for both
established and emerging rock artists.
Head Office: Naples, IT | U.S. Office: Nashville, TN
Subscribe to be alerted when new videos are added:
radi.al/SubscribeFrontiers
Follow the ‘Newest From Frontiers’ playlist on Spotify:
spoti.fi/1rQz5Zm