Seth Walker Announces Memoir ‘Your Van Is On Fire: The Miscellaneous Meanderings Of A Musician’

Your Van Is On Fire: The Miscellaneous Meanderings of a Musician 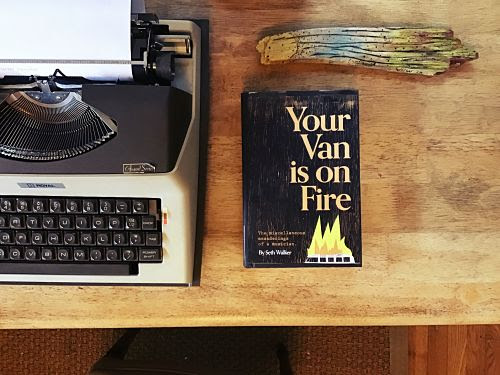 Seth Walker has announced the release of his first book, ‘Your Van Is On Fire: The Miscellaneous Meanderings of a Musician.’ Already a critically acclaimed singer/songwriter and visual artist, Walker now adds published author to his resume. Part memoir, part meditation and part art gallery, ‘Your Van Is On Fire’ is a riotous and charming melange of an artist’s meandering life spent in perpetual motion searching for the muse. Set to be released on January 21, it’s ironic that the quarantine surrounding the 2020 pandemic, which has grounded so many artists’ careers, was the impetus for Walker’s latest artistic endeavor, which involved conceptualizing a narrative for the many short essays, poems and paintings he’d accumulated over a near 30-year career.

“I was not expecting to write this book. It just happened. When the world stopped due to the pandemic, there I was sitting at my desk staring out of the window in mid-ponder. These stories had been percolating under the surface for years and when I was finally still enough, they made themselves known. I worked for six months straight, somewhat obsessed,” explains Walker. “I wanted to bottle this up and make this book available before year’s end as a testament to the one fruitful creation that flowered out of one of the hardest and strangest years of my life.  I hope you enjoy reading it as much as I did writing it!”

‘Your Van Is On Fire’ sheds light on the ins, outs and what-have-yous of life inside the mind of a working artist and the van of a touring musician. Edited by poet and essayist Leslie LaChance, with a foreword by singer/songwriter Oliver Wood, the collection recounts Walker’s early years growing up in a musical family on a Quaker commune in rural North Carolina, to his discovery of the blues guitar of T-Bone Walker, and his coming of age as an artist. The book centers on his life making music in the southern love triangle of Austin, Nashville and New Orleans, and includes some hilarious, contemplative, and wild tales from the driver’s seat of the van and other random locales.

Today, Walker launches a pre-order for ‘Your Van Is On Fire’ via Kickstarter, which along with hard and soft cover editions of the book, offers various bundles including a new solo acoustic recording that features some of Walker’s best known material and select cover songs. So jump up in, and go for a ride. Bring matches and a fire extinguisher. You will need both.

Early Praise For ‘Your Van Is On Fire: The Miscellaneous Meanderings of a Musician‘

“This book is like water. If I stuck my finger in the middle of it, it would ripple and ripple out ever further. Beautifully written, and I loved its sprawl. The colorful artwork was easy on my eyes to boot.” – Delbert McClinton (Grammy Award-winner, Singer-Songwriter)

“A real original, who shows you his soul. You can feel it in his songs, his singing, his guitar playing, and now in this memoir. It shines in poetry, prose and artwork.” – Oliver Wood(Grammy Award-nominee, Singer-Songwriter, and Musician, The Wood Brothers)

“This has been a wonderful read for me. Feels like having a front row seat on an incredible journey. I relate so much to the feeling Seth captured in this book with passage after poetic passage. Great travel tales!” – Ruthie Foster (Contemporary Blues Grammy Award-nominee, Singer-Songwriter, Musician, and KoKo Taylor Blues Music Award Winner) 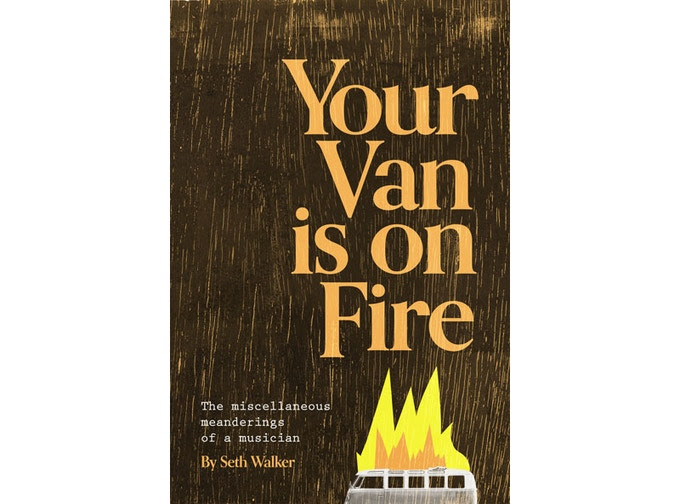 Native North Carolinian Seth Walker is a musician and visual artist who has spent the past two decades performing at some of the most renowned music venues and festivals around the world. He’s released ten albums of songs inspired by his travels and rooted in the musical cultures of the places he has lived, including stints in Austin, New Orleans, and Nashville. ‘Your Van Is On Fire: The Miscellaneous Meanderings of a Musician’ is his first book. 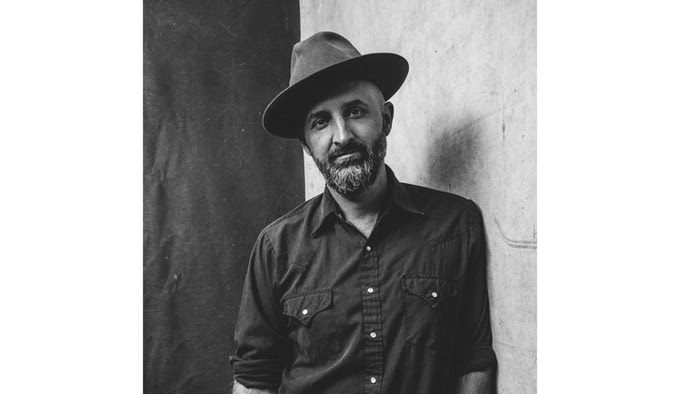