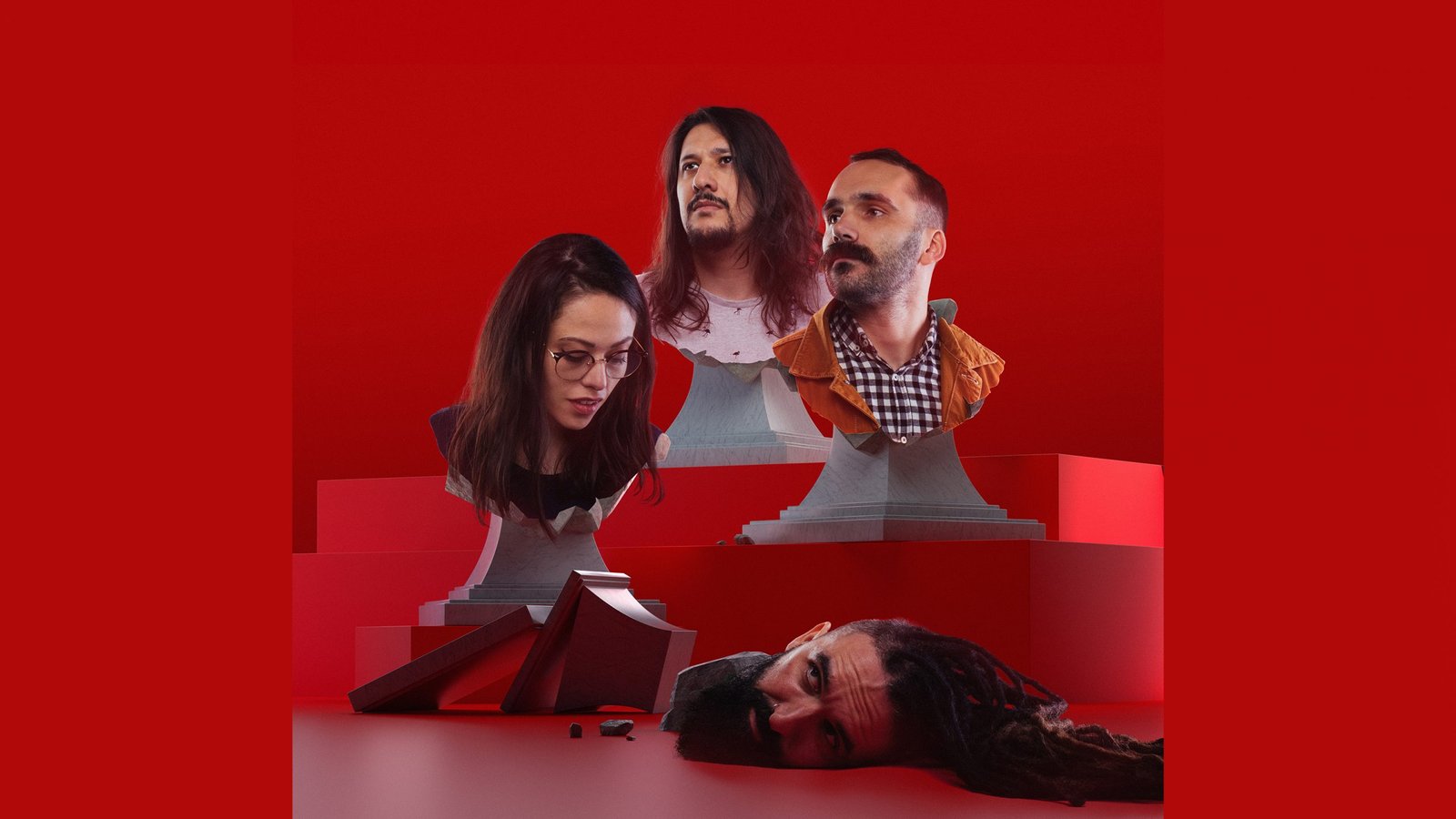 NEW ALBUM ‘FOUR’ RELEASED 22ND OCTOBER
Australian experimental rock project SEIMS will release ‘FOUR’ on 22nd October a new full-length album featuring their most engaging and hypnotic material to date.
The brainchild of multi-instrumentalist Simeon Bartholomew, SEIMS has evolved into an explorational and formidable band over the course of several records, including their most recent release ‘3’ and ‘3.1’ which featured the stabbing punk of ‘Cyan’ and lilting math-rock ode ‘Imperfect Black’.
The new record showcases the band’s delicately crafted arrangements on tracks including the beguiling 65daysofstatic ‘Wild Light’ era tinged post-math-rock of Elegance Over Confidence, the soaring modern post-rock of The Mountain’s Scream and the dark ‘Stranger Things’ evoking electro-prog of Showdown Without A Victim.
Now they have revealed the video for 2nd single ’The Mountain’s Scream’. Simeon comments:
“Crying out of the void she can’t see, frightened not knowing where she will be.“ This was the last song I’d written 3 weeks out before recording the album – driven by pure emotion and elation. My wife and I were expecting our daughter within a fortnight of recording this album, and of course, I seemed to have had that curveball wave of inspiration moments before we were about to step into the studio. Can we squeeze an extra song in? Maybe. Will it fit on the vinyl? I’ll make room. Do we know what this song exactly is supposed to be? Kind of. I don’t even think Chris had time to arrange the drums properly. I forgot to write my own parts because I was so focused on nailing this grandiose string arrangement. The lyrics were a further last minute addition – written the night before, and inspired by the imminence of her birth. Even though this tune felt “rushed”; I think it came out beautifully strong because it was powered by something new to me. (I’m sorry that’s so clichéd.)”
Watch the video now: https://youtu.be/alMd87dXefU
The album was written & produced by Simeon Bartholomew himself, engineered by Tim Carr (We Lost The Sea), mixed by Alex Wilson (sleepmakeswaves) & mastered by Jeff Lipton and Maria Rice. As well as Simeon performing bass, guitars, synths, piano & vocals himself, it also features blistering performances from Plini drummer Chris Allison, Kat Hunter & Susie Bishop on violins & Tangents/FourPlay member Peter Hollo on cellos.
For the release of ‘FOUR’ SEIMS have partnered with Australian labels Art As Catharsis & Bird’s Robe once again, as well as European vinyl label Dunk Records for the first time.
Initially conceived as a one-man studio project in 2012, the band has expanded into a ferocious live act with some of Sydney’s most talented musicians. SEIMS has shared stages with a diverse array of acts including Tortoise, Regurgitator, We Lost The Sea & Jean Jean. They performed at back to back Progfest events in 2018 & 2019 and have toured Japan twice, featuring at Tokyo’s iconic math-rock festival Bahamasfest.
In 2020 they were due to play the main stage at UK festival ArcTanGent, alongside Opeth, This Will Destroy You & Swans, when the pandemic forced the postponement of the event. They are now due for their maiden UK/EU tour in 2022, again featuring a performance at ArcTanGent.
‘FOUR’ is out on Friday 22 October through Art As Catharsis Records, Bird’s Robe Records & Dunk Records. Pre-order now:
https://seims.bandcamp.com
For fans of: Battles, The Physics House Band, 65daysofstatic, Adebisi Shank, Alarmist & Three Trapped Tigers.
www.seims.net
www.facebook.com/seimsmusic
www.twitter.com/seimsmusic
www.youtube.com/seimsmusic