New York City based singer/songwriter/gutarist Scott Martin has released a new guitar driven single titled “Bringing Hollywood Back to Life” that will be released directly to vinyl at https://leestavall.com/.

The single can be heard here: https://soundcloud.com/scottmartinnyc/hollywood

In addition, Scott has released an accompanying video that was filmed LIVE at Leesta Vall Sound Recordings in Brooklyn, New York. The video can be seen below.

Scott Martin is a New York City based guitarist and songwriter, best known for his work with the alternative rock groups Bulletproof Messenger and Storm of the Century. He is also highly regarded as a first-call studio and live session player in the New York metropolitan area.

As a self taught player and composer who is largely influenced by the classics, his latest offerings might be more modern in feel and production, but there is no mistaking that the underlying sounds and songwriting stem from a deep appreciation of classic acts like R.E.M., U2, Tom Petty and Bruce Springsteen. As a solo artist, his artistic vision as a rock guitarist in a pop driven world is to “…try to make an updated version of rock n roll…to try and get
back to that place where rock n’ roll was pop and pop was rock n’ roll…”

His debut single “Head Over Heels” garnered positive reviews upon its
release and has since been added into rotation on local, national, and international radio outlets. The tune has also had the distinction of being curated by Reverbnation and added to its
“Discover” app in the Rock category.

The success of “Head Over Heels” was followed up by the soaring “Rock N’ Roll Heart” and the swaggering “Crazy Little Love Machine”, two more modern leaning pop-rock numbers that are brought together by Martin’s favored guitar sound – a Fender Telecaster alternating between a heavy dose of “kerrang!” and creating U2-esque rhythmic
soundscapes. Both tunes went on to positive reviews, a second round of curation by Reverbnation, and were chosen for airplay by numerous outlets across the globe.

Scott is looking forward to several more releases throughout the year as he constantly pursues new ways in which he can blur the lines of rock n’ roll and pop. You can catch him and his band live throughout the NYC area, as well as keep up with him on all social media
channels. 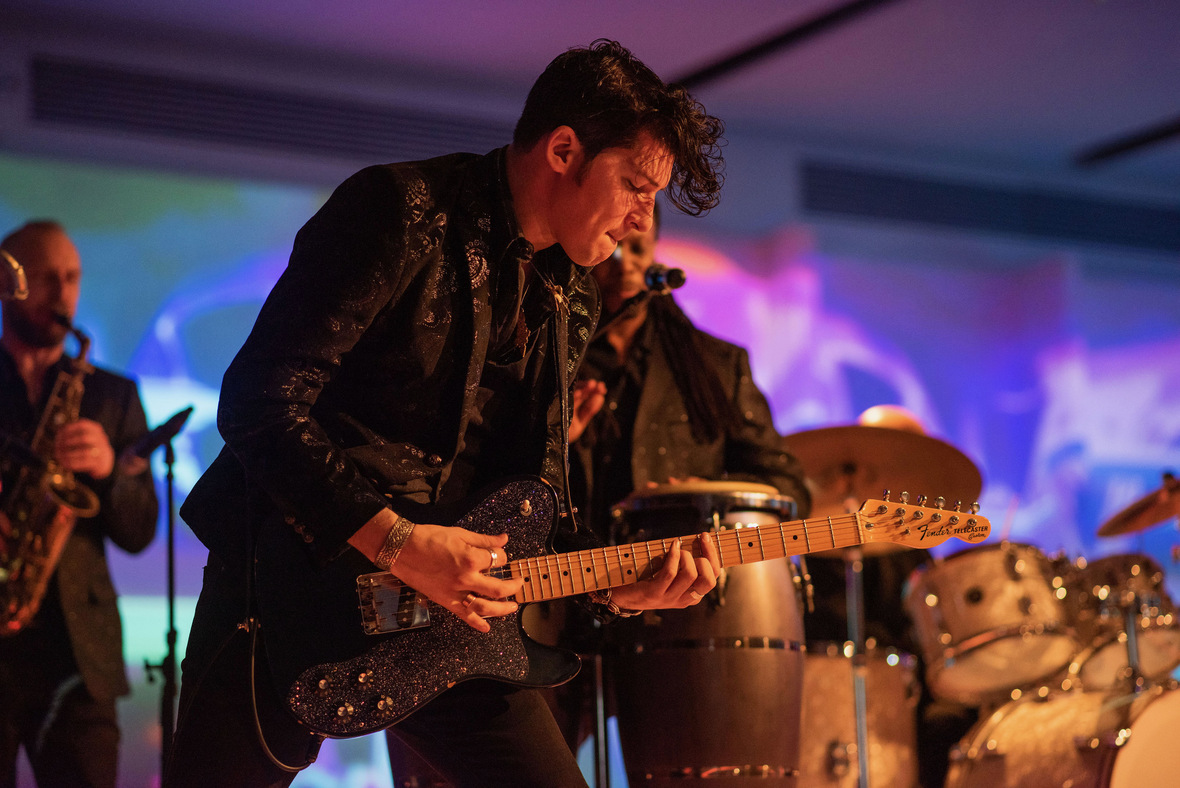