BAND TOUR THE UK THIS WEEK 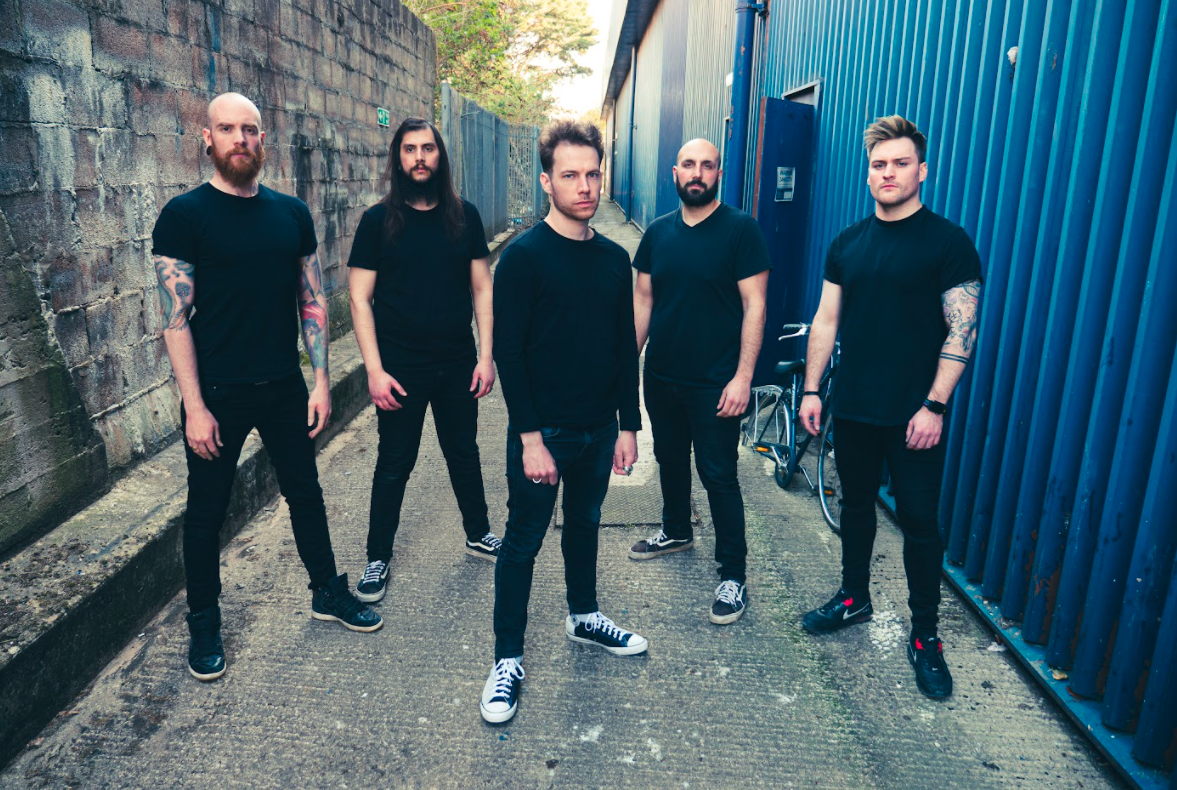 Schemata Theory have released a video for ‘New Vision‘, the second single to be lifted from their upcoming new album, ‘Unity in Time‘. The track showcases another flavour of the raw energy the band deliver on the new record, and delves into personal subject matter of vocalist Myles Dyer‘s battle with his mental health following a near-fatal accident.

Myles explains: “This song emerged from a very difficult chapter in my life, in which I suffered a head injury that took years to recover from. Straight after the accident, I stayed at home alone to recover from the intense post-concussion symptoms, during which every aspect of my life was decimated: I stopped working, socialising, engaging with Schemata Theory, my physical and mental fitness declined… It was dreadful.

“As days turned into weeks, into months, into years, I was fortunately able to work my way out of it eventually. But the path to recovery was a terrifying one, because I never saw the end to it. ‘New Vision’ acknowledges the horrible sense of limbo one feels when in the deepest realms of depression, whilst highlighting the importance of mental tenacity and the relief of finally coming out of it. The journey is never easy, but by sharing experience, hopefully it will bring comfort to those currently on the road to mental and/or physical rehabilitation.”

Mental health means different things to different people, thus the band wanted a video that was simple, giving focus to the words and music that drive this message of recovery. Watch it here.

Today, the band have also revealed the tracklisting for ‘Unity in Time‘. 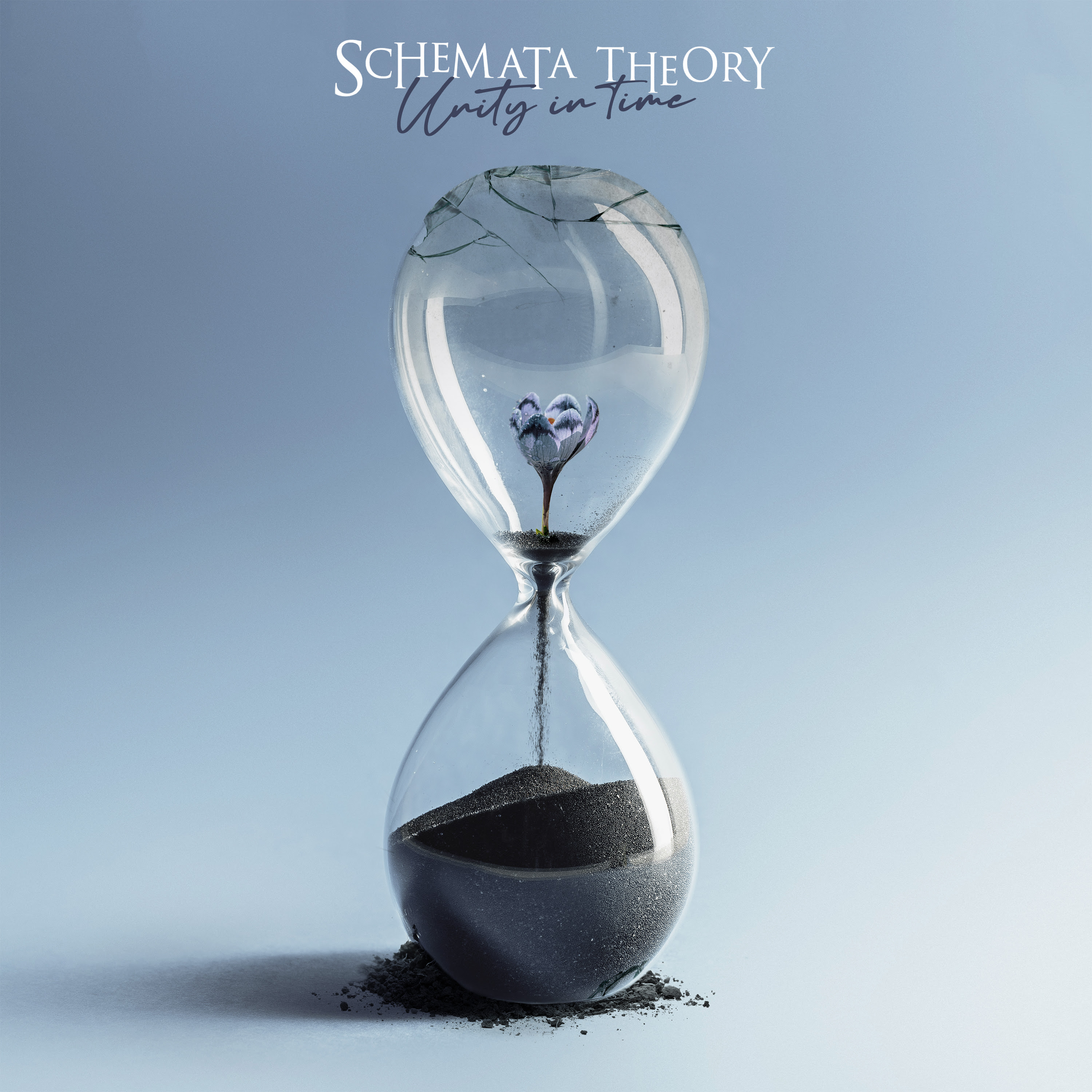 ‘Unity in Time’ is Schemata Theory’s acknowledgement that the struggle continues as we all try to create and develop much needed connections. Our common humanity exists beyond fear, ego and defensiveness, all of which stands in its way. Returning to the studio to work with Justin Hill (SikTh, Heart of a Coward, Betraying The Martyrs) and drawing on their disparate influences in the likes of Killswitch Engage, Enter Shikari and Funeral for a Friend, the band have pulled together their greatest work to date.

Following the release of previous single ‘Voices‘, Schemata Theory head out on a 4-date headline run this week. Catch them on the following dates. 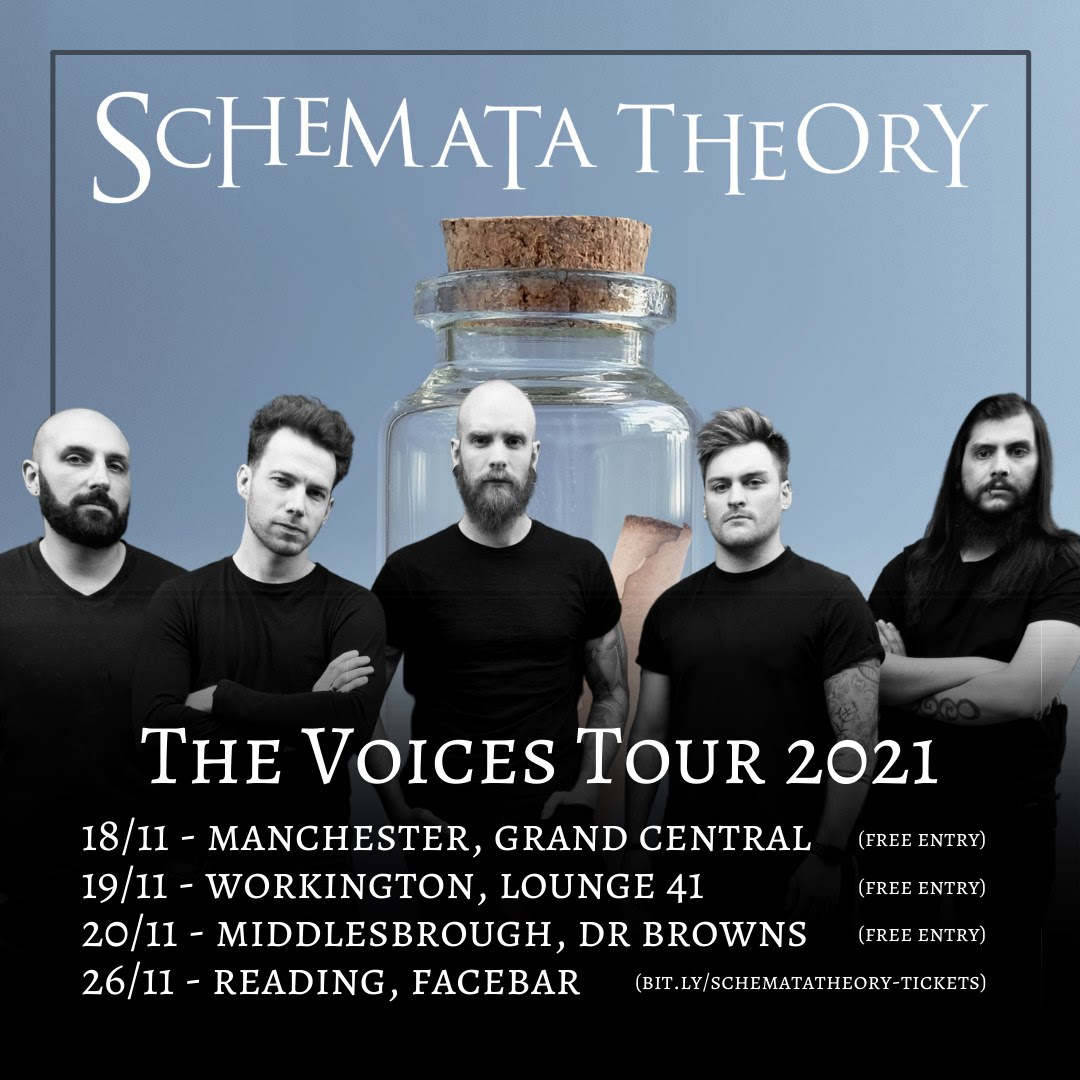 Schemata Theory’s message of unity and compassion has struck a chord globally; including with organisations such as Anonymous, The Zeitgeist Movement and Wikileaks. Their dynamic live shows provide a safe space for people to unite and be fully immersed in the heavy intensity of their music. Notable live performances include a sold out show at O2 Academy2 Islington and a Metal Hammer approved set supporting Deadly Circus Fire at Camden Assembly (formerly Barfly), with the heavy metal bible hailing the band as “vibrant, colourful and frenetic (8/10)”.