Fans of the German puppet comedy superstar Sascha Grammel have known for a while now: The likeable ventriloquist from Spandau and proud creator of puppets and audience favourites such as eagle pheasant Frederic Freiherr von Furchensumpf, turtle lady Josie or ecotrophologist Professor Dr. Peter Hacke, is always good for a surprise. The latest sensation: Grammel swears by the music of German Metal band The Unity to motivate him during fitness workouts. Apparently, his favourite track to sweat, cycle, run and lift weights along is ‘Close To Crazy’. But that`s not all: Grammel and his endearingly eccentric puppet flatmate now appear in The Unity’s latest clip – and you can see they’re enjoying every second of it.

Referring to the unusual song title, Grammel`s alter ego Frederic quizzes his boss in the video intro: “Did you write this song?” And counters Grammel`s honest denial with: “But it would’ve been very fitting! You`re close to crazy too!”

“Close To Crazy (live)” is the forerunner to The Unity’s new live album‚ The Devil You Know – Live, which is due for release by Steamhammer/SPV on November 12, 2021 and includes recordings of concert highlights from their tours of Germany and several European countries between 2017 and 2020. The accompanying video shows The Unity as comrades in arms with the two Gamma Ray members Henjo Richter (guitar) and Michael Ehré (drums, Primal Fear) alongside bandmates Gianbattista Manenti (vocals), Stef E (guitar), Jogi Sweers (bass) and Sascha Onnen (keyboards) at the Masters Of Rock Festival in the Czech Republic, where the band as always managed to thrill fans and critics alike. 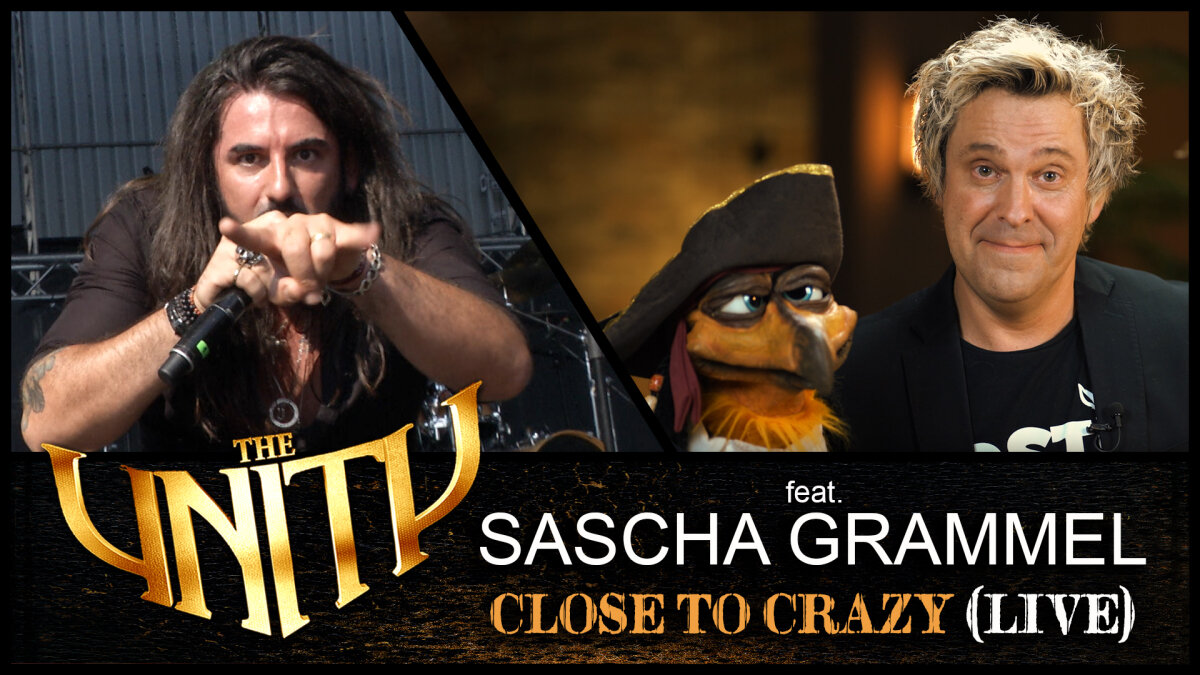