“There is something of a Tim Buckley about Sam Brookes…a sense of powerful fragility…vast emotional reserves at work.” – The Independent ****
“Musically (Sam Brookes’) excels at propulsive, narratively rick folk, delivered in a soaring, clear-as-a-bell singing voice that makes every word of his evocative lyrics count.” – Sunday Times ***
“Like many before him, Brookes is moving into Jeff Buckley and Bon Iver territory… Unlike most of those aspirants, though, he sounds uncommonly at home there.”  – Uncut Magazine
“’Kairos’ is a sensuous, fluid 21 Century Folk dream.” – Neil McCormick (The Daily Telegraph) 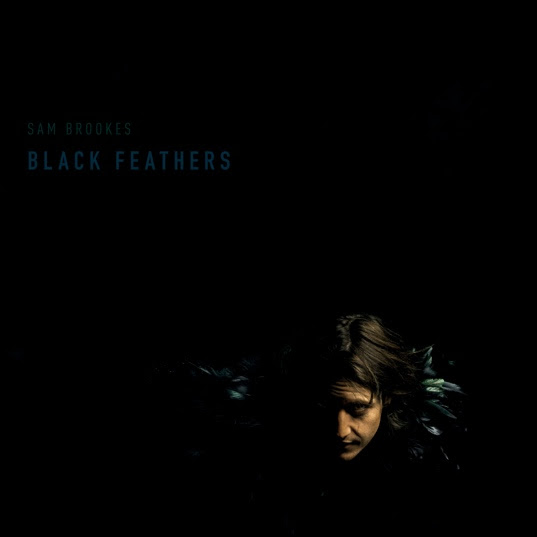 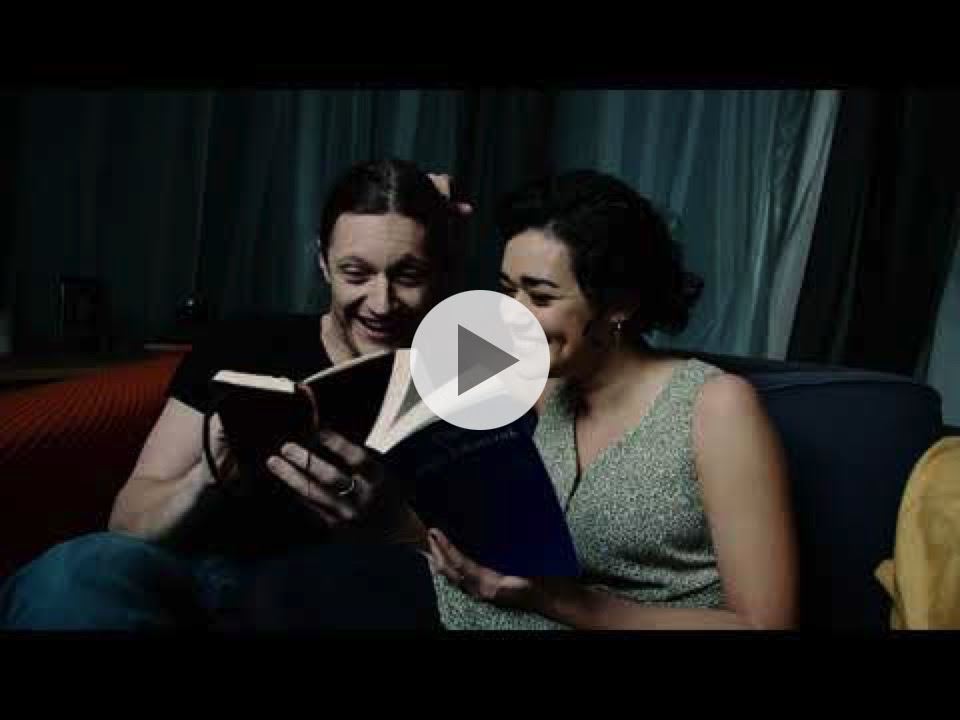 Connect with Sam Brookes via Website | Instagram | Twitter
Connect with Go Slowly Records via Website
“The darker the night, the brighter the stars.” – Fyodor Dostoevsky
Sam Brookes returns with the exquisite and disquieting new single and video Ekarma, the first track to be released from his forthcoming new album Black Feathers (out 23rd October 2020, Go Slowly Records).
Ekarma explores the inner strength found in periods of isolation weaved with dark but ultimately soothing memories of the ocean.  Ekarma was inspired by a frightening childhood experience which saw Brookes nearly swept out to sea whilst swimming on a family holiday, too far from the shore to call for help. As he expands “I had this overwhelming feeling of fear that almost crippled me but I realised it was up to me to get myself back to shore. This memory often revisits me as an adult when I feel that I’m ‘too far from the shore’.”
Black Feathers is Sam Brookes first album in six years. It follows the critically acclaimed Kairos which was hailed as one of 2014’s stand-out albums by The Independent, and Brookes as a Breaking Act by Sunday Times Culture, with critics comparing his evocative and rich folk-tinged sound to the likes of Bon Iver and Jeff Buckley.
A lot happened in those six seemingly absent years, Sam Brookes lost his father and had a long-term relationship unravel, before losing a close friend. A relocation to the relative calm of Bristol followed with some time out to process before the experiences were slowly poured into the songs of Black Feathers, an album Brookes describes as “a mediation on grief.”
Despite, or perhaps because of, the album’s heartrendingly honest exploration of loss and heartbreak, and its undeniable undercurrent of turmoil, Black Feathers is a thing of exquisite beauty. There are glimmers of hope and light peeking through the darkness, a sense that the record takes the listener through the very heart of the pain but then out the other side, to a place of acceptance. As Brookes came to understand: “Grief visits you from time to time.  It hurts and instinctively you want to fight it, but if you learn to hold it lightly then you can carry it with you, not as a burden but as a guide.”
Taking centre stage on Black Feathers is Brookes’ startling and emotive multi-octave vocal and his guitar, a stripped back approach that lends the album its intimate and confessional feel that at times recalls the stark emotional appeal of Laura Marling. On Falling fingerpicked acoustic guitar and softly brushed drums quietly soundtrack a gently rousing song essentially of acceptance, whereas 18 And Sleeping is an ode to giving oneself time.
However, Black Feathers is also an album of many layers, of subtle twists and turns, of pulsating simmering depth. Boasting an impressive ensemble, the record includes guests such as revered jazz pianist Neil Cowley, acclaimed fiddle player Sam Sweeney, and Ethan Johns – who has worked with Ray LaMontagne, Kings Of Leon, Laura Marling and more – making a rare appearance behind the drum kit.
There are moments of percussive vigour on the record which recall John Martyn’s Solid Air (Sinking Boats) whilst songs such as first single Ekarma and the dream-state album closing track The Sleeper touch on Thom Yorke’s more pensive and disquieting moments.
Then there are the tracks where the ensemble comes to life, songs such as the propulsive and expansive Into The Night, or the bitter-sweet folk-pop of Fools On Saturn. The stark and haunting title track Black Feathers takes us to a place of grief-afflicted sorrow, where Granite brings a subtle acoustic folk palette and mournful strings.
Brookes fully achieved his vision with Black Feathers, to create an album that “Transports the listener to a place of peace and openness, each song being a planet of emotion for you to explore, absorb or simply fall into.”
TRACKLIST:
1.     Ekarma
2.     Sinking Boats
3.     18 And Sleeping
4.     Falling
5.     Black Feathers
6.     Be Free
7.     Into The Night
8.     Granite
9.     Fools On Saturn
10.   The Sleeper
Sam Brookes began writing Black Feathers back in 2017, with the album coming fully to life when producer Dom Monks, who also mixed the record, got involved. It is the first album to be recorded at the Bert Jansch Studio in the Somerset countryside. It was mastered by Matt Colton at Metropolis Studios, Chiswick.
Black Feathers is released on 23rd October 2020 via Go Slowly Records. It will be available on 12 inch vinyl, CD and digitally.
Catch Sam Brookes live in the UK and Ireland in November-December 2020:
TOUR:
4th November: Prince Albert Inn, Stroud (UK)
6th November: Old Bakery Studios, Truro (UK)
7th November: Jam Jar, Bristol (UK)
8th November: Kingskerswell Parish Church, Newton Abbot (UK)
10th November: Green Door Store, Brighton (UK)
11th November: Dorchester Arts Centre, Dorchester (UK)
12th November: Heartbreakers, Southampton (UK)
13th November: Bush Hall, London (UK)
14th November: Bedford Esquires (Room 2), Bedford (UK)
15th November: OPEN, Norwich (UK)
17th November: Kitchen Garden Café, Birmingham (UK)
18th November: The Greystones, Sheffield (UK)
19th November: Settle Victoria Hall, Settle (UK)
20th November: SWG3 Poetry Club, Glasgow (UK)
23rd November: The Old Bridge Inn, Aviemore (UK)
25th November: Cluny 2 , Newcastle (UK)
26th November: The Met, Bury (UK)
27th November: The Duncairn, Belfast (UK)
28th November: Whelan’s, Dublin (Ireland)
29th November: Roisin, Dublin (Ireland)
1st December:  Royal Liverpool Philharmonic (Music Room), Liverpool (UK)
2nd December: Henry Tudor House, Shrewsbury (UK)
3rd December: The Gate, Cardiff (UK)
4th December: Aberystwyth Arts Centre, Aberystwyth (UK)
5th December: The Globe at Hay Institute of Art & Ideas, Hay-on-Wye (UK)
6th December: Exeter Phoenix, Exeter (UK)
Ticket links via www.sambrookes.com