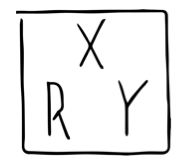 VINYL FORMAT OF ‘LIVE AT THE ROYAL ALBERT HALL’ IS OUT

SHARES THE NEW LIVE FROM THE VIBIANA VIDEOS FOR

After releasing ‘Live At The Royal Albert Hall’ on digital formats earlier this year, RY X is set to release the album on vinyl today. A beautifully crafted package for fans and collectors, the limited edition set will be pressed on maroon smoke effect double vinyl and is available to order here.

‘Live At The Royal Albert Hall’ captures a once-in-a-lifetime event in which RY X’s tremulous voice and stark emotional songwriting was complemented by the London Contemporary Orchestra in one of the world’s most historic venues.

Shortly after the album’s digital release, RY X played the global livestream event ‘Live From the Vibiana Cathedral’. He performed a selection of fan favourites which he reimagined in an intimate, stripped-back performance in a beautiful candle-lit environment in Los Angeles.

RY X also shares the new video of ‘Salt’ which was captured during the Vibiana Cathedral show. Originally featured on his debut album ‘Dawn’, this new version of ‘Salt’ is extended into an hypnotic, lovelorn mantra. Supported by a sweeping string ensemble, Ry X’s hushed and haunting vocal melodies are augmented by gospel-tinged harmonies as the song takes on a celestial ambience.

He commented, “It was beautiful to explore sound and improvise through this song in new ways. I love where this grows to energetically. Hope you enjoy.”

Having also previously shared the live version of ‘Berlin’, RY X will share further Live From The Vibiana videos on a regular basis throughout the rest of the summer.

The Royal Albert Hall and Vibiana content both provide a reminder of RY X’s unforgettable shows, in which he conjures spine-tingling atmospheres as he reinvents favourites from his songbook. He recently announced details of a long-awaited European / UK headline tour, which is set to commence in March 2022 and will represent his first full-scale live shows since October 2019.

Tickets for the dates, listed below, are available here: