Ideologic Organ are to release a collaborative album from Norwegian musicians/sound artists Runhild Gammelsæter and Lasse Marhaug on 19th August, with a special colour variant available to North American and European customers via Southern Lord/Southern Lord Europe (limited to 300 copies).

Gammelsæter and Marhaug both started in the early 1990s music underground and have worked in many constellations with a wide range of collaborators.

Despite knowing each other for a long time, Gammelsæter and Marhaug’s first collaborative work was the Quantum Entanglement LP in 2014. The album ignited a collective spark that both wanted to pursue further. Still, other commitments got in the way, and the project lay dormant until Stephen O’Malley, and Greg Anderson invited them to open for Sunn O))) for a special gig in the St. James Church of Culture in Oslo in the autumn of 2019. The two gathered for a long series of rehearsals, and after the successful performance, it was clear that it was time to start working on new compositions and recordings. That process initiated in late 2019 and continued to early 2021, encompassing before and after the world went through the lockdown. The result of this long development to be heard accumulated upon their new album Higgs Boson on Ideologic Organ Music.

Throughout the profound process of creating Higgs Boson, Gammelsæter and Marhaug drew inspiration from various subjects and artists. For Marhaug, it was concepts informed by the structuralist experimental cinema of Japanese directors Takashi Ito and Toshio Matsumoto, futurist worlds of French comic book artists Philippe Druillet and Jean Moebius Giraud, landscape photography of Fay Godwin, Kåre Kivijärvi, and Tamiko Nishimura, amongst others.

It became a metaphysical juxtaposition involving Gammelsaeter’s research and lyrical ideas based on several seemingly unrelated principles. A process of association inspired by “the Glass Bead Game” by Herman Hesse. The discovery of the Higgs Boson as a confirmation of the physical universe. The work of Ernst Schrödinger on the uncertainty principle. The four forces of physics. The Force. Helplessness under armed forces – as the war sailors in World War II. The influence of magic as expressed in tarot.

Gammelsæter experiments with a boundary involving the thresholds amongst various states of focus and legibility by forensic experimentation with techniques such as exclusive expression of consonants, syllabic repetition, retrograde text vocalisations and multi-lingual layering. Her vocal inspirational sources include Sidsel Endresen, Diamanda Galas, Natacha Atlas, the choral works of Rachmaninov, and the bands Carcass and Grave.

Two worlds coming together, making the music special. Mixing hard facts with science fiction helps create a kaleidoscopic cross point between the complex realities of the past and a possible future.

Quantum Entanglement featured two long-form pieces centred around a prepared piano and layered voice, while Higgs Boson developed a much more elaborate and ambitious compositional work. Across eight parts, the two artists brought a broad palette of instrumentation and sound. Electronic and acoustic, objects and field recordings, and pipe organ define the structures of which the centre is Gammelsæter’s magnificent voice. She has become known for her legendary voice, with her vast and unique range of inflective techniques and affective colour through her 30 years creating music. In the mix, Lasse approached the instrumental elements like landscapes, then Runhild’s vocals as characters that inhabit those worlds. Often, Gammelsæter multiple characters fused with the landscape. Make them occupy space, sometimes blend into it, sometimes dominate it. Constructing and setting visual guidelines helps set focus and open possibilities.

As an album, Higgs Boson is direct and focused, drawing on song structures. Within these tracks are vast strata of sound, an immersive multi-dimensional depth of music. Creating a feeling of depth while working with a flat two-channel stereo format – and how dimensions of texture and distortion can help develop the illusion of a space. The album structure is a story-like arc, a malleable subjective path, set as the album traverses oblique and suggestive areas, opening the concepts for the listener to unpack as they like. 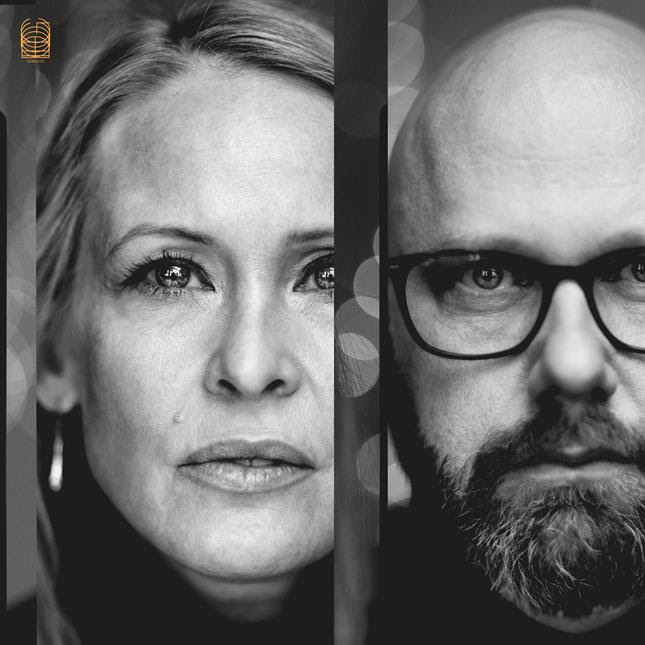 FOR MORE ON LASSE MARHAUG:

FOR MORE ON IDEOLOGIC ORGAN