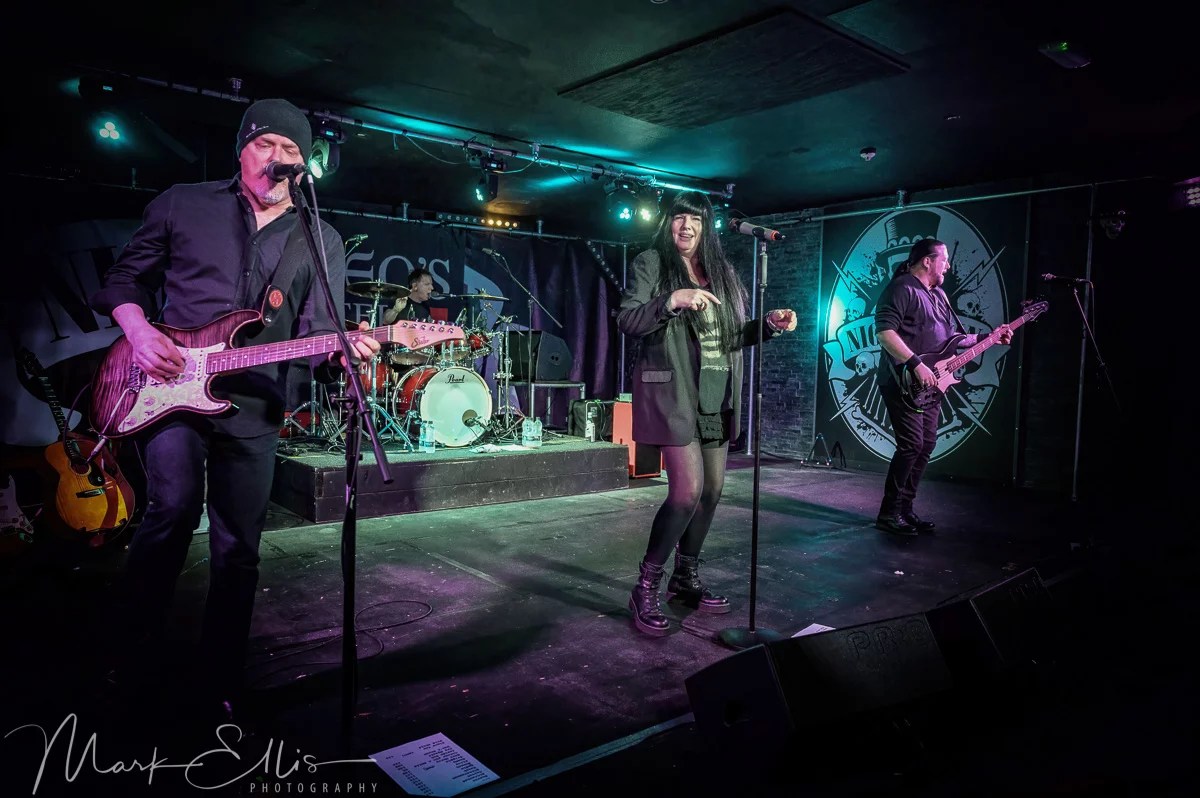 As another weekend rolls around, we’re back at Nightrain in Bradford to see Romeo’s Daughteron the first night of their tour. The British AOR band has been going for over 30 years and with this tour they show no signs of stopping.

Kicking things off first however is The Delta North. The local Leeds band take a classic rock sound and blend it with catchy riffs and beats. On stage, they provide a performance that is enjoyable to watch with songs that are foot-tapping-good. Having released their debut album ‘Atoms’ today, the setlist heavily features these tracks and is the perfect preview hearing these played live.

If you’ve not seen them before, they put on a show that you can’t help but be intrigued by and leave you wanting to know more about them. Although the most impressive part of their performance was that this was only their second-ever live show. If this is the talent that these guys have now, I can’t wait to see what they do next.

The lights go down and it’s time for Romeo’s Daughterto hit the stage. Heading straight into “Heaven In The Backseat”, the energy of the room is instantly raised as the crowd gets ready to party. As they head into “Attracted to the Animal” next to the whole room from the crowd to the band are dancing along. This vibe continues throughout the whole set as everyone is in the party spirit. Leigh Matty is on excellent form tonight too as she dances around the stage and showcases her incredible voice. Her whole performance, you just can’t take your eyes off her and join in with her high spirit. The rest of the band are also excellent tonight as they masterfully play through each song and match Leigh’s energy. Romeo’s Daughter doesn’t disappoint either with their choices of songs for the setlist covering all the classics including “Bittersweet” and “Inside Out”. Leigh explains that they have decided to keep things old school tonight as its their first performance in 2 years and should have been the 30 year anniversary tour. She does allude to the band having something exciting to come later in the year so that’s something for fans to look forward to. Tonight, however, is about everything we love about this band and enjoying seeing them back on stage who appears just as happy to be back. One thing for certain, Romeo’s Daughter are still kicking ass and are still an incredible live band.