The Sign Records are happy to announce that Rokets has joined the label for the release of their second studio album ”Break Free”. Hailing from the Finnish capital of Helsinki, Rokets delivers an explosion of electrifying rock’n’roll. Previously seen gigging around Finland and the Baltic states, Rokets released their debut EP Speed & Sound in 2019, followed by the well received 2020 album ”Fast Times”. Now, the group is set to launch their second full length, kicking things off with the brand new single ”Cherry Kiss”.

”After the recording of our debut album Fast Times our bass player, second guitarist and drummer have changed. Nevertheless you will still absolutely hear that signature sound of ours with an addition of razor sharp dynamics in the groove. All glory to the lovely people of The Sign Records for taking us under their sonic wings and presenting this single to the masses. The song tells a story of an irresistible seductress that will be the end of you. She’ll lure you in, take you down and make you wish you would’ve made that U-turn when you still had the chance. There’s no escaping this femme fatale!”

Rokets new single ”Cherry Kiss” is out now on all streaming platforms. 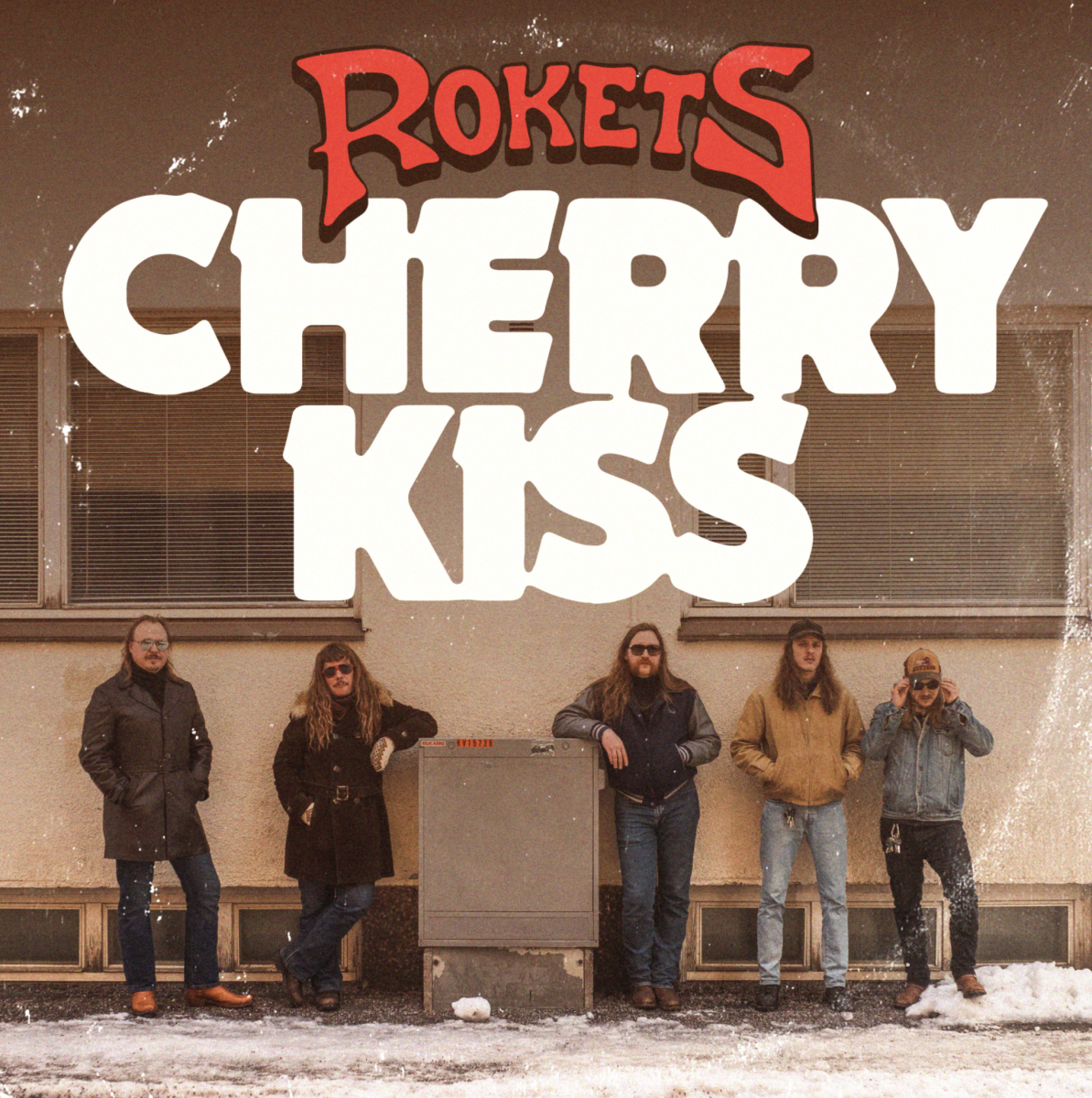 Rokets, formed in 2017, is a rocking and a rolling band from Helsinki, Finland. They have earned a reputation of a ferocious and electric live act through their constant gigging around Finland and the Baltic states. The band’s first EP Speed & Sound has been sold out for quite some time and their debut album Fast Times has gained a lot of attention and positive feedback around Europe and America. Now set to release their second album Break Free, Rokets are ready to make their presence be known with their high energy rock’n’roll. Besides setting stages on fire venue after another, the five members of Rokets have left a mark in the underground music scene of Finland by being a part of bands such as Black Lizard, Tryer, Velvets, Green King, United Seafood, Rusty Triggers and Slippers.