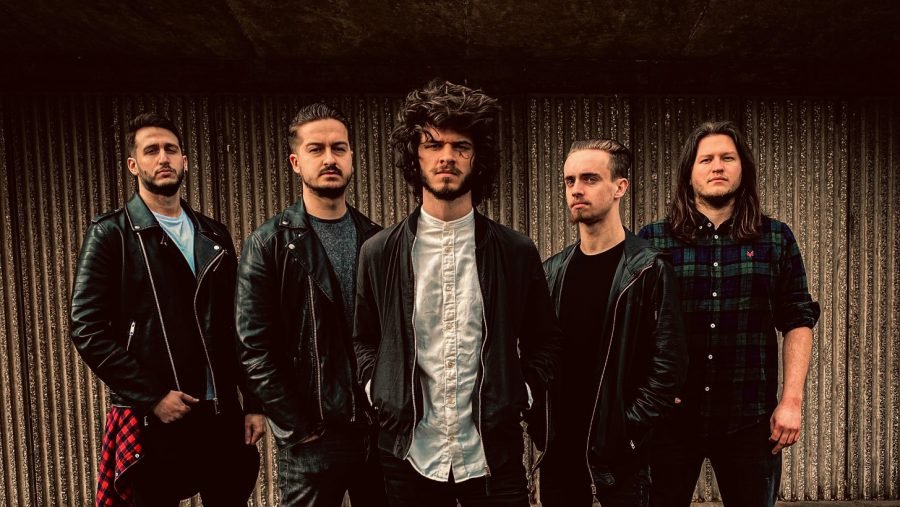 Rising UK metallers, AKKADIAN ( https://www.akkadian.co.uk ), merge edgy punishing riffs, loaded with groove and vigour. The ascending quintet have just released their stirring new single & video, Agenda –  https://youtu.be/fqytOomc1EQ. We wanted to dig deeper, so we asked the band to offer up their top tracks:

“Danny (Vocals): For me, vocally, Set To Fail by Lamb of God. Randy Blythe’s vocal dynamics, strength and technique in this song just absolutely blew my mind the first time I heard it. Especially on the line “You’re so set to fail!”. The way Randy goes from the low screams, to instant highs, just infected my brain and left me wanting more. Fortunately, the entire Wrath album is full of these epic vocal moments. But “Set To Fail” is the one song that always sticks in my head.

Invincible by Tool. The reason being that it has helped me to push my ability for writing songs and to explore lots of different alternatives to song structure and soundscapes that make a song individual. The intro riff in particular stood out to me. It’s catchy, but it also gradually builds up with all of these technical layers, which again has influenced my own way of song writing and structuring.

Stoopid by Snot. Such an amazing song in my opinion. It’s a rather simple song but everything in the song makes sense and flows so well. The structure is simple but what I find great is that every part is actually here to push the dynamic up a little. Every time you could think the song has reached its climax, it actually always grows even more in energy until the very last chord. Another detail I enjoy in that song is that most of the times the bass line is actually playing the next riff to come, so it’s like in the background it’s telling you what riff is coming next. Also, the song is a good example of how the vocals and the drums are leading the dynamic of the song. Sometimes when writing music, especially as a guitarist, you think the guitar and the riffs to be what leads the song but actually some times all you need is a solid rhythmic section which is going to take something that might sound simple to another level.

Bleak by Opeth. It was the first technical/progressive death metal song I ever heard. Technicality, lyrics and melody blew my mind and really helped me improve my playing. It is a song from the album “Blackwater Park”, which most fans seem to point to as the ‘definitive’ Opeth album. Because of this song and album, I was inspired to create more melodic and full of emotion bass lines.

This Calling by All That Remains had a HUGE influence on me. I was about 7-8 when I first heard the song and it completely blew me away, I had heard nothing like it at the time. I was already playing drums for a few years at that point but I remember hearing those fast double kicks and thinking to myself “I want to do that”. So that song is one of the main reasons I started playing with a double bass pedal. Overall  ‘This Calling’ was one of the first songs that made me fall in love with the ‘heavier’ side of music in general and I haven’t looked back since.

All That Remains – This Calling: https://youtu.be/raRHUG0PkQU

Collectively (As a whole band):

I don’t think any metalhead can deny the power of this song. When that riff drops at 25 seconds in, there isn’t a soul that could keep still. For us, this song has some great dynamics to be influenced by, including the addition of the groovy chorus in a different time signature and the ambient bridge towards the end, all while keeping the main riff present throughout. This song overall is just a great one for us to reference when creating structures and grooves to our own songs.