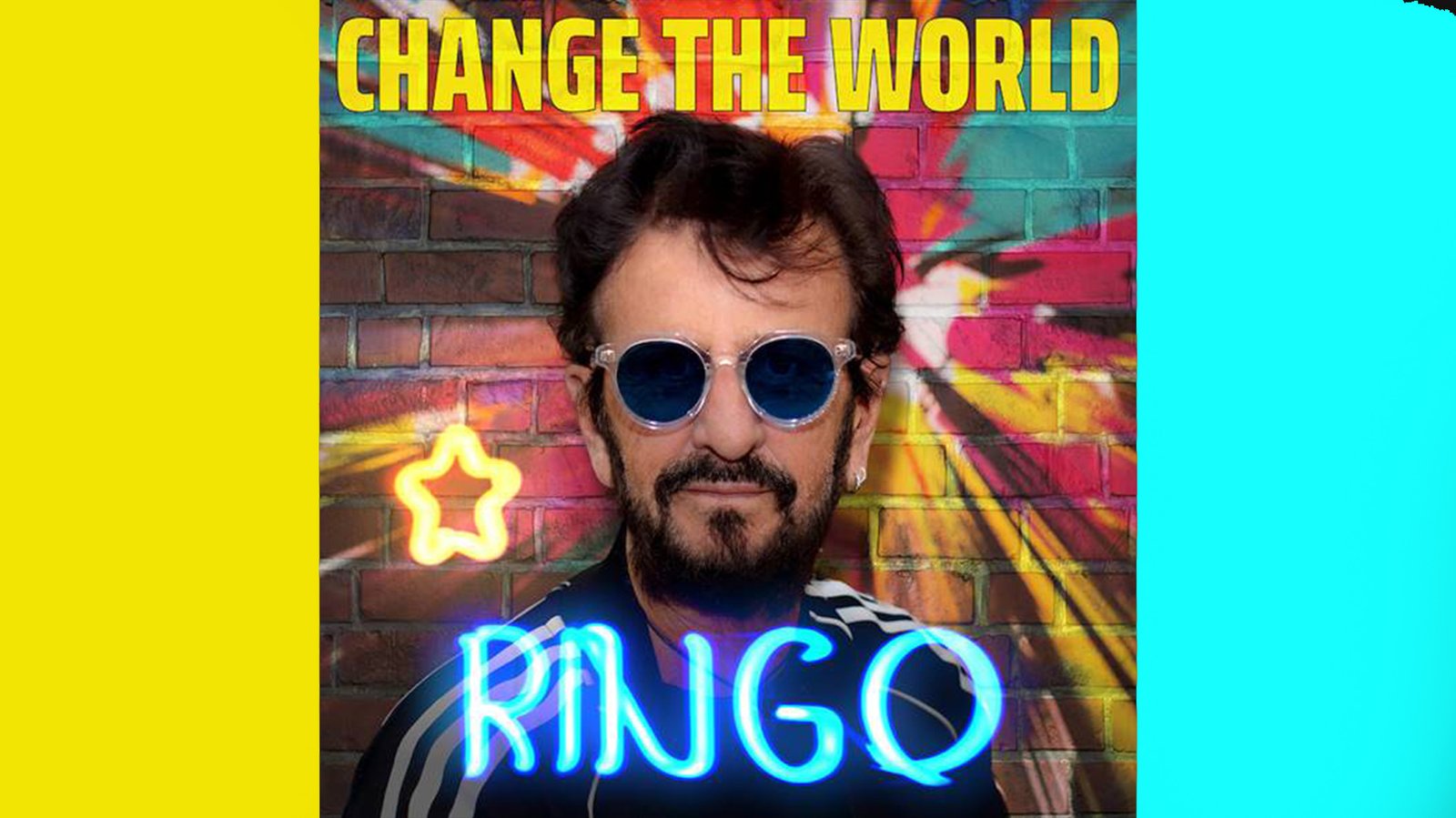 Thursday August 12, 2021 – Today, UMe announces Ringo Starr Change The World, a new EP to be released on September 24, 2021. Available to preorder now here,  these 4 tracks were all recorded at Starr’s Roccabella West studio just as he did for his Zoom In EP released in March 2021, and features frequent and new collaborators, creating songs that span the spectrum of pop, country, reggae and rock and roll.

Ringo comments, “I’ve been saying I only want to release EPs at this point and this is the next one. What a blessing it’s been during this year to have a studio here at home and be able to collaborate with so many great musicians, some I’ve worked with before and some new friends.”

Starr first shared the news on Thursday, August 12 on talkshoplive®, when he appeared on their Rock ‘N’ Roll Channel to give fans the first opportunity to pre-order the new EP.

The lead single “Let’s Change The World” delivers a welcome dose of hope and Starr’s trademark optimism. The song was written by Joseph Williams and Steve Lukather both of whom also played on the track with backing vocals by Amy Keys, Zelma Davis, Billy Valentine and Darryl Phinnessee.

“Just That Way” was written and performed by Ringo and his longtime engineer Bruce Sugar, and it carries on the reggae vibe from Zoom In’s “Waiting for the Tides to Turn” with Tony Chen returning on guitar, joined by Fully Fullwood on Bass and Ed Roth on Hammond B3 with Zelma and Zho Davis on backing vocals.

“Coming Undone” is Starr’s first collaboration with Linda Perry, who wrote and plays on the track also featuring Trombone Shorty. Everyone can relate to having had moments of coming undone, and the tender, melodic country sounds coupled with Ringo’s warm voice offer a welcome reprieve.

For the final number, Ringo rocks his own version of “Rock Around The Clock” revved up by the unmistakable licks of Joe Walsh on guitar.  They are joined by Nathan East on Upright Bass, Bruce Sugar on Piano and Amy Keys and Windy Wagner on Backing Vocals.

Change The World will be available digitally and on CD and cassette September 24; the 10” vinyl releases November 19. Pre-order it here.

For fans who would like to check out Ringo’s appearance on talkshoplive®:  https://talkshop.live/watch/jcYlJRHICg7T