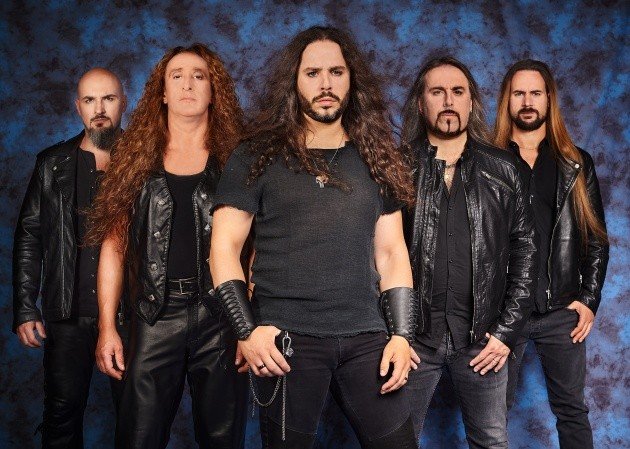 Out Now On AFM Records!

Today Italian symphonic power metal masters RHAPSODY OF FIRE are celebrating the release of their brand new EP, “I’ll Be Your Hero“, which is out now on AFM Records!

The band’s latest album, “The Eighth Mountain” (2019), was the first part of an enthralling trilogy, which will be continued with the release of “I’ll Be Your Hero” and as a precursor of a new album to follow during 2021. “I’ll Be Your Hero” is a musical experience of highest excellence, a journey through the realms of symphonic metal and a lesson in how to combine catchy hooks, sophisticated orchestration and a splendid, powerful and outstanding voice in order to create a true metal masterpiece. Fans of the band and genre, or if you are into fantasy tales and fantasy games, this is a MUST- HAVE soundtrack!

Beside the epic title song, RHAPSODY OF FIRE’s new EP includes 7 more songs: the Japan Bonus track “Where Dragons Fly”, 2 live tracks ( “Rain Of Fury” and “The Courage To Forgive”, recorded on “The Eighth Mountain” Tour in 2019 ), and all four versions of the ballad “The Wind, The Rain And The Moon”, which includes the previously released English version and previously- unreleased versions in Italian, Spanish and French. To celebrate “I’ll Be Your Hero” in glorious style, today the symphonic power metal kings have unleashed a brand new video for the EP title track!

Watch the new clip for “I’ll Be Your Hero” right here:

RHAPSODY OF FIRE is one of the most popular metal acts in Europe, who have raised the bar for their genre. They are the founders of epic symphonic metal, combining Hollywood-like sound landscapes and heavy power metal. The numbers are telling its own tale – with a huge fanbase of over 500.000 fans on facebook, 40.000 Instagram followers, 56.000 subscribers on YouTube and 2 million sold records – while “The Eighth Mountain” entered the German album charts at a phenomenal #22 – RHAPSODY OF FIRE belongs to the first league of metal. 2021 will see the band to release a brand new album through AFM Records, with more details to follow in the not so distant future….

But to shorten your wait, the “I’ll Be Your Hero” EP is out now, available as CD and Digital, purchase your copy at THIS LOCATION!