Legendary hard rock and heavy metal icons Quiet Riot have announced the release date of their
forthcoming new studio album, ‘Hollywood Cowboys’, on which the band continue their historic journey
with founding member/drummer Frankie Banali joined by bassist Chuck Wright and guitarist Alex Grossi.
For their previous release, ‘Road Rage’, fans of the band had been introduced to powerhouse vocalist
James Durbin. With ‘Hollywood Cowboys’, James has done a phenomenal job.
When asked how ‘Hollywood Cowboys’ differs from other Quiet Riot albums, Banali says “This is our most
diverse release. The songs run the gamut from straight ahead balls to the wall rock tracks, to a blues song,
to double bass drum pedal to the metal songs and straight ahead rock tracks. There is a whole lotta
grooves going on!”
Musically, this new record offers exactly what you would expect from the band – arena ready hard rock
with strong hooks and infectious riffs, plus a maturity in the songwriting that only a band with such a history
and pedigree can offer.
As for the lead track, ‘Don’t Call It Love’, Banali adds: “The song essentially started with a straight-ahead
drum groove that incorporates tempo lifts within the arrangement. It made it possible for my songwriting
partner Neil Citron and I to write and build a very concise track as a vehicle for what would follow
lyrically. My dear friend and amazing songwriter Jacob Bunton then wrote the lyrics for this track and
several others as well as providing background vocals and just did a fantastic job.”
Quiet Riot are back stronger than ever and in perfect metal health with ‘Hollywood Cowboys’!
QUIET RIOT
BRIEF BIOGRAPHY
Quiet Riot is a rock & roll phenomenon. Widely known as the first heavy metal band to top the US pop charts,
the Los Angeles based quartet became a global sensation thanks to their monstrous smash hit 1983
the album, ‘Metal Health’. It topped the Billboard album charts for several months, while its follow up,
‘Condition Critical’, went double platinum. The band has continued to record (a total of 11 studio albums)
and tour throughout their three decade-plus career.
Frankie Banali’s history with Quiet Riot spans almost 35 years and he has the distinction of being the only
band member to have recorded on every one of its releases. After nearly ten years since the loss of his
a friend and co-founding band member Kevin DuBrow, and with careful consideration, soul searching and the
blessing and support of DuBrow’s family, Frankie has moved forward with the band to bring the fans a new
record.
HOLLYWOOD COWBOYS
TRACKLISTING
1  Don’t Call It Love
2  In The Blood
3  Heartbreak City
4  The Devil That You Know
5  Change Or Die
6  Roll On
7  Insanity
8  Hellbender
9.  Wild Horses
10  Holding On
11  Last Outcast
12  Arrows And Angels
Produced by Frankie Banali 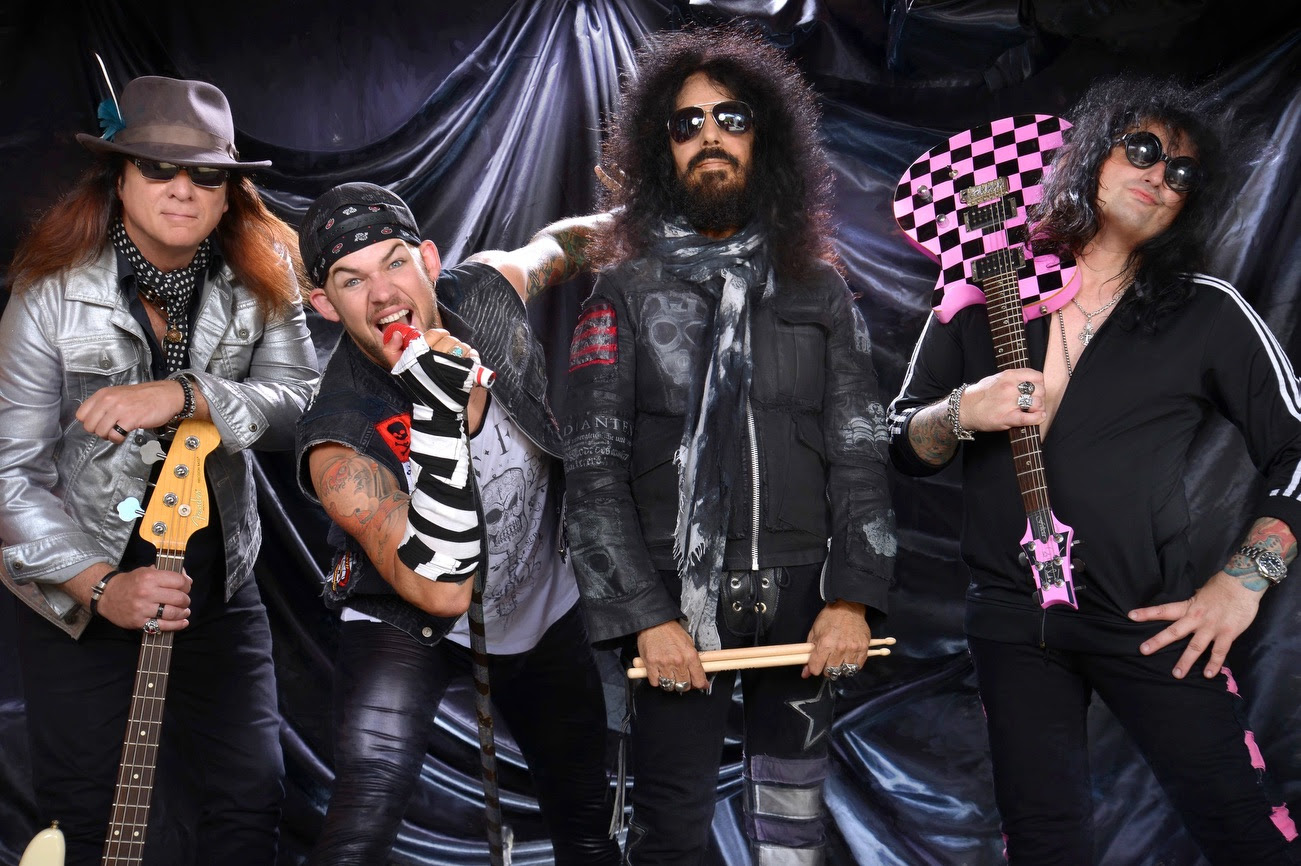 QUIET RIOT : 2019 / photo by Christopher Ameruoso
QUIET RIOT
Frankie Banali – drums
Alex Grossi – guitars
Chuck Wright – bass
James Durbin – vocals
https://quietriot.band
facebook.com/quietriot
twitter.com/quietriot
instagram.com/quietriotband
ABOUT FRONTIERS MUSIC SRL
Originally founded in Naples, Italy in 1996 by Serafino Perugino and his father Fernando as a
distribution company, Frontiers has developed into one of the premiere independent rock labels in the
world. Synonymous with quality music from across a broad spectrum of rock genres, the company has
worked with multiple genre heavyweights and fan favourites. Aside from providing a home for classic
artists from the 1970s and 80’s, it also boasts a wealth of young, up and coming talent that, with a savvy
and forward thinking A&R and marketing approach, will be developed into the future of rock and metal.
With a deep commitment to and passion for THE MUSIC and the artists who create it, plus massive
global distribution, sales, marketing and publicity channels, Frontiers is the premiere home for both
established and emerging rock artists.
Head Office: Naples, IT | U.S. Office: Nashville, TN
Subscribe to be alerted when new videos are added:
radi.al/SubscribeFrontiers
Follow the ‘Newest From Frontiers’ playlist on Spotify:
spoti.fi/1rQz5Zm