PVMNTS
ANNOUNCE RETURN TO THE UK

Following the release of their debut EP “Better Days” and performances at the final Vans Warped Tour, LA pop punks PVMNTS have announced their highly-anticipated return to the UK with support from The Bottom Line.

The band comment, “We knew we would feel right at home after our first show in the UK. The support was incredible and the shows unforgettable. To say we are excited to be back, is a huge understatement.”

The band have also released a music video for “Chemical Trails”, which you can check out here:

Produced by Kyle Black (New Found Glory, State Champs), Better Days is the sound of a band unafraid to dig deep within themselves to tackle topics of depression, anxiety, death and self-doubt – offering a lyrical heft to match their musical bite. PVMNTS shared that “with only 6 songs to debut our sound, we wanted to make sure this little EP was as eclectic as possible. There is lots of heavy emotion mixed with light hearted and uplifting tunes.”Drawing from influences like Blink-182, The Story So Far, Taking Back Sunday and so many more major bands in this scene, PVMNTS are ready to take the lead of this next generation of pop-punk. 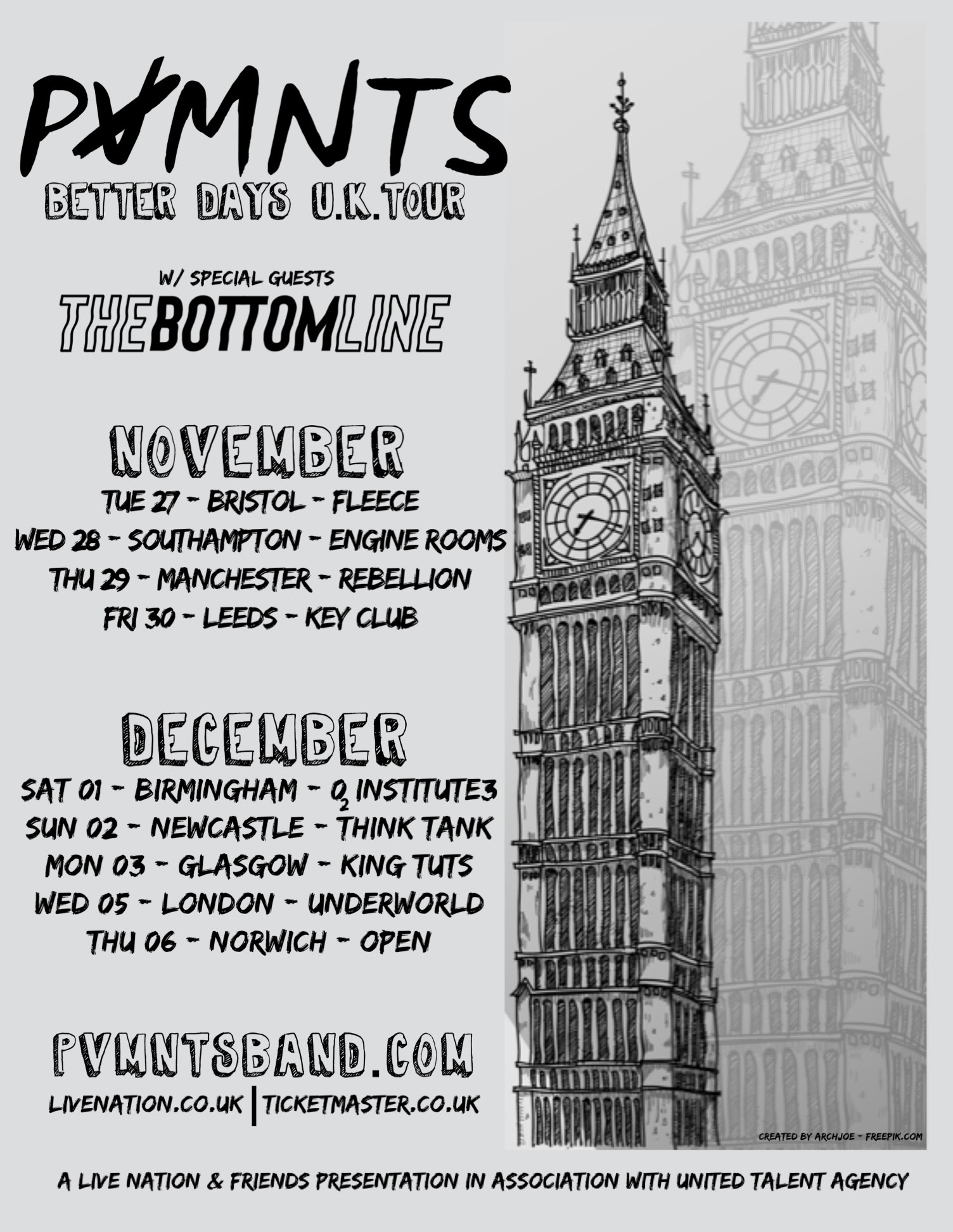