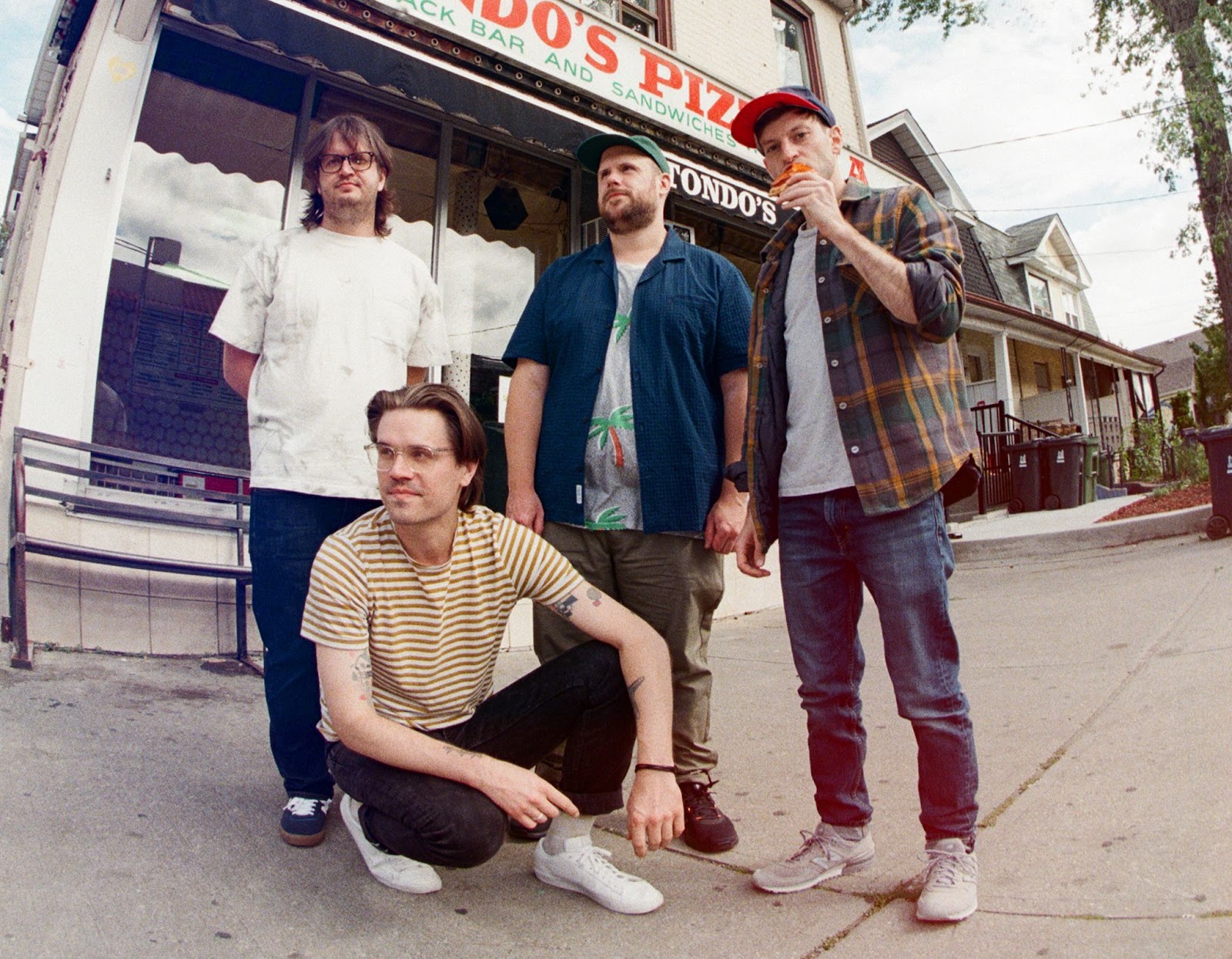 “Matilda is the name of my favourite guitar. She was a gift from my friend Ryan, after watching me accidentally break the only guitar I owned in the middle of a long tour. I had no money to buy a replacement, and Ryan’s act of kindness is up there on my list of “nicest things anyone’s ever done for me”. I played Matilda nonstop for 7 years at every PUP show, even when my bandmates started complaining that she sounded like shit. As the band got bigger, the pressure to sound better was building and so I bought a “good” guitar and played Matilda less and less. Before I knew it I hadn’t played her in over a year. I wrote this song based on this intense feeling of guilt and sadness and shame and nostalgia and regret, watching her rot away in a corner. I love this guitar and I love Ryan and wanted to do right by them, and I felt like I’d failed them both. I convinced the band that Matilda deserved one last rip on a PUP record, and I played her during the bridge of this song. It sounds so shitty. But good shitty. Great shitty. For me, it was the most joyful and cathartic moment in the entire making of this record.”

PUP will unravel right before your very eyes on tour starting next month, and today they announce another slew of tour dates. See below to find a show, including festivals such as Coachella & Shaky Knees, below. Tickets are on-sale now HERE.

THE UNRAVELING OF PUPTHEBAND was recorded and mixed over the course of five weeks in the summer of 2021, in GRAMMY Award-winning producer Peter Katis’ bat-filled mansion in Connecticut. Full of typically furious, ridiculous and anthemic songs, the recording process allowed PUP to push themselves further than ever before. With more time in the studio, they were able to craft their songs sonically in a way they were unable to in the past, and allowed themselves to incorporate new instruments like piano, synths, horns, and more for the first time. Though made in madness-inducing isolation (aside from Peter and the bats, of course), PUP were remotely joined on the album by Sarah from Illuminati Hotties, Kathryn from NOBRO, Mel from Casper Skulls, and Erik from Remo Drive. The result is not just the next PUP record, but the *most* PUP record. 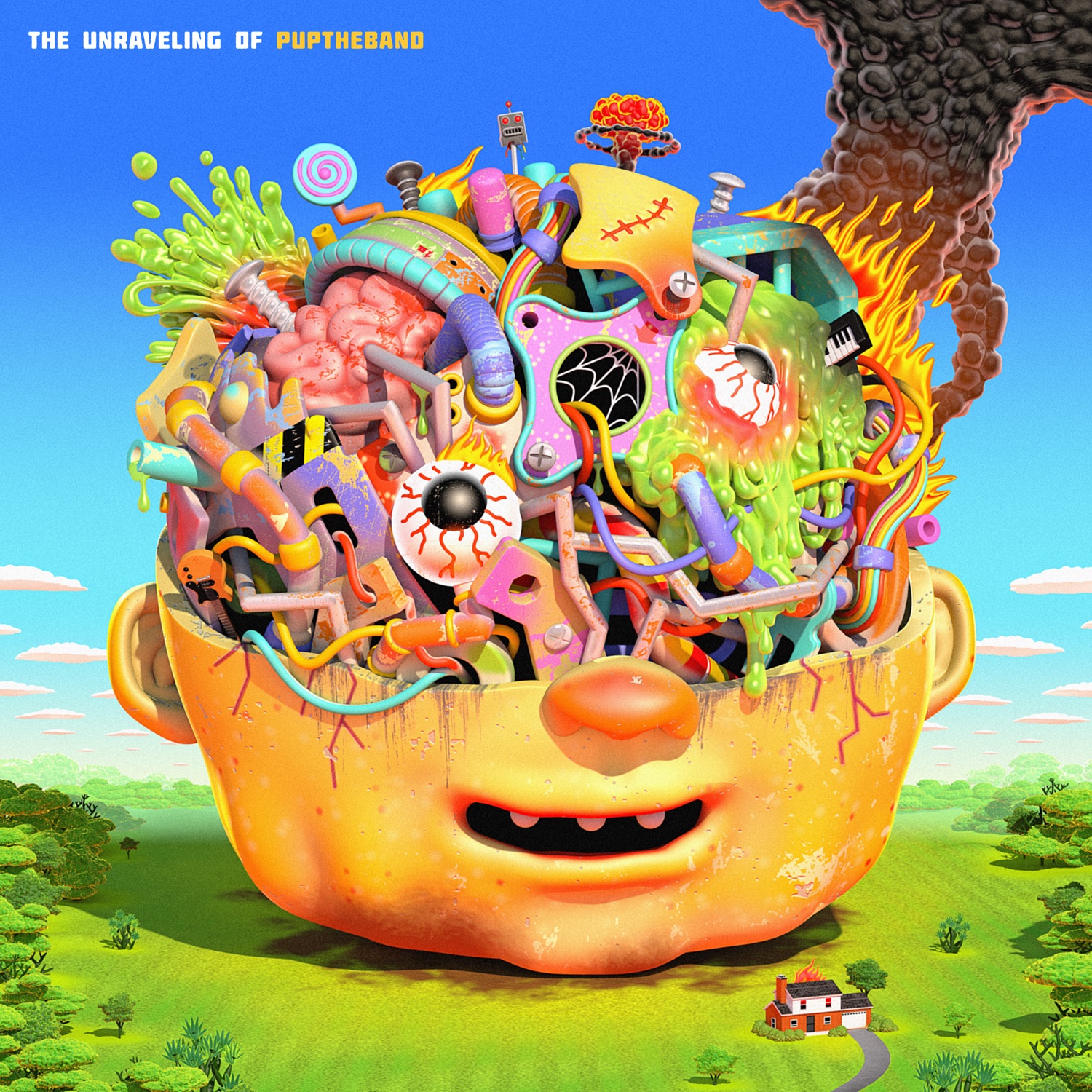 ! with support from Casper Skulls

# with support from Skegss

^ with support from Pinkshift

* with support from Cloud Nothings

+ with support from Sheer Mag

More on THE UNRAVELING OF PUPTHEBAND:

PUP released Morbid Stuff in 2019 to critical acclaim, earning countless year-end nods from the likes of Pitchfork and NPR, their late-night debut on Late Night With Seth Meyers, the JUNO award for Alternative Album of The Year, the short list for the Polaris Music Prize, and sold-out shows across the globe. Two years later, they spent a few weeks in the Summer of 2021 in a mansion in Connecticut with Peter Katis (Interpol, Kurt Vile, The National) to record and mix their new record, THE UNRAVELING OF PUPTHEBAND.

The band—Babcock, bassist Nestor Chumak, drummer Zack Mykula, and guitarist Steve Sladkowski—more or less never left. When the band got comfortable in its strange new home, the (figurative) walls came down. “As the weeks passed, we seemed less and less rational, objective, and sane,” Babcock says. “You can hear the band start to fall off the cliff, and because of that, I think this record is our truest and most genuine to date. There is nothing more PUP than a slow and inevitable descent into self-destruction.”

Every PUP record arrives with an implied “contents under pressure” warning; the tension between the band’s instinct for the melodic and its gift for chaos propels the songs forward while making them also seem close to flying apart in a horrifying spray of tears and gore. THE UNRAVELING OF PUPTHEBAND is the sound of a band that is not just comfortable with but in command of that chaos. “There’s only so many times you can write a song about how much you hate yourself before you write a song about how fucking good you are at hating yourself,” Babcock says. ““I wanted to write about the horrible state of the world, but through a very specific and personal lens. It’s a lot of me trying to articulate my own coping with existential dread, hopelessness, and what I’ve called ‘Grim Reaping’—which is to me, the idea that we are all reaping what we sow, and right now we’re sowing some pretty fucked up shit.”

THE UNRAVELING is not a departure from what got PUP here, really; for all the new breadth, this is still very much the fourth album by the band that has spun songs about The Bad Decisions Lifestyle into scrappy art. The hooks are as bright and barbed as always; the poison threaded through every song is no less potent. But a fourth album should be different from the first, or even the third, and THE UNRAVELING is. “I don’t know that we set out to do new stuff,” Mykula says, of a record on which the band does a great deal of new stuff. “It’s just a band trying to sound as much like themselves as possible. Every record you make, you get closer to that.”

THE UNRAVELING OF PUPTHEBAND is that next step—not towards perfection, or even towards some more perfect version of writing songs about fucking up, but just in the direction of its choice. It’s a product of this endless awful broader moment, but also very much a step forward into that uncertainty. “The whole album process really brought us closer together, even as things unraveled,” Babcock says. “It’s hands down my favorite PUP record, and I don’t think it could’ve been made under any other circumstances.”