Debut Album Shirushi Out May 7 via Kill Rock Stars

“TEKE::TEKE go bigger than before, opting for the type of cinematic music that
makes for a truly engaging listen” – Consequence of Sound
“[‘Meikyu’]  is a tense labyrinthian ride…uniting the band’s influences, both modern and traditional, for a fresh and fascinating take on Japanese psych punk” – Under the Radar
“Raw energy and sound…this outfit plays traditional Japanese
instruments up against raging guitars” – KCRW
“Genre-busting…sumptuous tracks that show off the bands’ scope and range.” – BrooklynVegan
“Theatrical blend of psych, surf rock and traditional Japanese folk…
led by Maya Kuroki’s emphatic vocal stylings” – Exclaim! 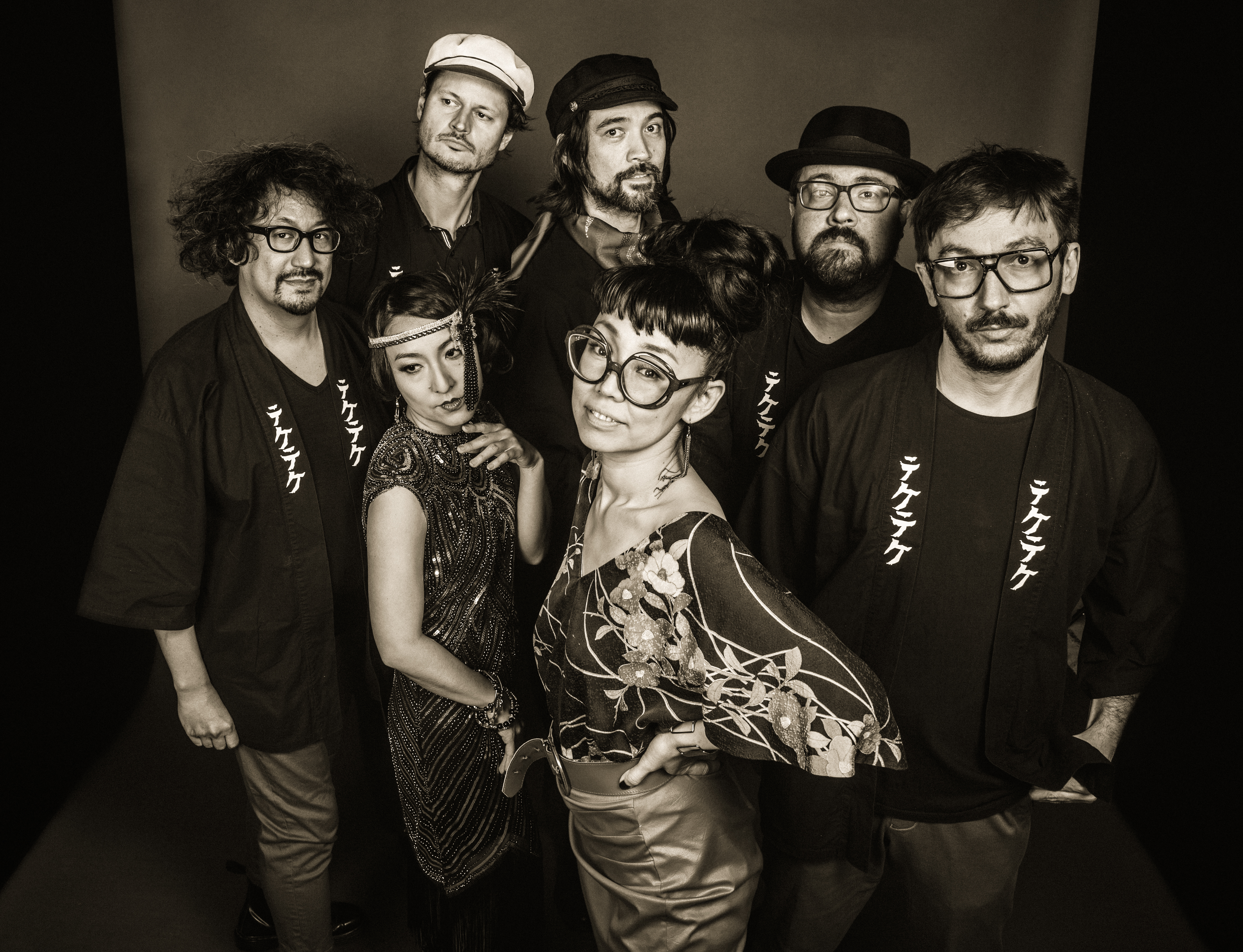 On the heels of last month’s ferocious “Meikyu” and ahead of next week’s BrooklynVegan & M for Montreal virtual SXSW showcase, seven-piece Japanese psych-rock band TEKE::TEKE are back with an otherworldly single + video for “Yoru Ni.” Taken from upcoming LP Shirushi – out May 7 via Kill Rock Stars – the single packs TEKE::TEKE’s characteristically heavy punch. Mean guitar licks doubled by intricate traditional Japanese shamisen and shinobue all meld with a wave of trombone & flute stabs with surfy guitars, immediately throwing you into an old-school spy flick. The lyrics, however tell a different story: a somewhat romantic spiritual tale about letting go of a delusional quest — hence vocalist and visual artist Maya Kuroki’s breathy whispers and some poetry en français before bursting again with a desperate cry in the song’s intense choruses. “‘Yoru Ni’ (which translates from Japanese to ‘At night’) was literally written in the middle of the night,” guitarist Serge Nakauchi-Pelletier explains. ‘’I woke up suddenly and had this melody in my head, as if it had come to me from another world. It really felt like I was following some kind of spirit or ghost, it was taking my hand and wanted to take me somewhere.” 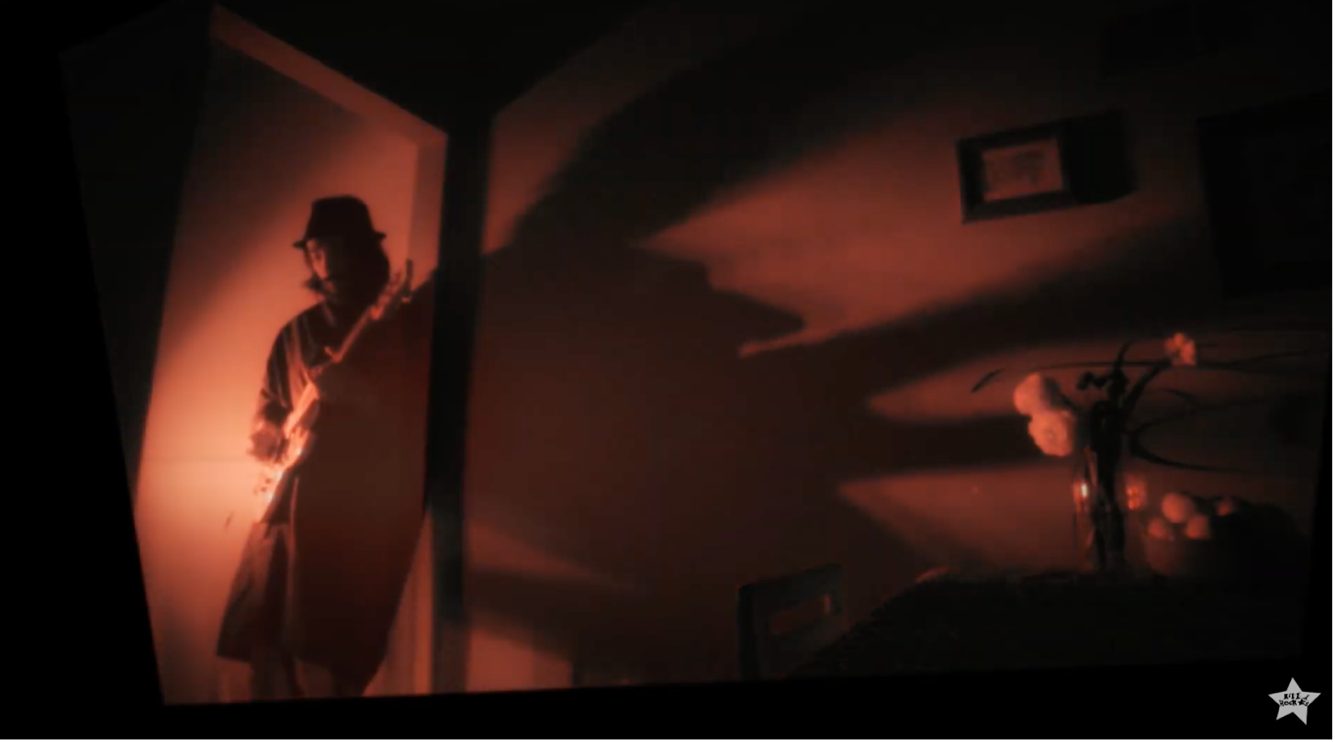 The Montreal-based seven-piece find a mystic cohesion across all of Shirushi (“sign of big changes to come”), as it was inspired by the Japanese practice of kintsugi — the art of mending broken pottery by fusing the pieces back together with seams of gold, silver, or platinum lacquer. “There’s always something hopeful that comes after destruction,” Nakauchi-Pelletier says. “Next comes rebirth, and we get to learn again.” The album glues classic Japanese balladry, surf rock, psychedelia, and more together into a set of songs that play like soundtracks to a wildly eccentric epic film saga. The band incorporates traditional instruments, influences from ‘60’s/70s Japanese soundtracks, and the sentimental balladry of Japanese enka – yet Shirushimanages to sound as if it comes from some distant future.

Lead single “Kala Kala” perfectly encapsulates this refusal to be contained, building from an expansive ambience to an elephantine instrumental hook, Kuroki’s voice darting over the top. “The Japanese language allows for visual, colorful poetry, and the lyrics tell a story with a lot of different colors, strong vibes, and emotional themes,” Kuroki says. In that way, each individual track plays out like a lost classic soundtrack with its own genre and storyline, even for those who may not have the benefit of the literal translation of Kuroki’s lyrics. A trained actor and visual artist, Kuroki’s place at the front of the stage for TEKE::TEKE masterfully amplifies their already dramatic arrangements.

After initially forming as a tribute band for Japanese guitar legend Takeshi Terauchi, TEKE::TEKE learned that they had to tear up their surf-tinged covers and build something new. Since then, the Montreal-based seven-piece have expanded their already wide scope into a dazzling journey through classic Japanese balladry and Brazillian psychedelia alike. Fusing everything from traditional Japanese instrumentation to punk guitar, TEKE::TEKE have created their own musical universe – one that’s continuously expanding. 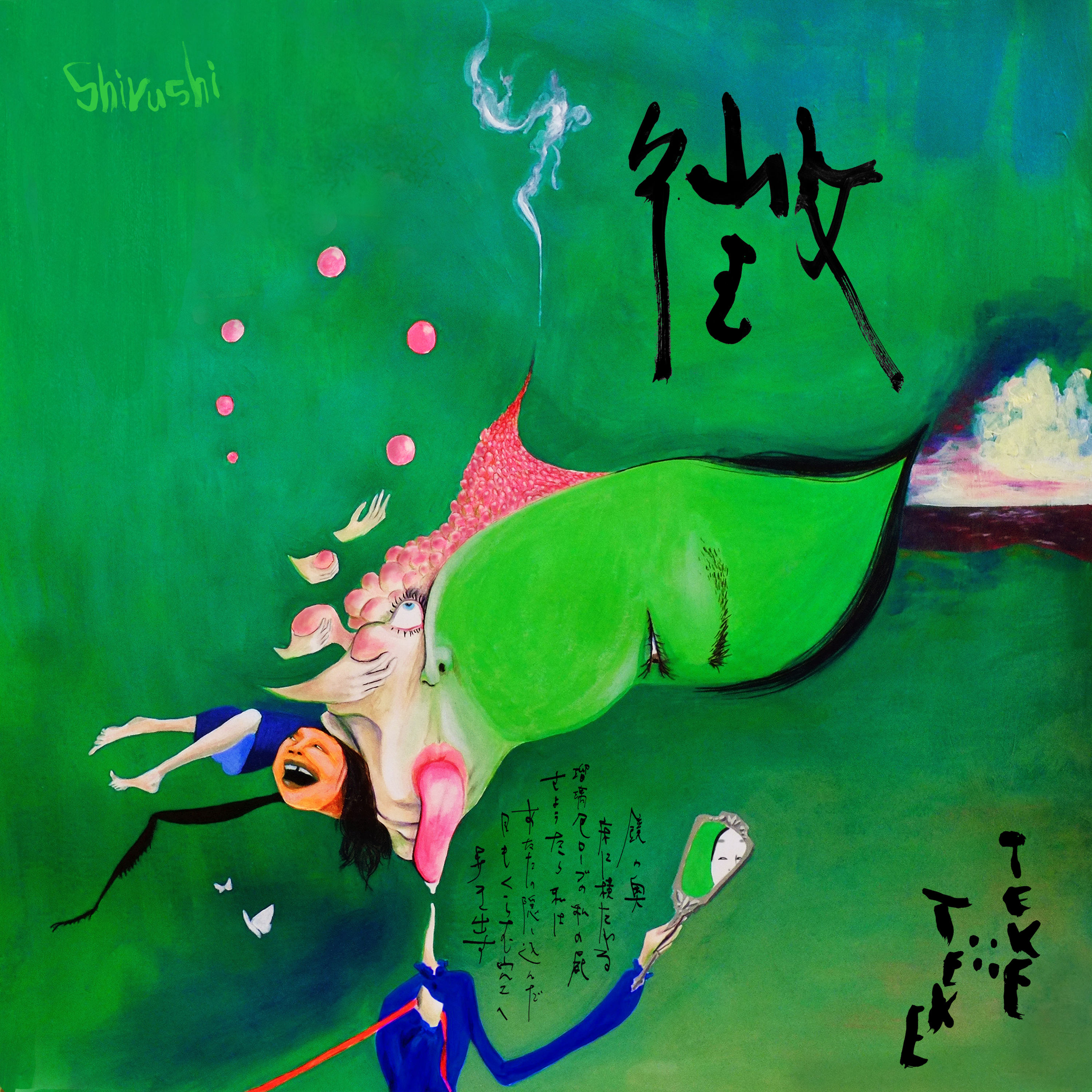