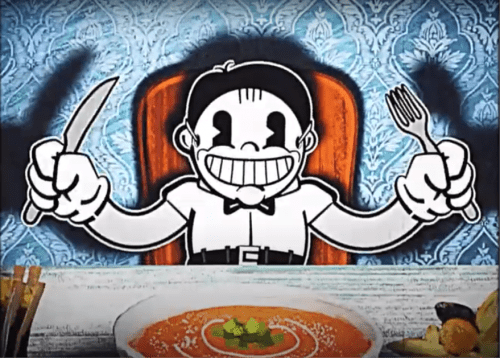 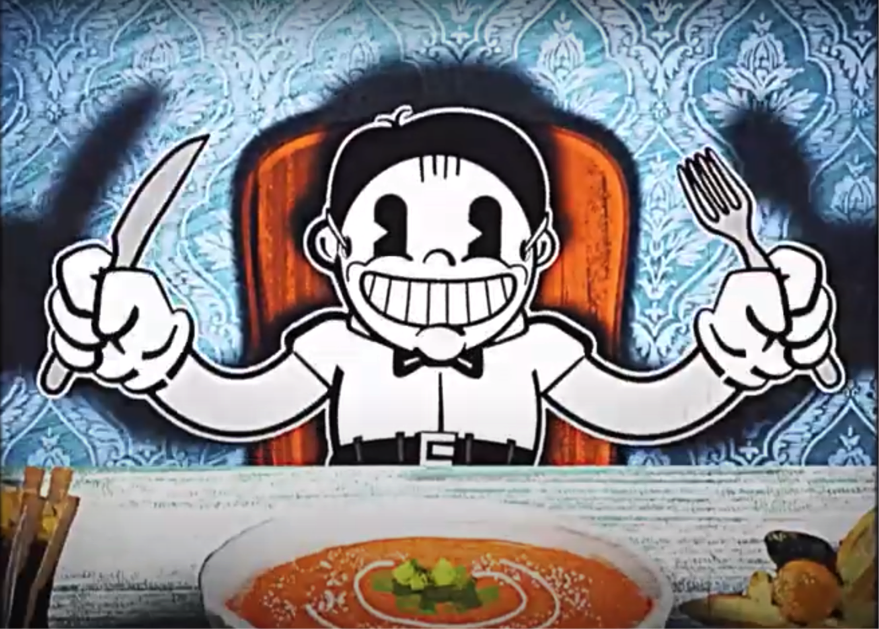 Prosperina have released the video for their latest single ‘Boot’, which is taken from their forthcoming album Flag, which is coming out May 21st. Pre-order here.

The animated video follows ‘Boot Boy’ marching along on his hypnotic and lysergic journey, which really captures the sentiments of the track’s dystopian narrative with its stomping and crushing soundtrack.

The video was created by Zach Evans (Foo Fighters) and the track itself was inspired by dystopian literature including George Orwell’s 1984 with the chorus hollering “If you want to see a vision of the future, picture a boot stamping on a human face forever.”

The track also features a spoken word midsection, an extract from George R. Stewart’s sci-fi classic ‘Earth Abides’, explores the sentiment of humans’ minute importance to the earth.  Both post-apocalyptic and dystopian, it could be an outtake from Pink Floyd’s The Wall.

Woolcock adds, “‘Boot’ is an anthem for the disenfranchised Left. It feels like a counterpoint to the culture of pretence that things will always work out ok given time – a Hollywood trope that’s not always the case in the real world. ‘Boot’ is a track that is intended to rouse people from the morphine-esque stupor created by social media.”

It follows the release of the album’s debut single ‘Deep Never’, which was hailed by Guitar World as carrying “the emotional weight of Alice in Chains and the progressive tendencies of Soundgarden.” The song comes with a fiery, apocalyptic lyric video which you can watch here.

The new album see Prosperina return with their most expansive vision yet. It examines the helplessness and fragmentation of modern life, whilst delving into the emotions of loss, grief and fear. There is a melancholy throughout but a triumphant resolution to this powerful lamentation.

The narrative underpinning Flag will no doubt leave you thinking the band wrote it during the current climate, as it’s an album that focuses on an oppressive dystopian existence. But it was actually recorded in West Wales in December 2018, though it was no less a difficult period for several members of the band, which leant real depth to the darkness at the album’s heart.

Whatever pains the band experienced have been channelled into powerful anthems with rousing choruses. Their masterly control of dynamics and genre crossing songwriting aids the extraction of the pop from the prog and the drone from the doom.

They were also one of the many casualties of the PledgeMusic collapse, though not entirely without irony considering the album’s overarching themes. But despite the large financial loss, the band finally managed to honour their fans prior commitments to them and find the money to enable them to release the album.

Woolcock explains, “We had a bit of a trial to get to this point but we wanted to make sure our supporters got what they wanted, which meant spending a fair bit of our own personal savings to make it happen, as well as that of a very kind friend who supported us to get over the final hurdle.”

Despite the hurdles, emotionally and logistically, Prosperina’s dogged determination has never ceased and there’s never been a more appropriate time for Flag to be released.