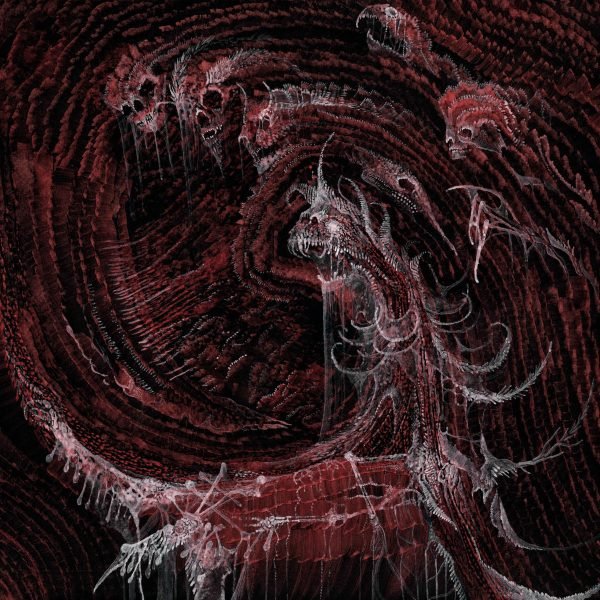 I’m sad to say Profane Desecration slipped by me in 2020 with their self-released demo / live rehearsals.

But I’m so happy I was given this album to review, as by god it’s a stonker of a release.

Profane Desecration is quite a low-key secretive band.

I couldn’t find any real back story behind them. Only that the demo was their first release & the line comprises K (Guitars), B (Bass & Vocals) & M (Drums).

But when i saw this album was getting released on Godz ov War Productions a great label based in Poland, Where I had previously reviewed their release of Chainsword’s – Blightmarch (A fantastic release if you haven’t checked it out) I got very excited as I know the labels calibre of releases is top-notch.

So what do we get with “Abysmal Stillness”?

Well, we get a very solid, aggressive but also progressive brutal death metal album. Now usually I would cite a load of bands through the review who I feel the band I’m reviewing reminds me of.

But Profane Desecration honestly has their only thing going on within their sound.

At parts throughout the album, I hear sections that remind me of Nile, Deicide & Mayhem. But still, these are only slight passages & the closet band I feel I could tell a friend or colleague what Profane Desecration sounds like.

I feel for the first time in a while Profane Desecration is the first band to surprise me with a very fresh new sound, that is all of them & that makes this album so refreshing.

The opener “Dead Planet” opens with a surprising sample from the cult film Cyborg. “I like the death! I like the misery! I like this world!” which gives you an insight to the pure torture & brutality that is about to be unleashed onto your ears.

This track from the opening note is just full of piss & vinegar. Raw to the bone.

Even as a three-piece the dynamic between all three members work so well. Full of blasting drums, chainsaw guitar tone, a nice punchy bass sound & furious vocals by B.

The following track “Leave No Trace” is better.

Breakneck speed drumming & guitar work make this song frantic & chaotic but in the best way possible. B’s vocal delivery on this track is also a stand-out. The chorus for the track too also stands out & is very catchy.

Later on the album track, five “Forest Graves” flips the script and shows the band can turn it up even more in brutality by writing a track that has some of the most interesting technical guitar riffing I’ve heard recently.

At 1000bpm the riff just explodes into a barrage of noise that drives the track forward, but each passage it slightly changes in intensity which makes that album so raw & organic.

Profane Desecration has been able to create something very special here. Not only for a debut release is this an impressive feat but all around this is an album not to be slept on. Thirty-two minutes of refreshing but also unnerving brutal death metal that will surprise new listeners & veterans to the death metal ethos.

Abysmal Stillness is out via Godz ov War Productions on September 24th, 2021

03. The Reaper Is Waiting