DEBUT ALBUM THANKS FOR COMING OUT NOW
LISTEN IN FULL HERE 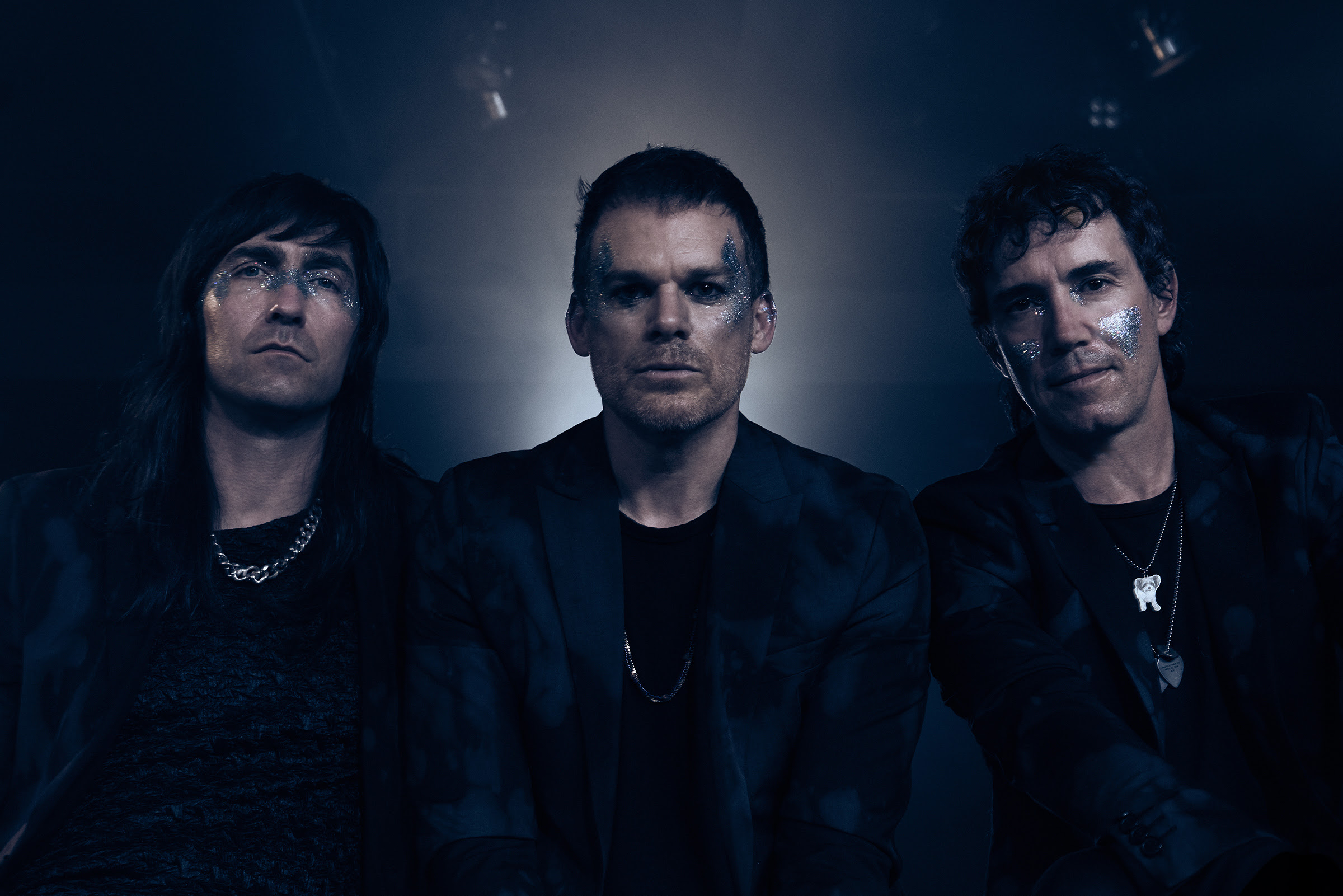 The video arrives ahead of their UK & EIRE Headline Tour that kicks off next week in Bristol (27/11), with subsequent dates in Manchester, London, Birmingham, Glasgow, Dublin and more. With the Manchester show now SOLD-OUT, tickets for the remaining dates are on sale now and selling fast.

Taken from their debut album THANKS FOR COMING, the video for “Tomorrow’s Screams” was shot by Lexie Moreland and finds bandmates Michael C. Hall, Matt Katz-Bohen and Peter Yanowitz trapped in a mental maze of clashing feelings as they walk through mundane acts that the camera exposes to be magically intriguing. Each occupy their own world and slowly begin to congregate toward a collective that is seemingly more settled with a prescribed sense of calm and comfort.

“I laid in bed with headphones on one night and listened to the song on loop for hours until I fell asleep, just letting my subconscious work it out, jotting down feelings, impressions and visuals as they came,” said Director and Cinematographer Lexie Moreland. “The toothpaste and silly string moments were ones that occurred to me in that way, via a kind of dream state, and I felt they would work with my vision of each of the guys being on a solo, as well as a collective, journey. And then the apple became the unifying symbol, an image that would connect an overall feeling of disconnection, which is really the emotional tone that I felt being communicated by the song. I chose the apple because it’s visually lovely, and it’s also an homage to Magritte’s famous self-portrait ‘The Son of Man.’ I like that as a somewhat subliminal reference since the song, like all songs, is also of course a self-portrait.” 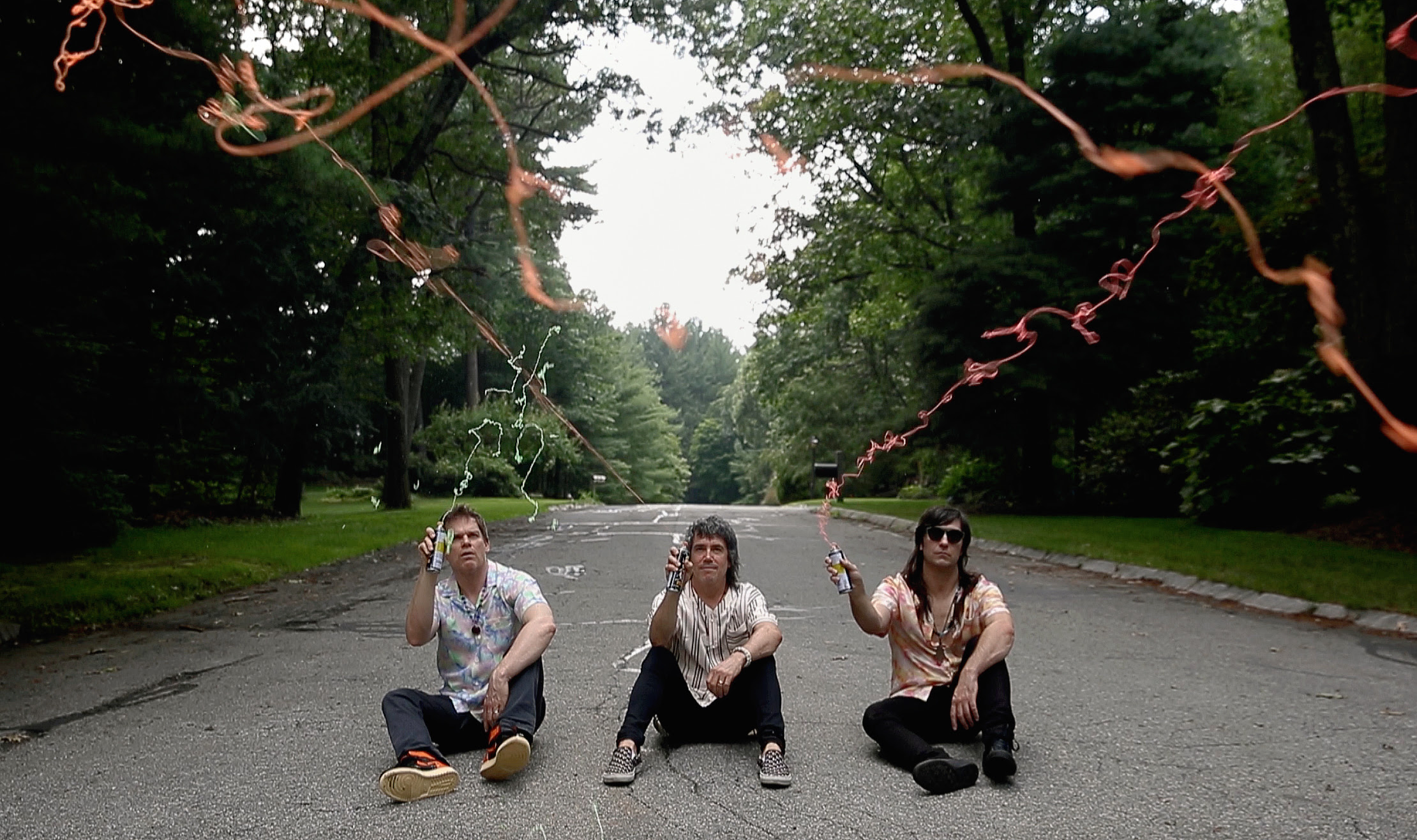 Michael C. Hall is a musical talent and a longstanding Broadway performer, having played leading roles in Chicago, Cabaret, Hedwig and the Angry Inch and was selected by David Bowie to star in his musical, Lazarus. He has also earned many accolades for his acting, including an Emmy nomination for his work on the HBO drama Six Feet Under and a Golden Globe and Screen Actors Guild Award for the acclaimed Showtime series Dexter. His bandmates boast similarly prodigious resumes. Peter Yanowitz began his career playing drums in The Wallflowers before going on to co-found indie stalwarts Morningwood and work with artists as varied as Natalie Merchant, Yoko Ono, Andrew W.K., Allen Ginsberg, and Billy Bragg & Wilco, who enlisted him to perform on their seminal ‘Mermaid Avenue’ collaboration. Keyboardist Matt Katz-Bohen spent the last decade touring and recording with Blondie, in addition to working with Boy George and Cyndi Lauper. 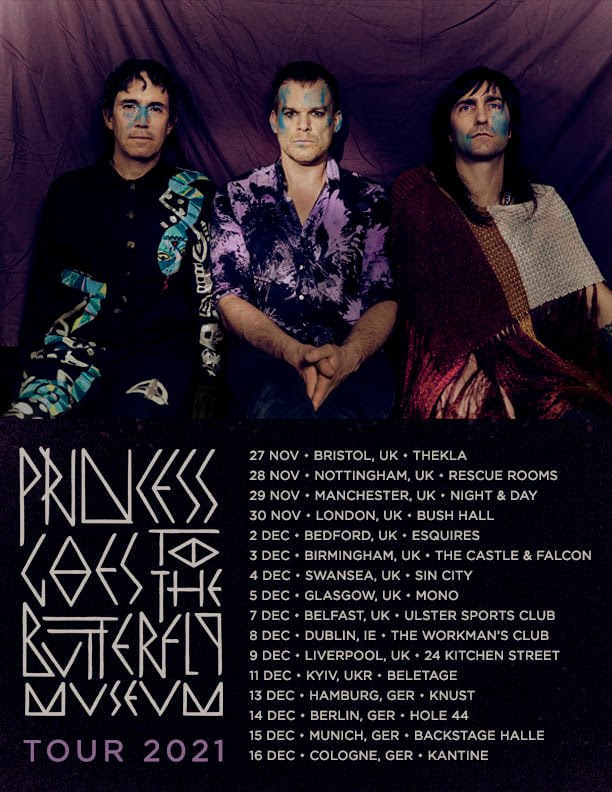 “The fact that all three members met on the set of a rock opera makes a lot of sense. Even the band’s name has a kind of fragile grandeur; the melodrama of their songs tempered by throbbing electronics, driving bass and cavernous reverb. On the band’s debut album, ‘THANKS FOR COMING,’ Hall’s voice is unmistakable: stage-crafted and tightly enunciated, but with an audible cynicism.”
–The Line of Best Fit

“‘THANKS FOR COMING’ is a terrific record; intense, epic – switching between glam-rave-rock and anything synthpop with an entertaining amount of theatricality lingering from the trio’s Broadway origins. The band’s music reveals a range of influences, from Nine Inch Nails to New Order, from Giorgio Moroder to French dance outfit Justice to, yes, AOR titans Boston. Equally diverse is Hall’s vocal range.”
–The Telegraph

“One of the most intriguing debuts of 2021.”
–musicOMH