‘Undress Your Madness’ is the highly anticipated follow up to the critically and commercially successful
Pretty Maids album ‘Kingmaker’, released in 2016 and a record that continued along the revitalised path
that the band set out on with their classic albums ‘Pandemonium’ and ‘Motherland’. It is always difficult to
follow a successful and inspired record, but ‘Undress Your Madness’ shows again that Pretty Maids are
still in the freshest and most vital phase of their career since the early 90’s.
“I think the new album is a kind of continuation of what we’ve done over the last ten years,” says singer
Ronnie Atkins. “I’m really happy about the way it turned out because in my humble opinion there are a
lot of good songs on it and it is probably even more melodic than our previous efforts.”
As always, the production is absolutely stellar thanks to Jacob Hansen (Volbeat, Amaranthe, Kobra And
The Lotus), who has given the band a sound that not only reinvigorates them, but also incorporates the
beloved soundscapes of the past to make it simultaneously modern and classic. “I think it’s a match
made in heaven,” continues Atkins. “There’s a great chemistry between us, we share the same sense of
humour and thoughts about what a good song is, so there’s a lot in common. Quite simply, Jacob is the
most gentle and easy going guy I’ve ever worked with.”
What then can be said about Atkins and his band partner Ken Hammer? Hands down one of the best
songwriting teams in the genre, Atkins’ voice gets better and better as the years go by, menacing and
vicious one minute, melodic and soothing the next. Meanwhile, guitarist Hammer is on fire here and lays
down some of his heaviest riffs in recent memory. Accompanying this dream team, the bass playing of
Rene Shades is as thunderous as ever, propelling the incredible rhythms of the songs along with the
superb drumming of Allan Sørensen. The keyboards of Chris Laney also add a wonderful texture and
nuance to the band’s brilliant new compositions, tying everything together into a perfect package.
Every song on offer is worthy of attention, whether it be in your face barn burners such as the storming
opener ‘Serpentine’, the title track or ‘Black Thunder’, timeless melodic metal anthems like ‘Firesoul Fly’
and ‘Will You Still Kiss Me (If I See You In Heaven)’, or even a superb power ballad like ‘Shadowlands’.
Concludes Atkins: “The album was written in a very short period of time. Basically, it was written in
January this year, just prior to recording it in February, so everything was very fresh when we entered
the studio. So fresh, in fact, that some of the songs were hardly finished when we started, but it all fell
into place as we proceeded with the recordings.”
The final result is ‘Undress Your Madness’, a record that has everything a Pretty Maids fan could
possibly ask for!
UNDRESS YOUR MADNESS
TRACKLISTING
1  Intro
2  Serpentine
3  Firesoul Fly
4  Undress Your Madness
5  Will You Still Kiss Me (If I See You In Heaven)
6  Runaway World
7  If You Want Peace (Prepare For War)
8  Slavedriver
9  Shadowlands
10  Black Thunder
11  Strength Of A Rose
Produced by Jacob Hansen 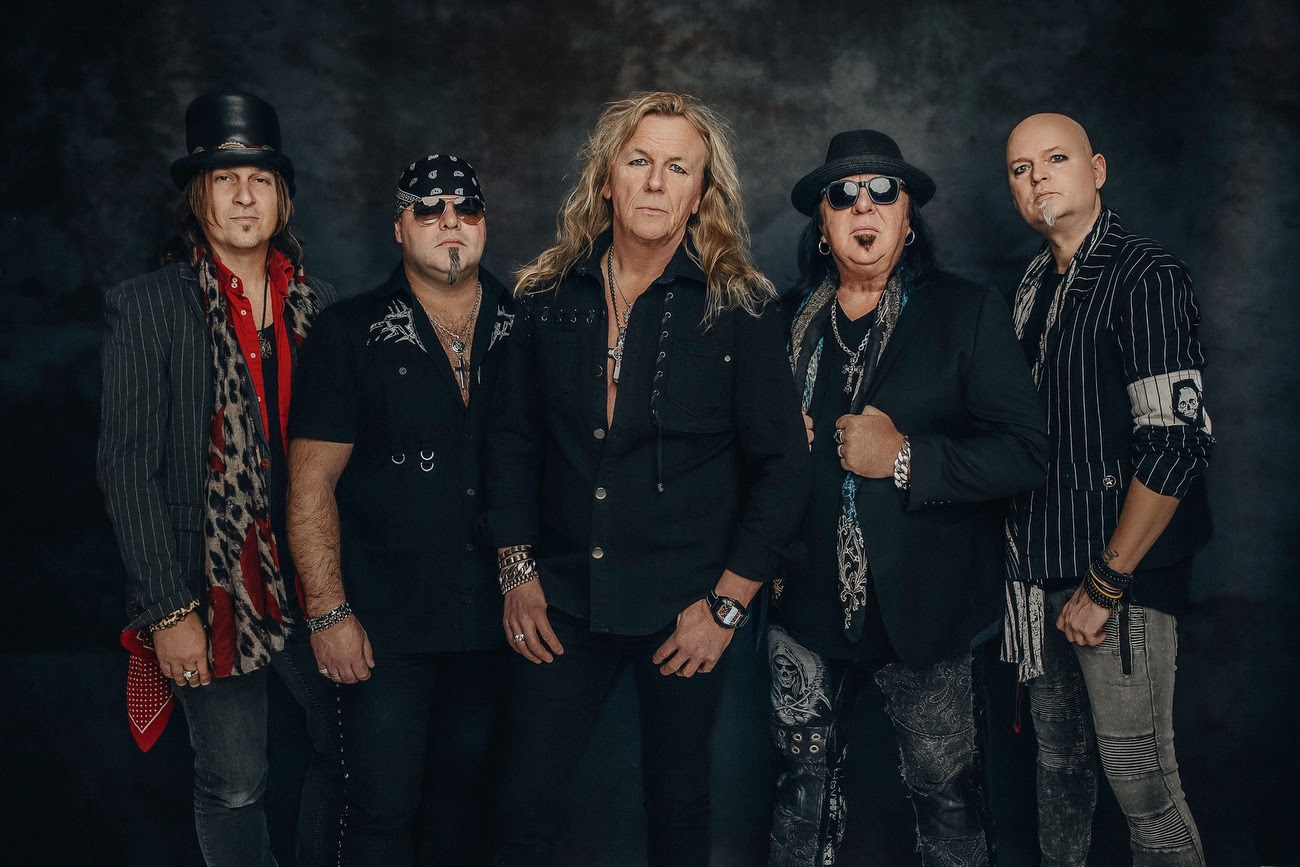 PRETTY MAIDS
Ronnie Atkins – voice
Ken Hammer – guitars
Rene Shades – bass
Chris Laney – keyboards
Allan Sørensen – drums
prettymaids.dk
facebook.com/prettymaids
twitter.com/pmaids
instagram.com/prettymaidsofficial
ABOUT FRONTIERS MUSIC SRL
Originally founded in Naples, Italy in 1996 by Serafino Perugino and his father Fernando as a
distribution company, Frontiers has developed into one of the premiere independent rock labels in the
world. Synonymous with quality music from across a broad spectrum of rock genres, the company has
worked with multiple genre heavyweights and fan favourites. Aside from providing a home for classic
artists from the 1970s and 80’s, it also boasts a wealth of young, up and coming talent that, with a savvy
and forward thinking A&R and marketing approach, will be developed into the future of rock and metal.
With a deep commitment to and passion for THE MUSIC and the artists who create it, plus massive
global distribution, sales, marketing and publicity channels, Frontiers is the premiere home for both
established and emerging rock artists.
Head Office: Naples, IT | U.S. Office: Nashville, TN
Subscribe to be alerted when new videos are added:
radi.al/SubscribeFrontiers
Follow the ‘Newest From Frontiers’ playlist on Spotify:
spoti.fi/1rQz5Zm